"We're not going to be in a recession, in my view," Biden said. 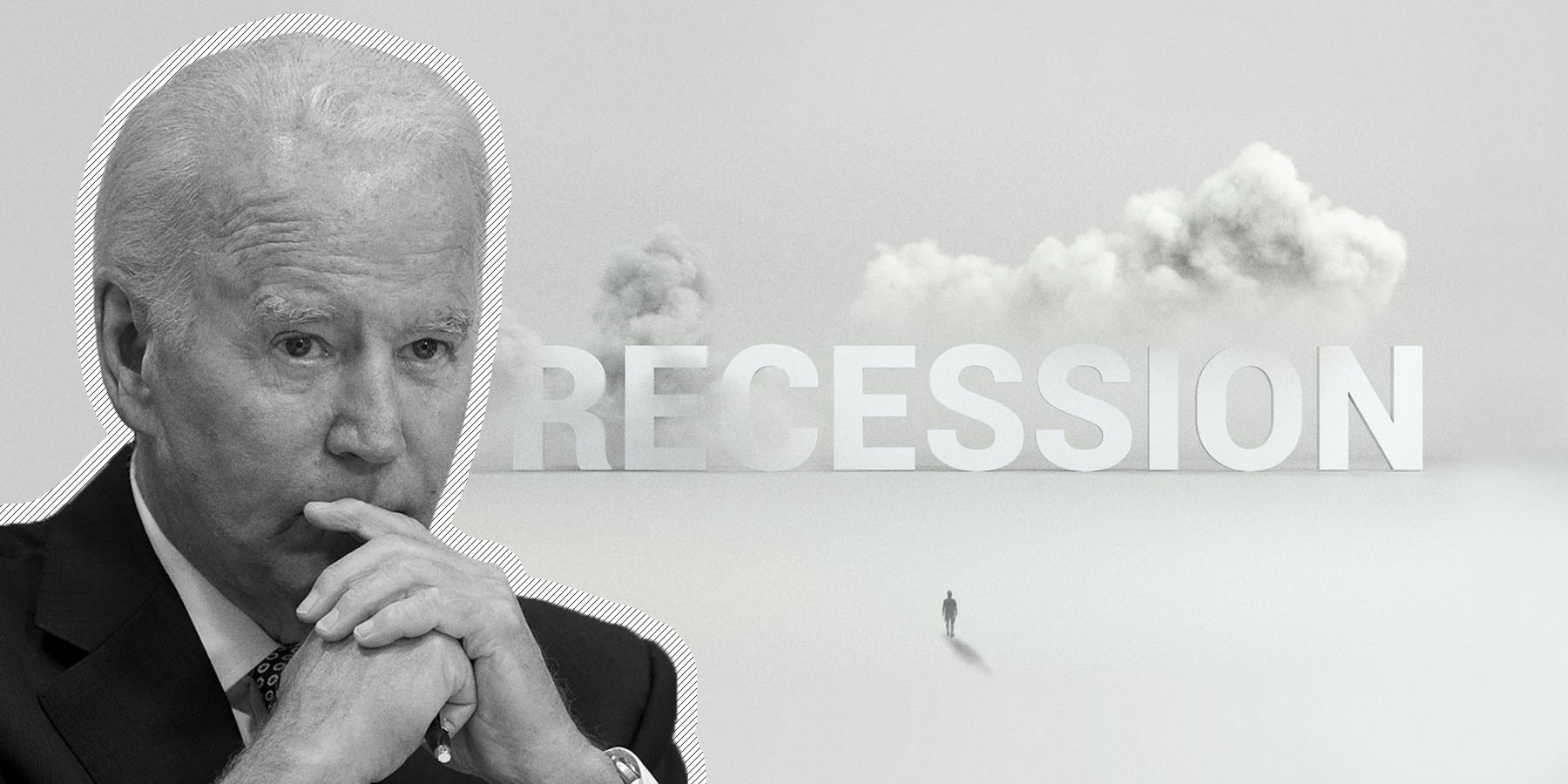 President Joe Biden continued to downplay recession fears during a virtual meeting with CEOs and labor leaders on Monday, insisting the economy is not in recession amid widespread inflation.

"We're not going to be in a recession, in my view," Biden said. "The unemployment rate is still one of the lowest we've had in history. It's in the 3.6 percent area. We still find ourselves with people investing."

On Thursday, the Commerce Department will release its second-quarter growth numbers, a highly anticipated report that could show the economy receding for a second consecutive quarter. If it shows that GDP has fallen again, the US would be in a recession by the definition of the word that states that two consecutive quarters with GDP decline is evidence of recession.

The Biden Administration has argued that even if the number turns out to show a second straight quarter of negative growth with no signs of easing up, the US economy will not be in a recession. Reporters have caught on to the Biden admin's misdirection tactics: "Is the White House trying to change the common definition of a recession?" a reporter asked White House press secretary Karine Jean-Pierre, who evaded answering the question.

Aside from the second quarter GDP numbers on Thursday, the US is expecting a number of key economic reports this week including Tuesday's consumer confidence survey and Friday's Personal Consumption Expenditure index. The Federal Reserve also meets on Wednesday to discuss interest rates.

Several White House officials have spent the past week denying the idea that the economy is in recession, despite troubling trends. "Even if that number is negative, we are not in a recession now," Treasury Secretary Janet Yellen said Sunday on NBC. "And I would, you know, warn that we should be not characterizing that as a recession."