MTG: 'A Republican majority is completely worthless' if it doesn't stop the medical mutilation of children

"This is child abuse, and it should be completely illegal. And anyone that performs those therapies or those surgeries, they should be in jail," Greene told Libby Emmons at CPAC. 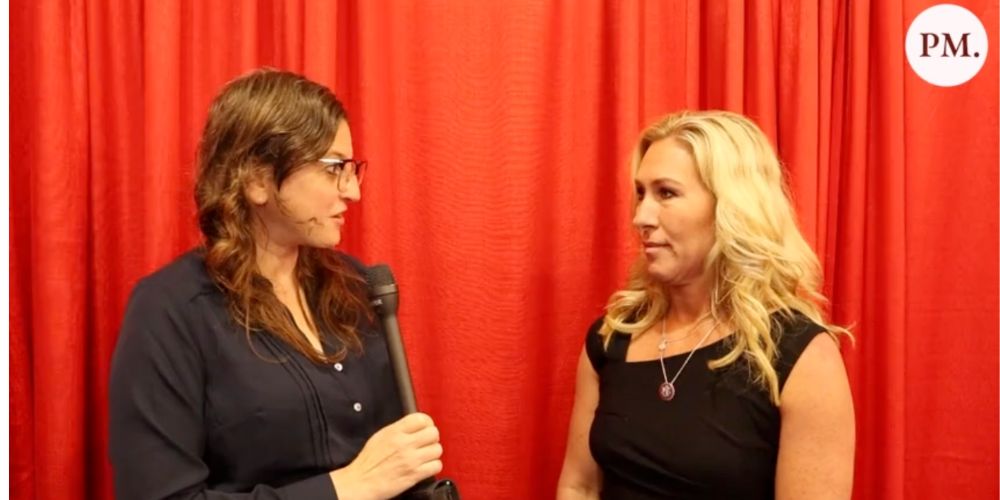 Congresswoman Marjorie Taylor Greene (MTG) spoke to The Post Millennial's Libby Emmons at CPAC about what a GOP led Congress should focus on should they retake the House majority in the 2022 midterm elections. Among those are her concerns about medical gender transition of minors.

"A Republican majority is completely worthless if we are not standing up and stopping this," MTG said. "The Republican Party needs to be the party that protects children, stops puberty blockers, hormone therapy, genital mutilation surgery of anyone under 18—before they're old enough to actually make a decision."

The Congresswoman said she was working on legislation that would work to protect children from the predations of radical gender ideology. On July 18, President Joe Biden's Assistant Health Secretary Dr. Rachel Levine, a biological male who identified as transgender after marrying normally and fathering children, advocated for the medical transitioning of children. The government official deployed the euphemism "gender affirming care" to refer to giving children life altering drugs or surgeries.

"Young men that are being castrated [are] going to have lifelong, horrible medical conditions from it," MTG mentioned while citing several other lifelong, irreversible effects from these procedures, such as kids getting double mastectomies.

"This is child abuse, and it should be completely illegal. And anyone that performs those therapies or those surgeries, they should be in jail," Greene stated.

The Biden Administration has been broadly normalizing the medical gender transitioning of children, as they have fought states, such as Florida, that have passed laws banning or restricting the harmful practice.

"Do you think that it is fear that is keeping so many Republicans from speaking out on this issue?" Emmons asked.

"Yeah, it's always fear. And that's what upsets me with my own party," Greene replied.

"This is an easy issue," Greene said, "It's a win-win. And I really hope to see more of my colleagues get on board."

Emmons' conversation with Greene also covered the Inflation Reduction Act and how it will tax the middle and lower classes as well as target "small business owners, probably conservatives" through its expansion of the IRS.

The congresswoman from Georgia also remarked that when the Republicans retake the house in November there will be an investigation into the "Biden crime family."