Poilievre was a cabinet minister under Harper from 2013 to 2015. 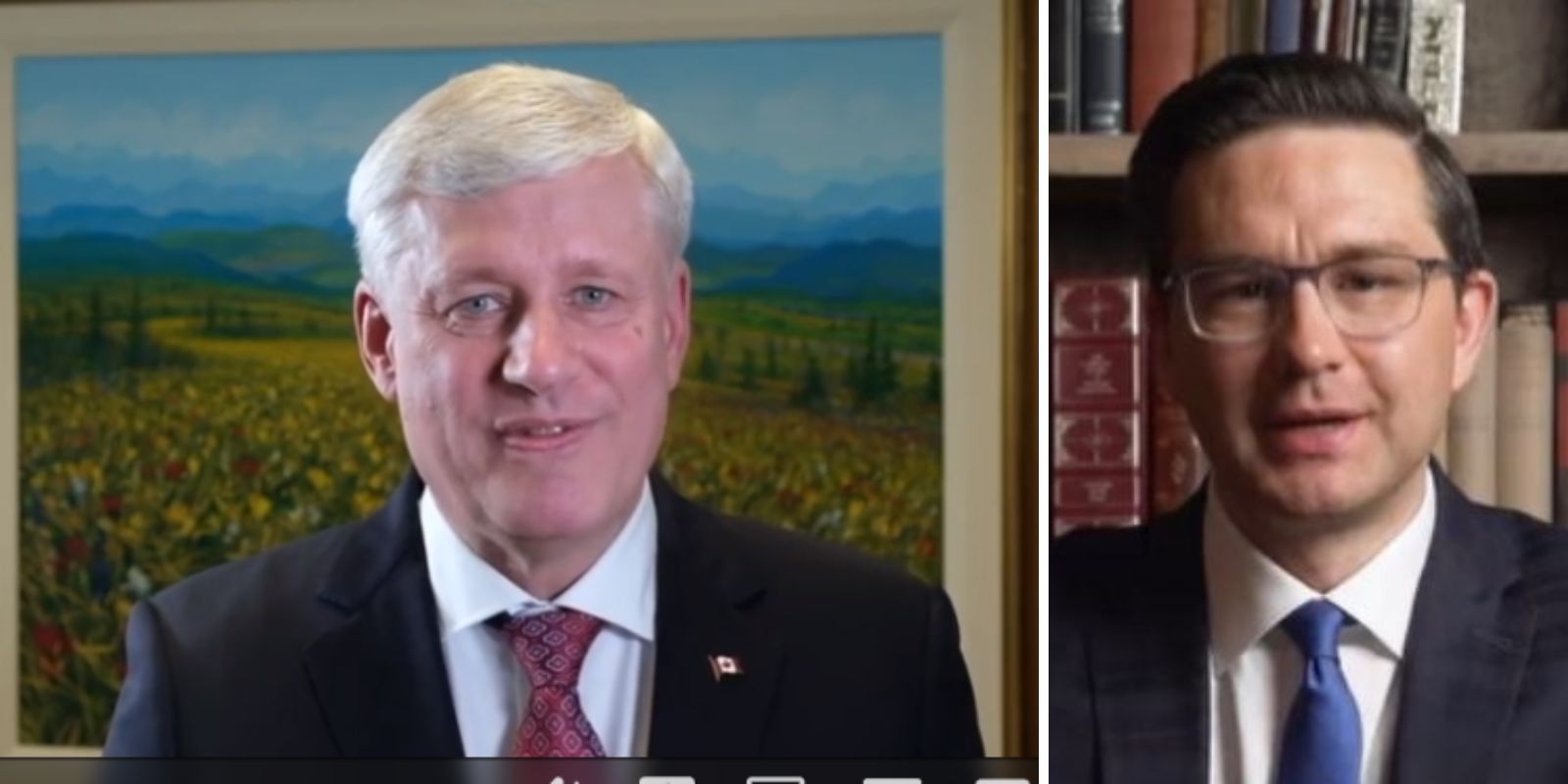 Poilievre was a cabinet minister under Harper from 2013 to 2015.

"I haven't talked to you like this in a while and much has transpired. Our party, once again, has a leadership race under way," Harper began.

"In this particular race, there's been a lot of speculation about whom I support or do not support and why, so it may be useful for my fellow party members to hear my views, straight from me.

"It's a strong feel, but one candidate has garnered disproportionate attention. Pierre Poilievre was a strong minister in my government. In the past several year, he's been our party's most vocal and effective critic of the Trudeau Liberals. He's been talking about the issues, especially the economic issues that matter; slow growth, debt, inflation, lack of job and housing opportunities, and the need to fix the institutions that are failing Canadian families.

"He's proposing answers rooted in sound Conservative ideas, but adapted for today's ideas. That's why he has the strong support of our caucus, our existing membership, and why he is bringing in the most new members and a new generation into our party.

"That's how we win the next federal election, and my opinion, Pierre has made by far the strongest case that he is the person to do that," he concluded.