Steve Bannon, former Trump aide and War Room correspondent, has turned himself in to the FBI after a subpoena was issued for him to testify before House Speaker Nancy Pelosi's January 6 committee 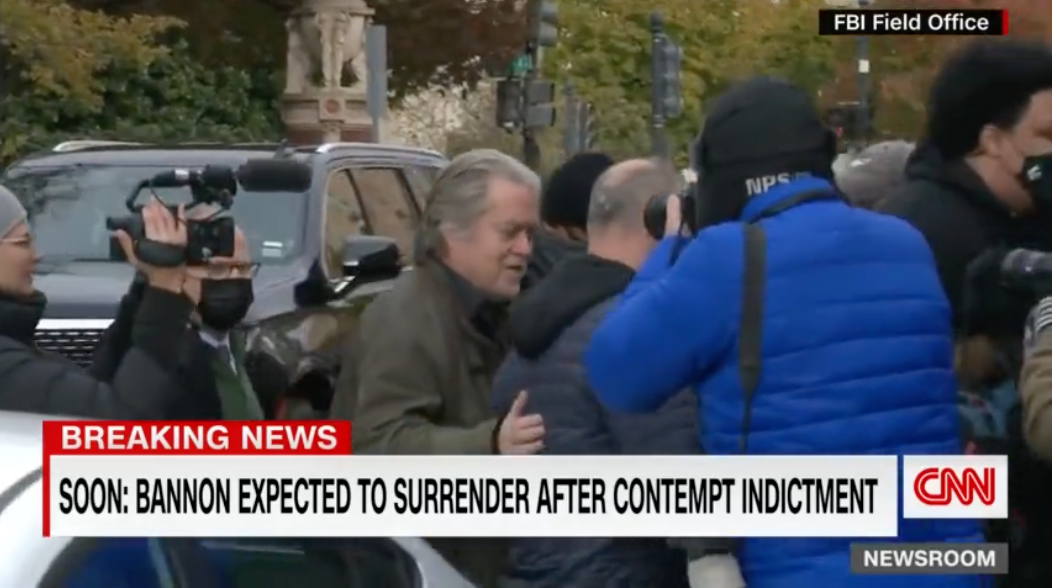 After ignoring that subpoena, Bannon was indicted on contempt of Congress charges on Friday. He was charged with two contempt counts: one for refusing to appear for a deposition and another for declining to produce documents requested by the committee. A conviction could mean a year behind bars and a fine of up to $100,000.

Attorney General Merrick Garland offered a statement on those contempt charges, saying "Since my first day in office, I have promised Justice Department employees that together we would show the American people by word and deed that the department adheres to the rule of law, follows the facts and the law, and pursues equal justice under the law. Today's charges reflect the department’s steadfast commitment to these principles."

Pelosi's committee subpoenaed 16 former White House officials who served during the Trump administration. Their intention is to prove that there was not only foreknowledge of the Capitol riot, but prior planning.

The FBI has concluded via their investigation that there is "scant evidence" that there was any prior planning of those events. This did not stop Pelosi's committee from demanding hundreds of documents from the national archives, from journalists, and from administration officials who were involved with the Trump White House.