The suspect who has been detained in Monday's mass shooting in Boulder, Colo. has been identified as Ahmad Al -Issa. 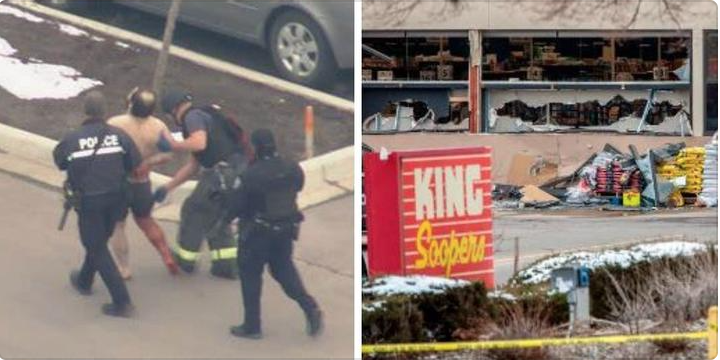 The suspect who has been detained in Monday's mass shooting in Boulder, Colo. has been identified as Ahmad Al-Issa.

He was charged with 10 counts of murder in the first degree.

It was reported that, according to a White House source, Al-Issa "had "ISIS sympathies."

The 21-year-old suspect is alleged to have entered a King Soopers grocery store in Boulder and killed 10 people. Boulder Police Chief Maris Harold said that Alissa is from Arvada, which is 20 miles south of Boulder, according to the New York Post.

"I want to say to the community, I am so sorry this incident happened," Harold said, "and we are going to do everything in our power to make sure this suspect has a thorough trial and we do a thorough investigation."

Al-Issa was shot in the leg by a Boulder police officer at the time he was taken into custody, about 3:30 pm on Monday. He was taken to the hospital where his condition remained stable, according to local news.

It was nearly two hours before family members of those slain were told what had happened. The victims range in age from 20 to over 60. One of those killed was police officer Eric Talley. He was a 51-year old father and the first to respond to the scene.