"It is TIME for @elonmusk to let @jordanbpeterson back on @Twitter" 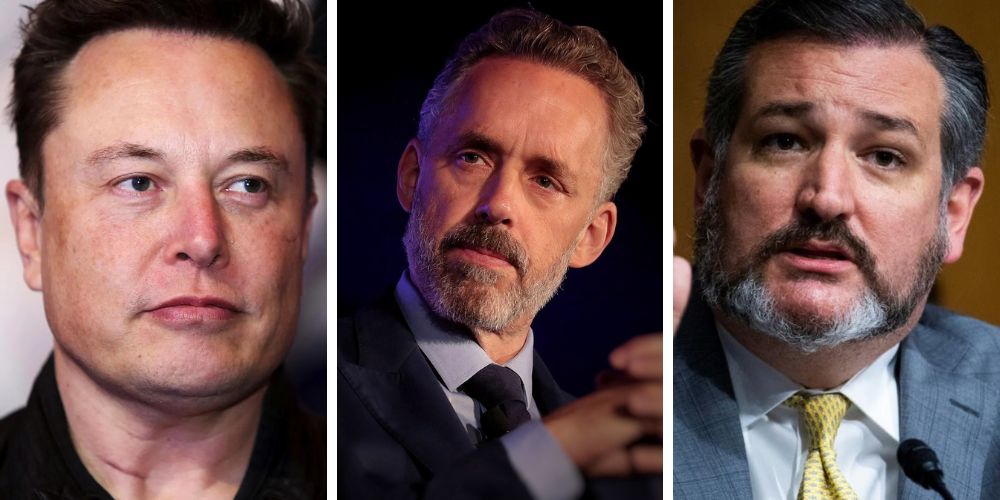 The Texas Republican posted to Twitter Tuesday night, "It is TIME for Elon Musk to let Jordan Peterson back on Twitter."

The comment came as a response to Mikhaila Peterson, daughter of psychologist and author Jordan Peterson, who asked if Musk could reinstate her father’s account.

Peterson’s daughter, in response to her father’s suspension in June, had tweeted at the Tesla and SpaceX CEO, who had had announced that he was in the process of buying the social media platform, "Wow. @jordanbpeterson got a twitter strike. No more twitter until he deletes the tweet. Definitely not a free speech platform at the moment. @elonmusk."


The renown professor and psychologist was suspended from Twitter after posting about actor Elliot Page, who was born Ellen Page, undergoing an elective double mastectomy to relieve gender dysphoria.

Peterson wrote in the tweet which triggered the suspension, "Remember when pride was a sin? And Ellen Page just had her breasts removed by a criminal physician."

According to the social media platform, Peterson violated its rules for "hateful conduct." Peterson used Page’s given name. Page now goes by Elliott. He also referred to Page as "her," stating Page is a woman and called the surgeon who operated on Page a criminal. It is still unclear which of the three posibilites, if not all of them, were responsible for the suspension.

Dave Rubin, a frequent collaborator of Peterson's, the psychologist said that he would "never" delete the tweet which triggered the suspension. Rubin said, "The insanity continues at Twitter. @JordanPeterson has been suspended for this tweet about Ellen Page. He just told me he will 'never' delete the tweet. Paging [Elon Musk]…"