BREAKING: Three dead including gunman after series of shootings in Langley, BC

According to the Maple Ridge News, the RCMP said the gunman had targeted homeless people, a claim backed up by local unhoused individuals. 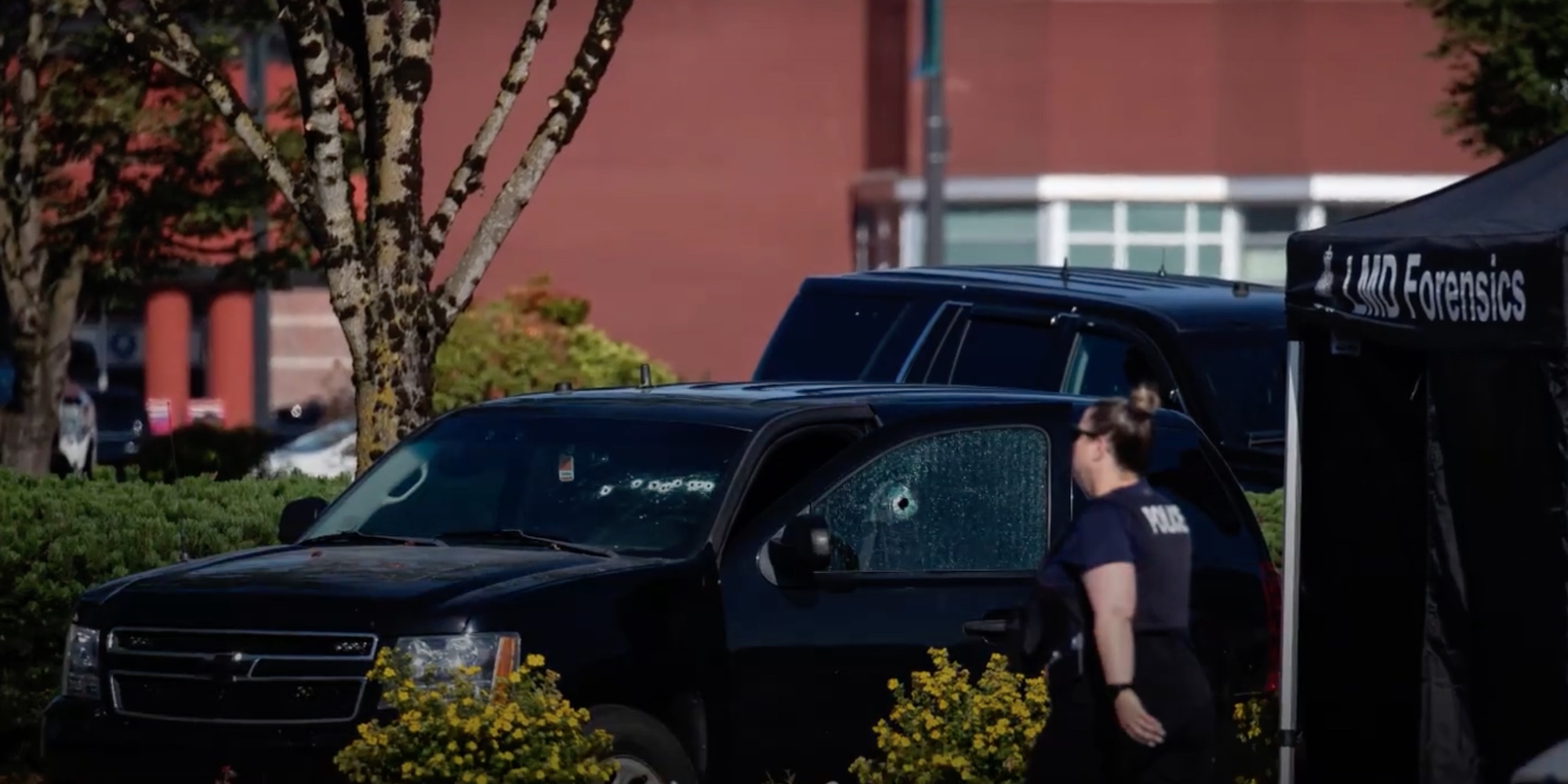 British Columbians woke up Monday morning to an emergency alert issued by the provincial RCMP warning them that a series of shootings had taken place in Langley.

It has since been revealed that three people, including the gunman, are now dead.

According to CTV News, two men were found dead near Creekstone Place and at a bus loop outside a thrift store on Logan and Glover. A third victim was found outside the Cascades Casino on Fraser Highway and taken to hospital in critical condition, while a fourth was shot in the leg outside a strip mall at 200th Street and the Langley Bypass.

The gunman, who was previously thought to be in custody, was revealed to have been shot dead by police.

"We are actively investigating a series of shootings that has left two dead, one in critical condition and another with serious injuries," said Chief Supt. Ghalib Bhayani.

"At this time we don’t know the motive behind this deadly incident, nor if there was any relationship between the deceased suspect and the victims."

According to the Maple Ridge News, the RCMP said the gunman had targeted homeless people, a claim backed up by local unhoused individuals.

The shooting spree began before 6 am Monday morning, with the first emergency alert being sent out shortly after.

The alert explained that there had been multiple shootings in the city of Langley, as well as one in Langley township, involving "transient victims."

A description was given for a caucasian male wearing brown Carhartt overalls, with RCMP urging people to stay out of the area.

The second alert, sent an hour later, informed the public that the one known suspect had been dealt with.

The provincial police watchdog has since been brought in to investigate the incident.