The government of Canada's share will total $93 million over four years, with the remainder being covered by Canadian banks. 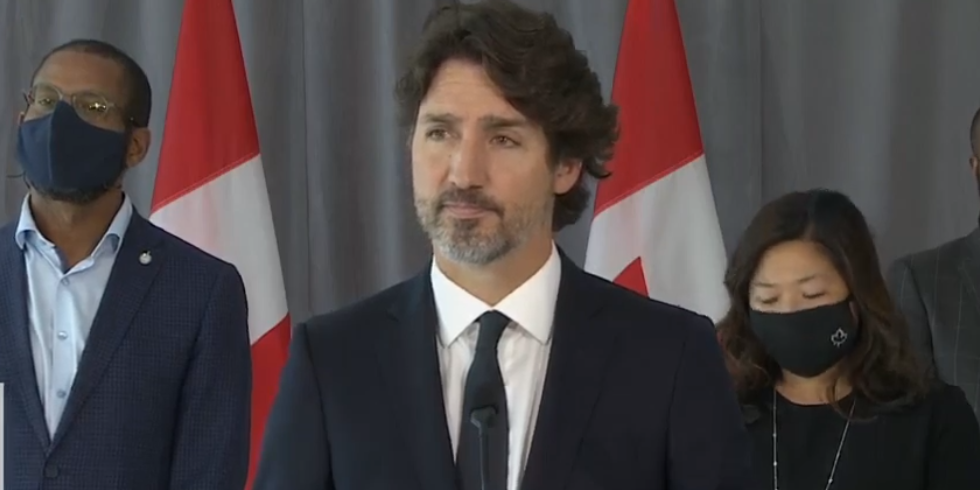 Prime Minister Justin Trudeau addressed media on Wednesday from HXOUSE, a black-owned business based in Toronto to announce new funding towards black entrepreneurship.

The government of Canada's share will total $93 million over four years, with the remainder being covered by Canadian banks.

Trudeau said that an ecosystem fund, a loan fund, and a knowledge fund will be three key services being rolled out through the investment.

The second park, the loan fund, will allow black businesses to be given loans of up to $250,000.

The knowledge hub will collect data to make future investment more efficient. It will be run by black-led organizations as well as universities and colleges.

Chair of the Parliamentary black caucus Greg Fergus called it a "historic day."

"Blacks weren't able to get deeds to the properties that they lived on, or the houses they owned. They weren't able to get loans so that they could pass on some prosperity to their children," said Fergus. "That they could use that capital in order to create businesses not only for their community, but for all Canadians, to create that prosperity... I think today, we can say that we've moved into a positive era."

Fergus called the announcement "a very positive development," saying it more work needed to be done in the fight against systemic discrimination.

Election in the fall

Regarding speculation on whether or not there would be a fall election, Trudeau said that his government had "no interest" in seeing one during autumn.

"The government has no interest in seeing an election this fall. We know that there's still an awful lot of hardship that Canadians are going through, and there are real concerns of a second wave," said Trudeau. "We have no interest in an election."

Trudeau said that his government was interested in, however, putting forward a "strong and ambitious plan" of helping Canada "build back better."

"It's the responsible thing to do... to put that plan forward to ensure that it has the confidence of the House," the prime minister continued.