An animated Trudeau was filmed singing the timeless tune in Corinthia Hotel, London during the official period of mourning just two days before Her Majesty's state funeral. 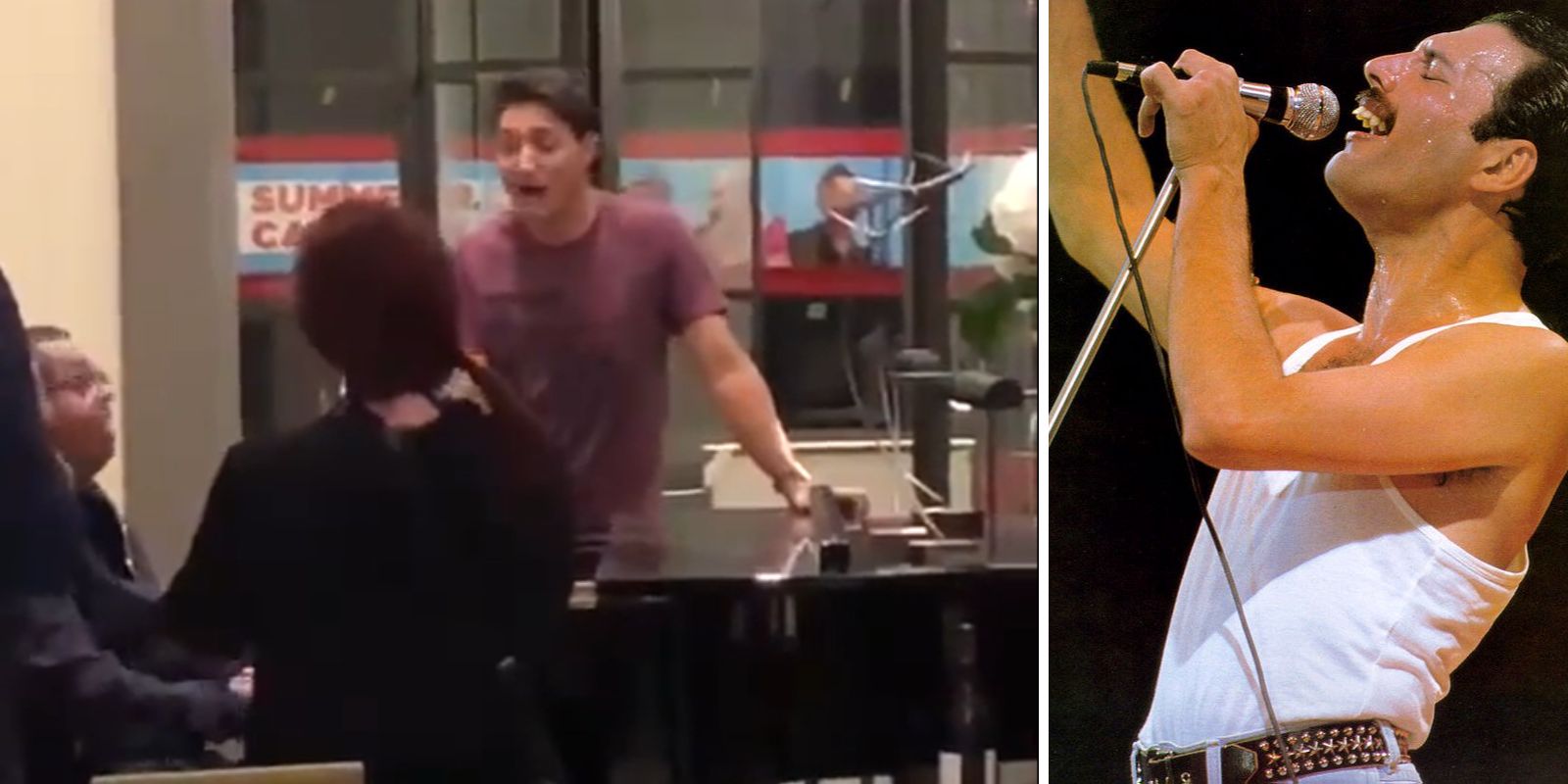 An animated Trudeau was filmed singing the timeless tune in Corinthia Hotel, London during the official period of mourning just two days before Her Majesty's state funeral.

The 50-year-old former drama teacher was spotted wearing a t-shirt and was singing along with members of his delegation in the lobby of the hotel. Quebec musician Gregory Charles was tickling the ivories, according to Daily Mail.

The clip has caused backlash online, however, with many criticizing Trudeau's jovial performance during a state visit that was intended for mourning.

"What imaginary world does this clown live in?" said another.

Others came to Trudeau's defense, saying "I'm no fan of Trudeau, but singing Bohemian Rhapsody while in London attending the Queen’s funeral is probably one of the more relatable things he’s done."

"There is nothing wrong with him singing and being a normal person during the evening in a non-official event and setting. He’s the Prime Minister, but he’s not a robot," said another.

The Prime Minister's spokesperson released a statement, saying:  "After dinner on Saturday, Prime Minister joined a small gathering with members of the Canadian delegation, who have come together to pay tribute to the life and service of Her Majesty.

"Gregory Charles, a renowned musician from Quebec and Order of Canada recipient, played piano in the hotel lobby which resulted in some members of the delegation including the prime minister joining.

"Over the past 10 days, the Prime Minister has taken part in various activities to pay his respects for the Queen, and today, the entire delegation is taking part in the State Funeral."
ADVERTISEMENT
ADVERTISEMENT
trudeau