BREAKING: Trudeau says Whole Foods 'made a silly mistake' that he 'hopes' they 'will correct'

"I think Whole Foods has made a silly mistake that I'm hoping they will correct very quickly," said Trudeau. 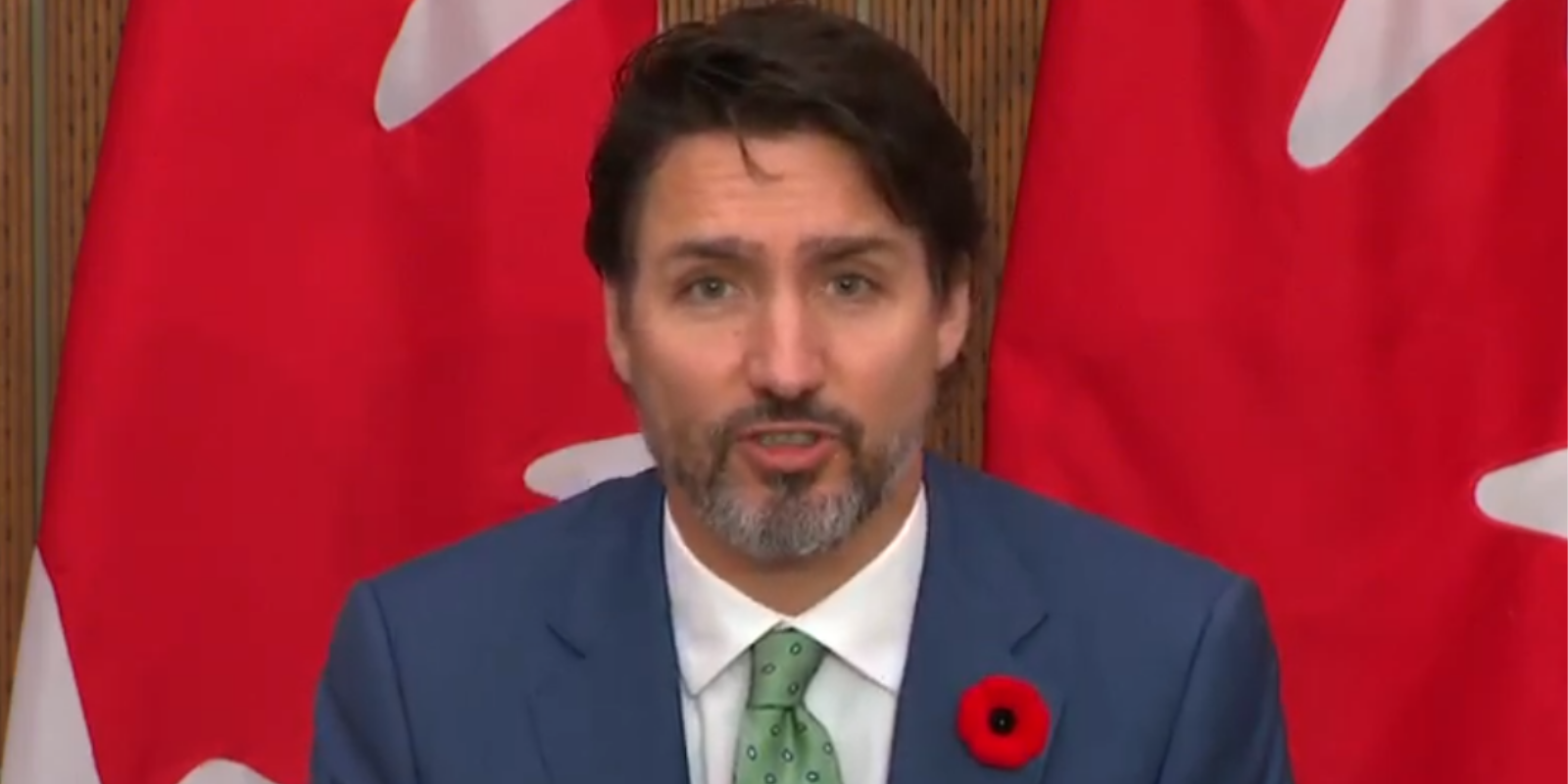 Prime Minister Justin Trudeau was asked on Friday whether he would consider legislation which mirrored those proposed by Ontario Premier Doug Ford, which would prohibit employers from banning staff from wearing a poppy during Remembrance Week.

"I think Whole Foods has made a silly mistake that I'm hoping they will correct very quickly," said Trudeau. "Our Minister of Veterans Affairs Lawrence MacAulay has engaged directly with them to highlight that they made a mistake, and they should change course.

"This is something we see every year, almost. Some company, organization, retail store makes a mistake around support for legions, or the wearing of poppies, and it's quickly corrected due to public outcry. I think that is certainly what I hope will happen in the coming days," he continued.

Whole Foods confirmed in a statement this morning that the poppy did not comply with its updated uniform policy, but did not say why. The announcement sparked outrage and condemnation from politicians on all sides of the political spectrum, including NDP Leader Jagmeet Singh, Conservative Leader Erin O'Toole, and Prime Minister Justin Trudeau, who retweeted his minister of veterans affairs, who called the banning "unacceptable."

The poppy is an important symbol of remembrance, and it’s more important than ever that everyone support the [Royal Canadian Legion's] Poppy Campaign this year," tweeted MacAuley.