After Facebook issued a 2-year ban on former President Donald Trump, Trump responded in a statement that backed his supporters, and spoke about their rights to not be censored. 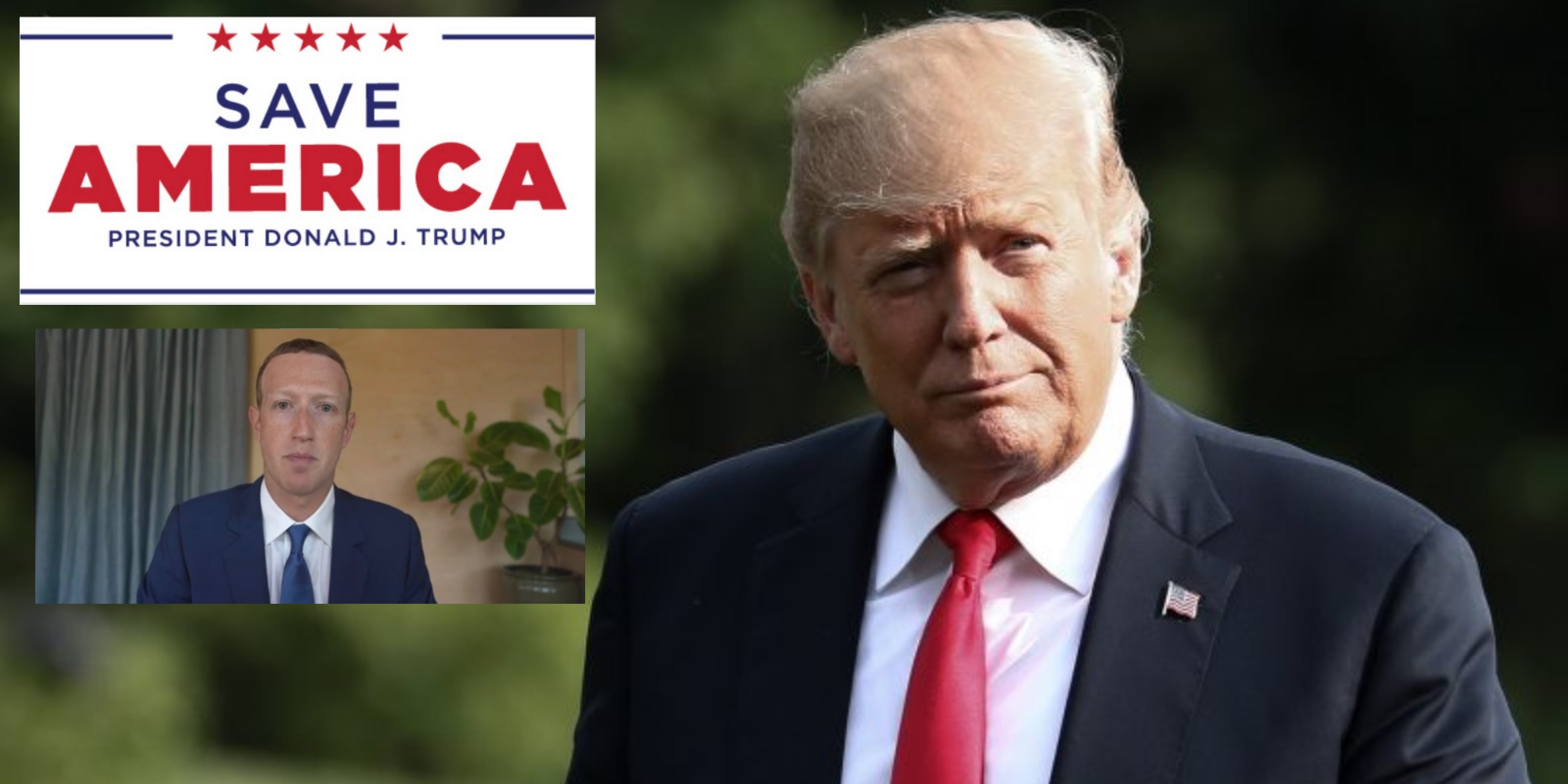 After Facebook issued a 2-year ban on former President Donald Trump, Trump responded in a statement that backed his supporters, and spoke about their rights to not be censored.

"Facebook's ruling is an insult to the record-setting 75M people, plus many others," Trump said, "who voted for us in the 2020 Rigged Presidential Election. They shouldn’t be allowed to get away with this censoring and silencing, and ultimately, we will win. Our Country can’t take this abuse anymore!"

"Last month, the Oversight Board upheld Facebook's suspension of former US President Donald Trump's Facebook and Instagram accounts following his praise for people engaged in violence at the Capitol on January 6," Facebook said in a statement.

Facebook said that while the Oversight Board upheld Facebook's decision, it questioned the open-ended nature of the suspension.

"It was not appropriate for Facebook to impose the indeterminate and standardless penalty of indefinite suspension," the Oversight Board stated.

"We are today announcing new enforcement protocols to be applied in exceptional cases such as this, and we are confirming the time-bound penalty consistent with those protocols which we are applying to Mr. Trump's accounts," Facebook said of the decision.

"Given the gravity of the circumstances that led to Mr. Trump's suspension, we believe his actions constituted a severe violation of our rules which merit the highest penalty available under the new enforcement protocols," they continued.

"We are suspending his accounts for two years, effective from the date of the initial suspension on January 7 this year."

At the end of the two-year period, Facebook said that it would reaches whether the "risk to public safety has receded."

"When the suspension is eventually lifted, there will be a strict set of rapidly escalating sanctions that will be triggered if Mr. Trump commits further violations in future, up to and including permanent removal of his pages and accounts,’ said Facebook.

"We know that any penalty we apply — or choose not to apply — will be controversial. There are many people who believe it was not appropriate for a private company like Facebook to suspend an outgoing President from its platform, and many others who believe Mr. Trump should have immediately been banned for life," they continued.

"We know today’s decision will be criticized by many people on opposing sides of the political divide — but our job is to make a decision in as proportionate, fair and transparent a way as possible, in keeping with the instruction given to us by the Oversight Board."

Earlier today, Project Veritas exposed Facebook CEO Mark Zuckerberg and one of his top executives explaining how they will punish whistleblowers who speak out against the social media platform's censorship.