Trump slammed Biden and the Democrats for not standing up for Israel and "continue to stand by crazed anti-American Rep. Ilhan Omar." 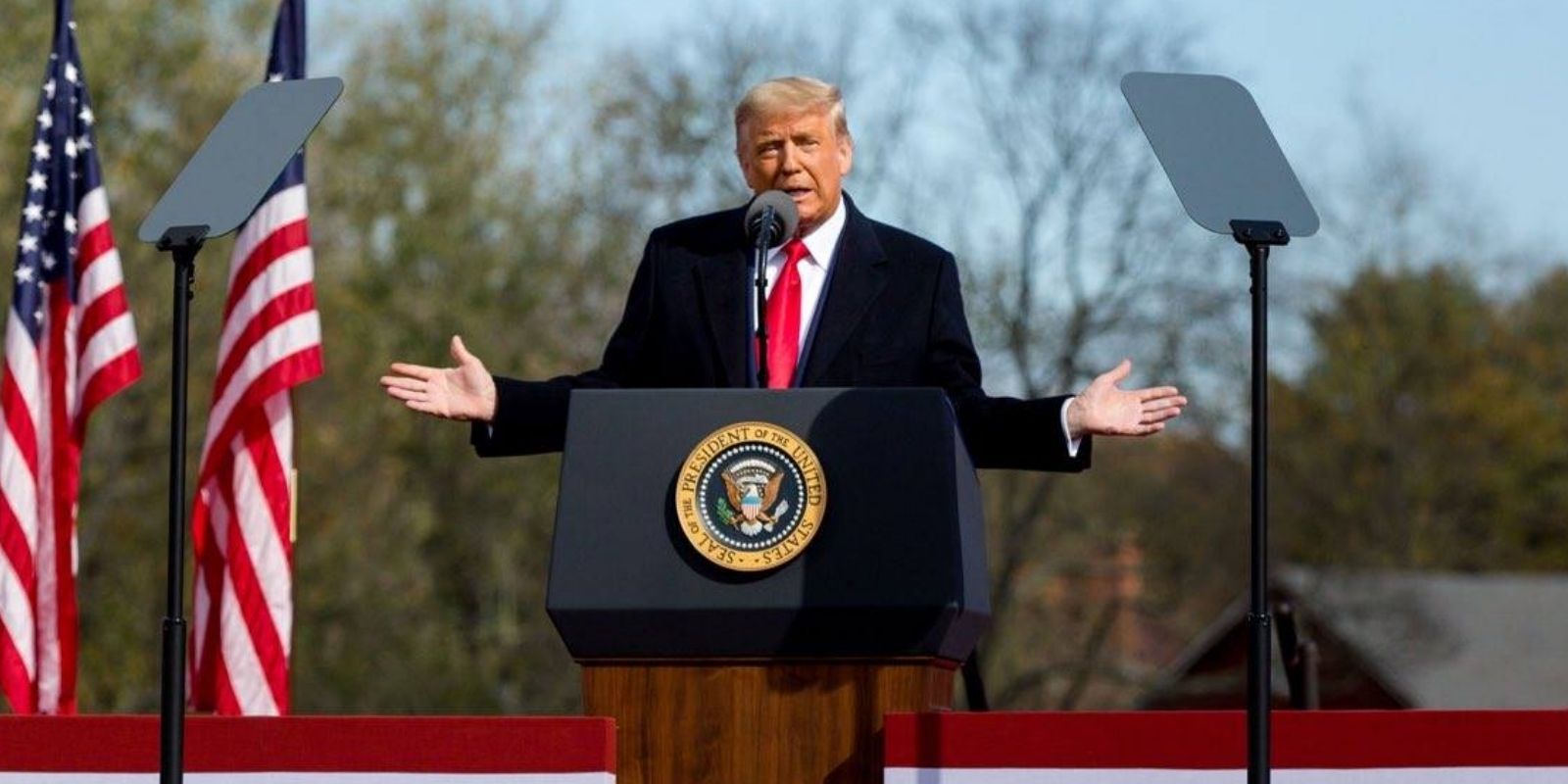 Trump attacked Democrats for not standing with Israel as it faces continued terror attacks.

In a statement released Tuesday, Trump slammed Biden and the Democrats for not standing up for Israel and "continue to stand by crazed anti-American Rep. Ilhan Omar." Trump touted the peace deals he brokered in his final months in office and claimed he was "the Peace Presidency".

Trump's statement read, "When I was in office we were known as the Peace Presidency, because Israel’s adversaries knew that the United States stood strongly with Israel and there would be swift retribution if Israel was attacked. Under Biden, the world is getting more violent and more unstable because Biden’s weakness and lack of support for Israel is leading to new attacks on our allies. America must always stand with Israel and make clear that the Palestinians must end the violence, terror, and rocket attacks, and make clear that the U.S. will always strongly support Israel’s right to defend itself. Unbelievably, Democrats also continue to stand by crazed anti-American Rep. Ilhan Omar, and others, who savagely attack Israel while they are under terrorist assault."

Trump statement comes as Israel is facing intense rocket attacks by the Palestinian group Hamas. Hamas attacked Tel Aviv with at least 130 missiles Tuesday injuring at least 3, including a 5 year-old girl. There has been rocket attacks against Israel day and night since tensions over Jewish settlements in East Jerusalem boiled over during the weekend. May 9 marked Jerusalem Day where Israelis celebrate the reunification of Jerusalem under Israeli rule.

Rep. Ilhan Omar, mentioned in the Trump statement, has not explicitly condemned the Hamas rocket attacks against Israel but instead cheered on a statement that attacks Israel. Omar criticized Israel for its actions combatting protestors in the Al-Aqsa mosque and in counter-terrorism strikes against Hamas. Omar called on American law makers to stand with the Palestinians in the conflict and condemn Israel. Many Jewish officials have called for Omar to lose committee assignments over a continued pattern of anti semitism by the congresswoman.

BREAKING: Nick Gravante called Trump in the middle of the dinner