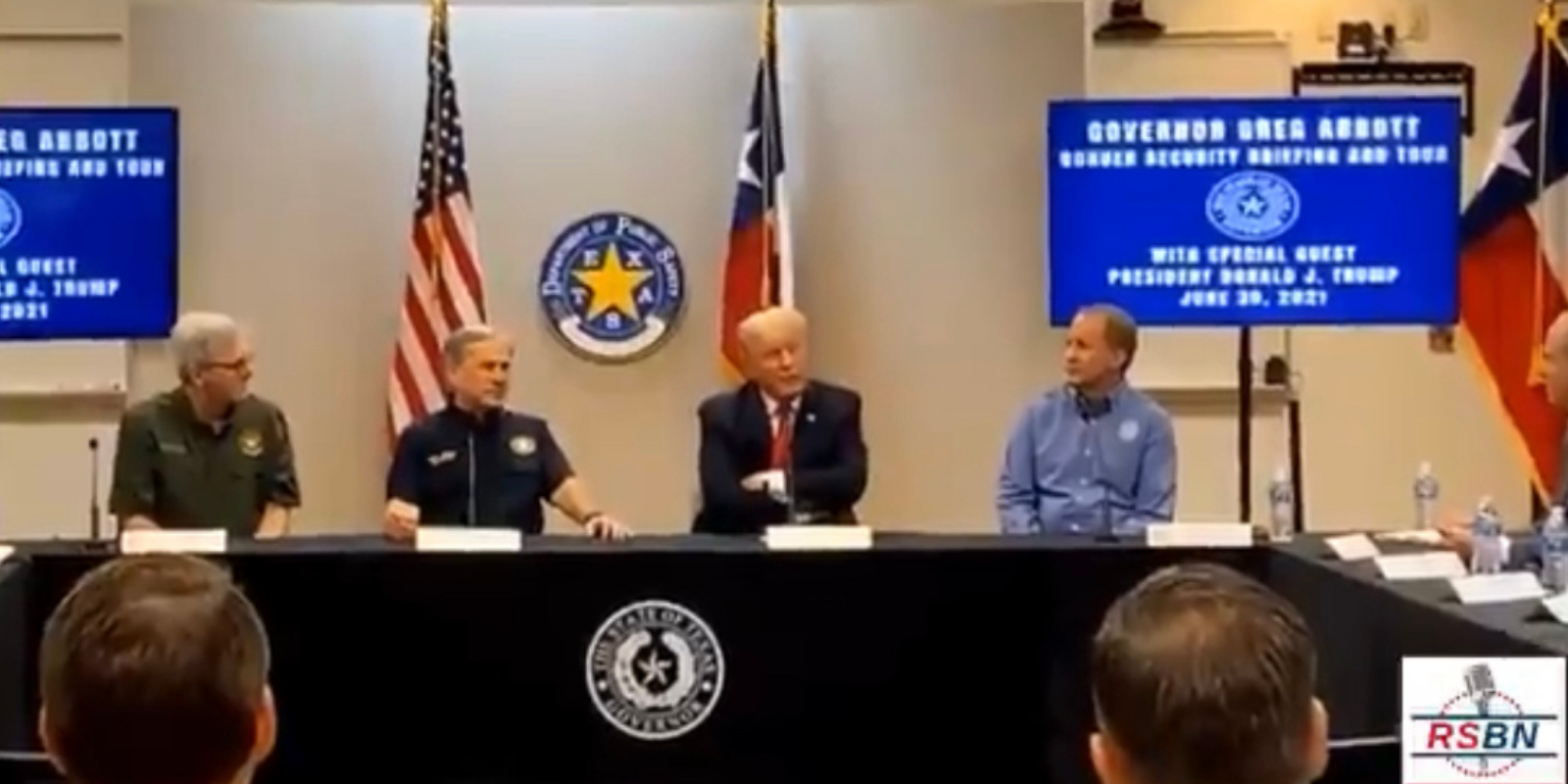 The two gave a joint press conference at the border. "All Biden had to do was go to the beach," Trump said. "If he would have just done nothing, we would have had the strongest border we ever had."

Trump also said that it was his administration that stopped giving money to the Wuhan Institute of Virology, noting that it wasn't about viruses, but was because he saw no reason for the US to fund China.

Abbott spoke about the need for Texas to fill in the gaps in border control where the Biden administration has failed. He said that the Texas Department of Health and Safety have apprehended 1,000 criminals who have crossed the border, as well as illegal immigrants and drug traffickers.

"The Biden administration has done nothing," Abbott said, to stop the distribution of fentanyl in the US. Gang members and murderers, also, have been apprehended, Abbott said, noting that they must be stopped. Abbott touted his state's plan to build a wall along the border, "just like Trump did, just like President Biden should be doing."

He said that the reason for border control is to protect Americans, and Texans, from "being overrun by the people who are coming across the border."

In a briefing prior to the visit, Trump said that "the real question is, do they really want open borders or are they incompetent? There's only two things. You're either incompetent, or for some reason you have a screw loose and you want to have open borders.

"It went from the best border we've ever had in the history of our country... and now they're saying that the unsafe border is your fault." He said that the Biden administration has now launched a misinformation campaign to blame everyone but their own failed policies.

Trump said that the Biden administration is blaming sheriff's and border control for the dangerous conditions at the border and the rampant uptick in migrant crossings. He slammed the Democrats for their want to defund the police.

Trump said that the policies his administration had implemented should not have been overturned, and said that during his time in office, drug trafficking across the border had also declined. Under his watch, Trump said, chain migration was broken, and immigration was "down to a science, it was down to a point where people just weren't getting in unless they were getting in legally."

Vice President Kamala Harris took a trip to the border on Friday, though that visit was not scheduled until after Trump had announced his intentions to go.