President Donald Trump slammed Congress on Tuesday evening for the latest coronavirus relief bill, calling on lawmakers to increase the "ridiculously low" $600, amend the "disgrace," and send him a "suitable bill" or "else the next administration will have to deliver a COVID relief package." 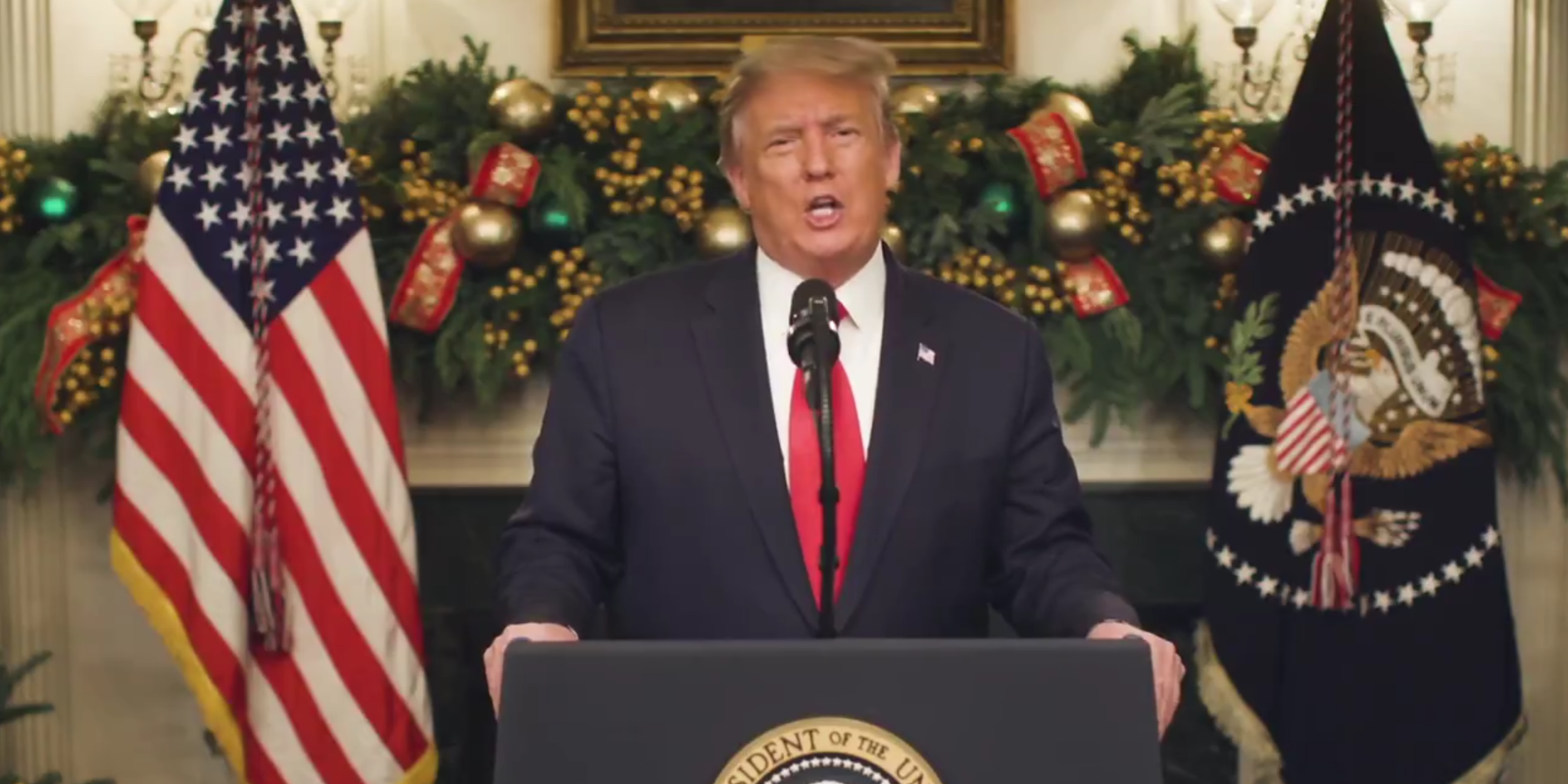 President Donald Trump slammed Congress on Tuesday evening for the latest coronavirus relief bill, calling on lawmakers to increase the "ridiculously low" $600, amend the "disgrace," and send him a "suitable bill" or "else the next administration will have to deliver a COVID relief package."

"Maybe that administration will be me. And we will get it done. Thank you very much," Trump concluded.

"Throughout the summer, Democrats cruelly blocked COVID relief legislation in an effort to advance their extreme left-wing agenda and influence the election," Trump prefaced the speech blasted on Twitter that criticized the mammoth of an economic relief package passed by Congress this week.

A few months ago, Congress started negotiations on the new monstrous move to usher urgently-needed help to the American people, Trump continued.

"It's taken forever," he fired back. "However, the bill they are now planning to send back to my desk is much different than anticipated. It really is a disgrace."

Trump pointed out that among the more than 5,000 pages—which "nobody in Congress has read because of its length and complexity"—is called the COVID relief bill, but it has nothing to do with the coronavirus.

Trump also noted that $40 million will be allocated towards the Kennedy Center in Washington, DC—which is not even open for business—$1 billion towards the Smithsonian, and an additional $154 million for the National Gallery of Art. Likewise, these facilities are essentially not open.

He went on to account $7 million for reef fish management, $25 billion to combat Asian carp, $2.5 million to "count the number of amberjack fish" in the Gulf of Mexico, a provision to promote the breeding of fish in federal hatcheries, $3 million in poultry production technology, $2 million to research the impact of down trees, and $566 million for construction projects at the Federal Bureau of Investigation.

The bill also allows stimulus checks for the family members of illegal aliens, allowing these individuals to be awarded up to $1,800 each. "This is far more than the Americans are given," Trump charged.

"Despite all of this wasteful spending and much more, the $900 billion package provides hardworking taxpayers with only $600 each in relief payments and not enough money is given to small businesses," he argued, "And in particular, restaurants whose owners have suffered so grievously. They were only given a deduction for others to use in business, their restaurants, for two years."

Trump then asserted that this two year period must be withdrawn, which would allow the owners to obtain financing and restore their restaurants to peak condition. "Congress can terminate it at a much later date, but two years is not acceptable. It’s not enough," Trump declared.

The president lambasted Congress for finding "plenty of money for foreign countries, lobbyists, and special interests while sending the bare minimum to the American people who need it."

Trump also called on Congress to immediately slash the "wasteful and unnecessary" items from this legislation and to send him a "suitable bill" or else the next administration will have to deliver its own COVID-19 relief package.

"Maybe that administration will be me. And we will get it done. Thank you very much," Trump concluded.