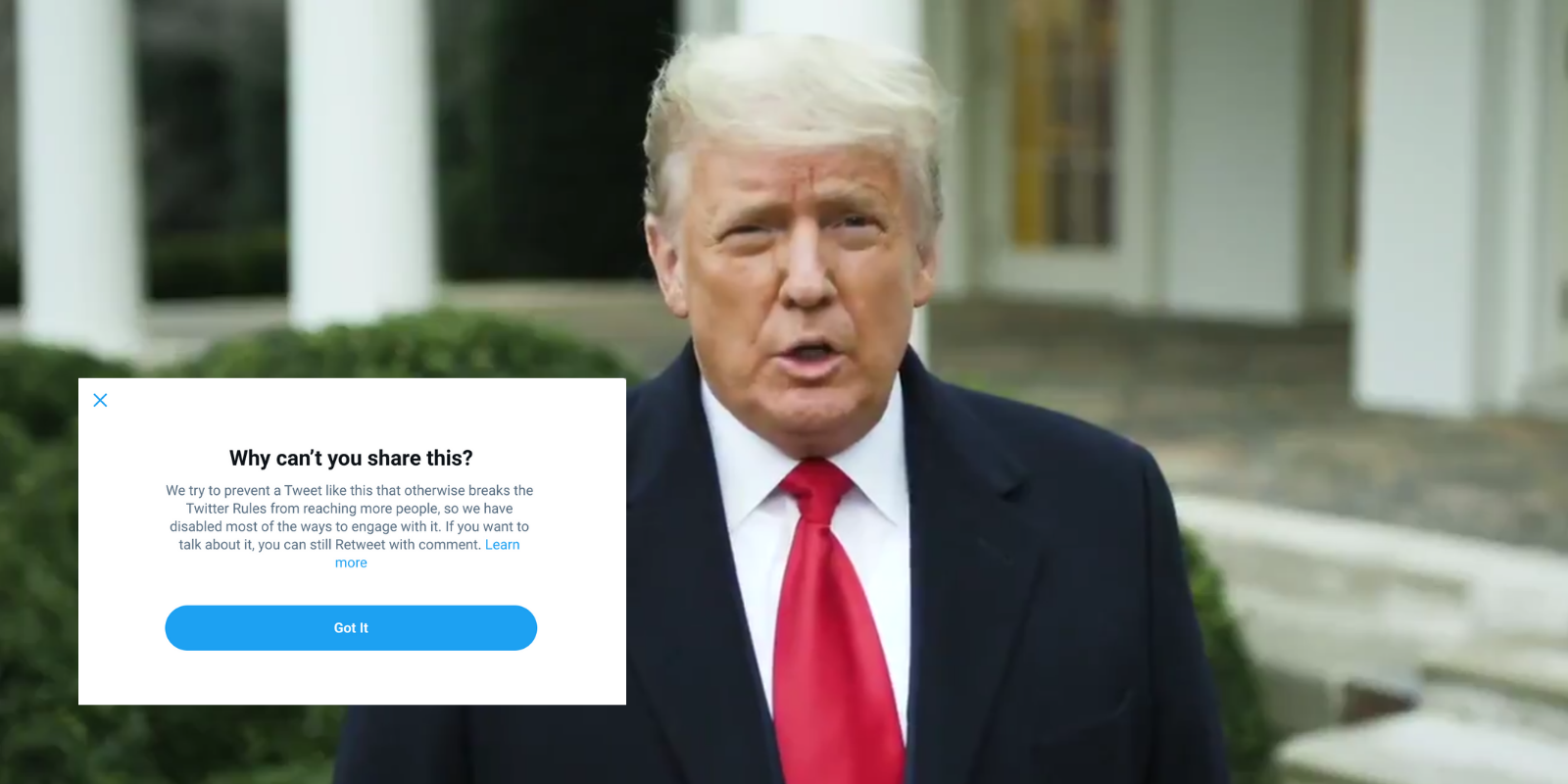 Then they deleted the messages outright. Facebook and YouTube did as well. His missives regarding election fraud were deleted as well.

All attempts to share the tweet by direct message or retweet are swatted down by the social media platform, only allowing Twitter users to quote tweet. The president's post itself is slapped with the warning label: "This Tweet can't be replied to, Retweeted, or liked due to a risk of violence."

The pop-up explanation reads: "We try to prevent a Tweet like this that otherwise breaks the Twitter Rules from reaching more people, so we have disabled most of the ways to engage with it. If you want to talk about it, you can still Retweet with comment."

In his call for peace on Capitol Hill, the president urged his supporters to "go home," while still stressing that he won the 2020 presidential election in a "landslide."

He emphasized that it's been an unprecedented "tough period of time," extending the loss to "all of us" as an election stolen "from me, from you, from our country."

"This is a fraudulent election but we can't play into the hands of these people," Trump insisted. "We have to have peace, so go home. We love you. You're very special," Trump continued. "You've seen what happens. You've seen the way others are treated that are so bad and so evil. I know how you feel. But go home and go home in peace."