"Real gross domestic product (GDP) decreased at an annual rate of 0.9 percent in the second quarter of 2022," the BEA reported. 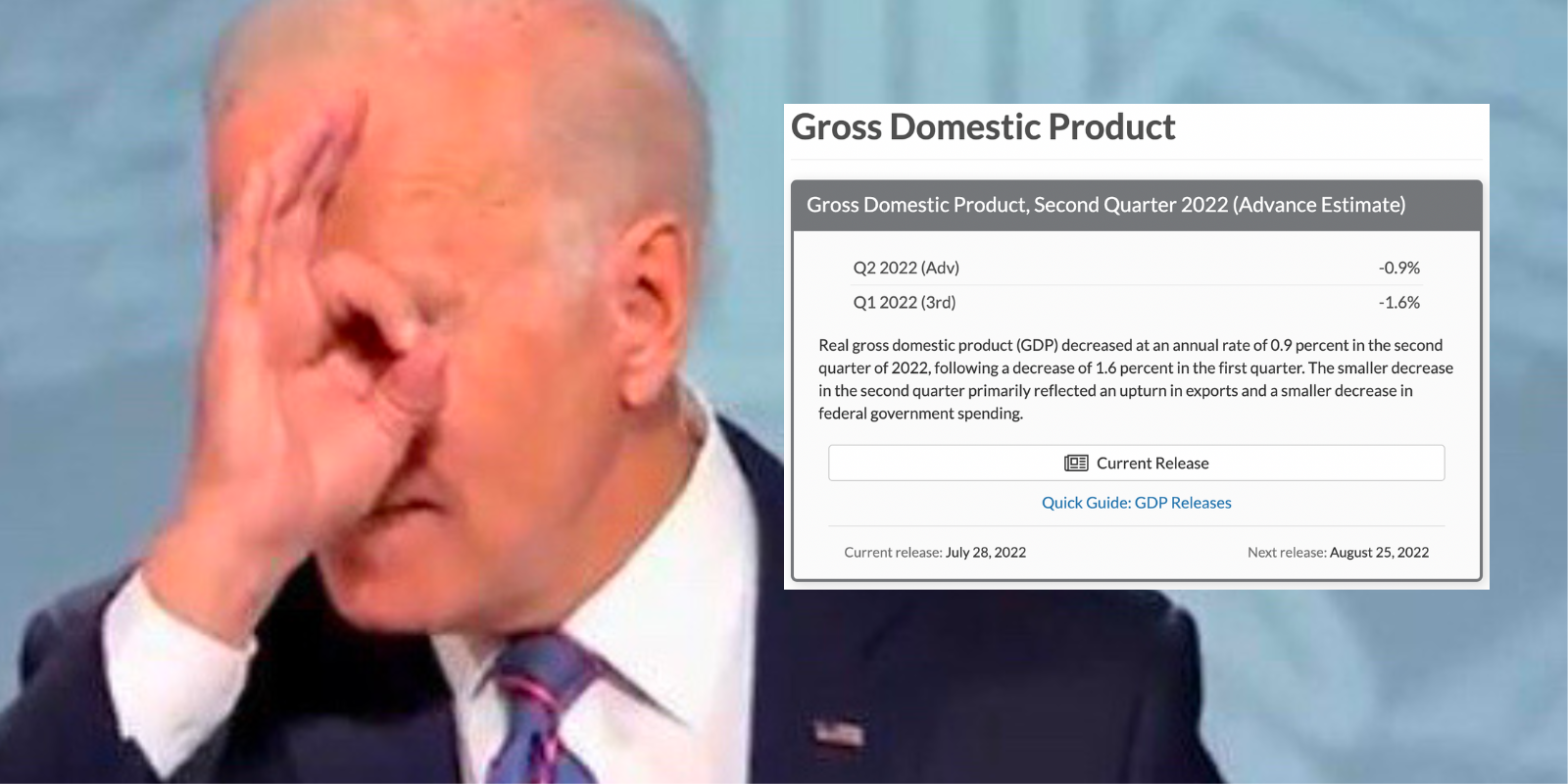 The Bureau of Economic Analysis has released their report on the second quarter GDP. "Real gross domestic product (GDP) decreased at an annual rate of 0.9 percent in the second quarter of 2022, according to the 'advance' estimate released by the Bureau of Economic Analysis. In the first quarter, real GDP decreased 1.6 percent."

By standard definitions, two consecutive quarters of declining GDP growth indicates that a nation is in an economic recession. President Joe Biden said on Monday that the US is not facing a recession. "We're not going to be in a recession, in my view," Biden said. "The unemployment rate is still one of the lowest we've had in history. It's in the 3.6 percent area. We still find ourselves with people investing."

"The decrease in real GDP reflected decreases in private inventory investment, residential fixed investment, federal government spending, state and local government spending, and nonresidential fixed investment that were partly offset by increases in exports and personal consumption expenditures (PCE). Imports, which are a subtraction in the calculation of GDP, increased," the BEA reports.

The White House last week adjusted the definition of recession to distinctly not mean that two consecutive quarters of declining GDP growth is a recession.

"Instead, both official determinations of recessions and economists’ assessment of economic activity are based on a holistic look at the data—including the labor market, consumer and business spending, industrial production, and incomes. Based on these data, it is unlikely that the decline in GDP in the first quarter of this year—even if followed by another GDP decline in the second quarter—indicates a recession," the White House said.

The AP issued an explainer, backing up the White House's new definition. According to expert economists, writes the AP, a decline in GDP growth for two straight quarters "wouldn’t mean that a recession had started. During those same six months when the economy might have contracted, businesses and other employers added a prodigious 2.7 million jobs—more than were gained in most entire years before the pandemic. Wages are also rising at a healthy pace, with many employers still struggling to attract and retain enough workers."