BREAKING: Video of Biden apparently getting booed in New York on anniversary of 9/11 surfaces

Video of what appears to be President Joe Biden being booed by a crowd at a 9/11 memorial site has surfaced on the 20th anniversary of the terrorist attacks. 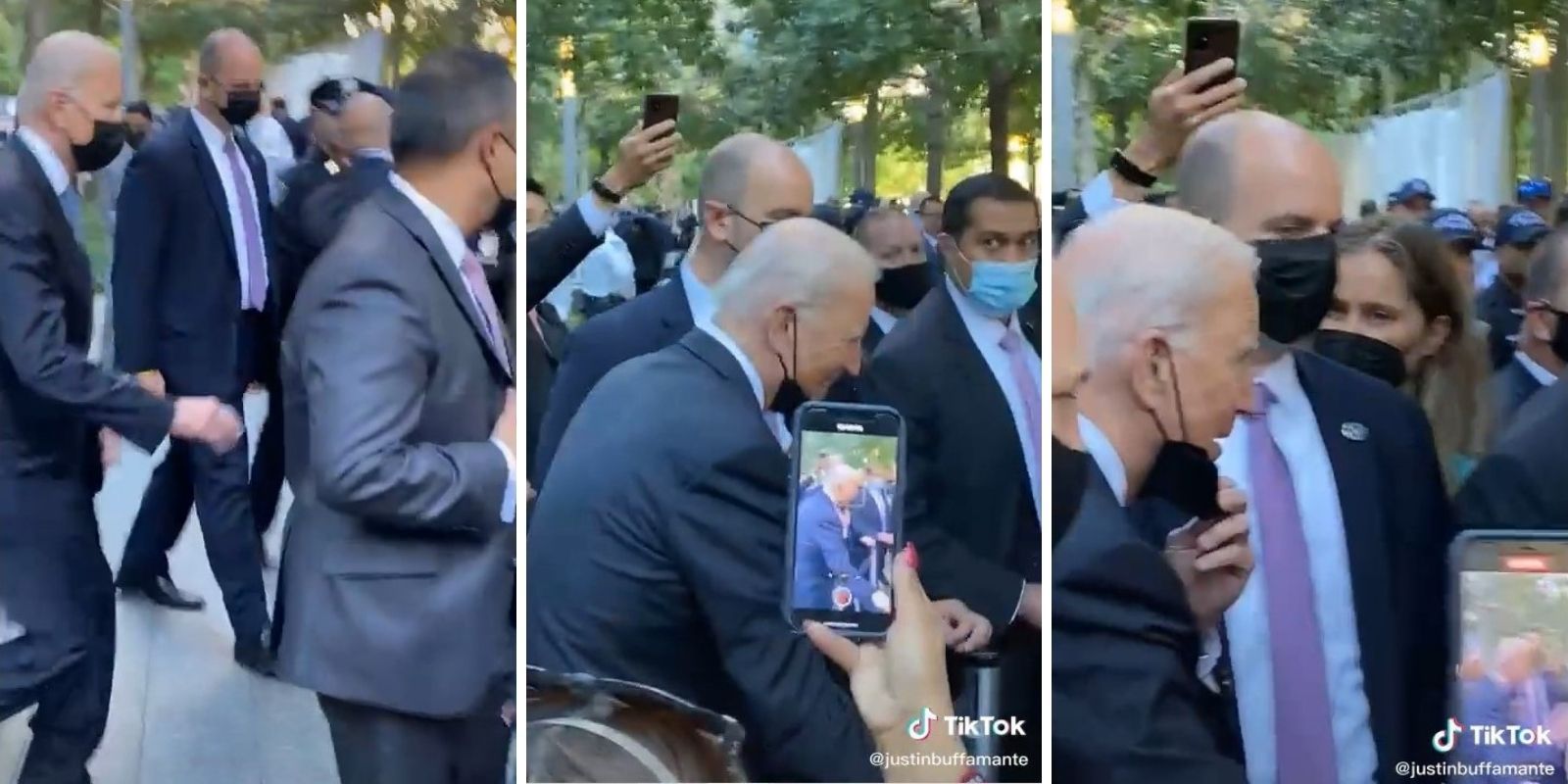 Video of what appears to be President Joe Biden being booed by a crowd at a 9/11 memorial site has surfaced on the 20th anniversary of the terrorist attacks.

The apparent scene appears to have taken place where numerous New Yorkers gathered together at the national 9/11 memorial in Lower Manhattan on Saturday morning to mourn the thousands of lives lost two decades ago on Sept. 11, 2001, near the site where the World Trade Center towers fell.

As Biden and former President Barack Obama passed through the onlooking crowd, a man can be heard shouting before the ensuing boos: "Murderers! Look, the murderers! You're a mutt for what you did to Afghanistan! Terrible!"

"Don't sniff him!" a bystander yelled at Biden approaching a child off-screen.

The video was uploaded on Saturday morning by TikTok user Justin Buffamante. "Look at the caln [sic] I ran into," Buffamante captioned the footage.

The Post Millennial has not independently confirmed the video's authenticity.

Following the complete withdrawal of US troops, Biden was heckled last Tuesday for leaving Americans behind in Taliban-controlled Afghanistan while he was surveying the damage from Hurricane Ida in New Jersey.

During the hostile welcome in the disaster-hit state, Biden was accosted while visiting a devastated neighborhood in Manville that experienced flooding from the remnants of the storm. While he was speaking with authorities, onlookers erupted over the commander-in-chief's botched Afghanistan withdrawal.

"My country is going to sh*t and you're allowing it!" one woman blasted Biden in another video. "And I'm an immigrant and I'm proud of this country!" she yelled. "I'd give my life for this country. You guys should be ashamed of yourselves."

"My best friend died in 2011 in Afghanistan for what?" an outraged man asked out of view of the filming camera. "For this guy to pull this sh*t? You leave them in ruins and leave Americans behind!" The man then said to the law enforcement officers assisting Biden: "He will leave you behind, you guys protecting him."

"Leave no American behind!" the first woman shouted.

"Resign, you tyrant!" a man screamed. A pool report said the heckler was standing with a Trump flag in his front yard, the New York Post reported.

Multiple protesters were photographed giving Biden the middle finger as he drove from Hillsborough Township to nearby Manville. Other pro-Trump demonstrators had greeted Biden's motorcade along its route through North Jersey.

One individual held an expletive American flag-turned-protest banner that said "F— Biden And F— You For Voting For Him."