In a White House press conference Thursday, Jen Psaki defended Dr Anthony Fauci amidst the backlash on his recently released emails, saying that "He's been an undeniable asset in our country's pandemic response." 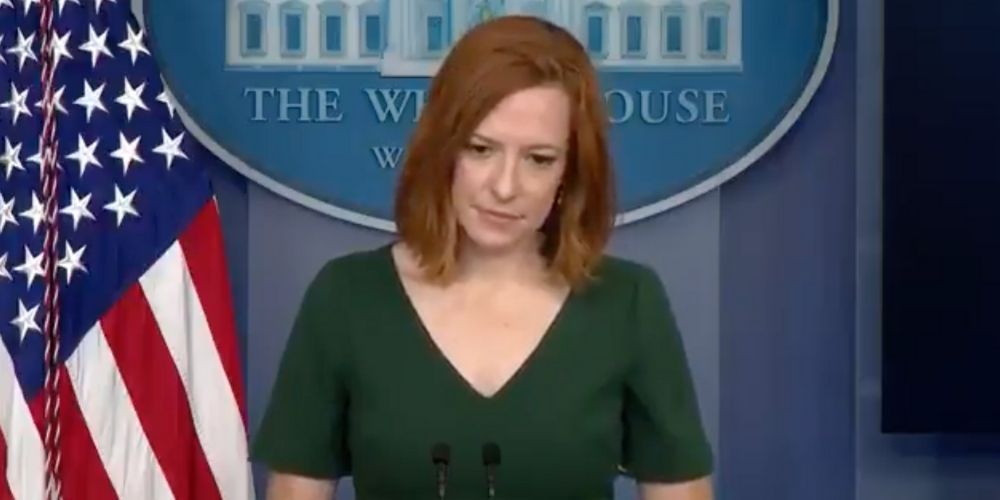 In a White House press conference Thursday, Jen Psaki defended Anthony Fauci amidst the backlash on his recently released emails, saying that "He's been an undeniable asset in our country's pandemic response."

Earlier this week, thousands of emails from Fauci were released under Freedom of Information Act requests from the Washington Post and Buzzfeed. These emails revealed that early on in the pandemic Fauci said store bought masks did little to protect against the virus, as well as revealed that he had been alerted early on to evidence that the virus had leaked from the Wuhan Institute of Virology.

"There was an exchange between Dr Collins and Dr Fauci referencing a Fox News report discussing, basically, the lab leak as a conspiracy. Collins denied jumping to conclusions, and he asserted that his mention of conspiracies was referring to the rumor that the virus was bioengineered as a weapon. Is that the position of the administration and their top health experts that this was not an engineered - or is that still an open question in part of this review?" asked a reporter.

"I think we’ve spoken to this pretty extensively from here," said Psaki. "Let me just say on Dr Fauci and his emails, he’s also spoken to this many times over the course of the last few days and we’ll let him speak for himself, and he's been an undeniable asset in our country's pandemic response."

"But it's obviously not that advantageous for me to re-litigate the substance of emails from 17 months ago. We’ve launched, based on the president’s direction, an entire internal review process to use all of the resources across government to get to the bottom of the origins," said Psaki, adding that at the end of the 90 day review they would provide more when that process was concluded.

Fauci defended himself Wednesday night on MSNBC, addressing his previous flip-flopping on many subjects pertaining to the pandemic as "evolving" with the science.