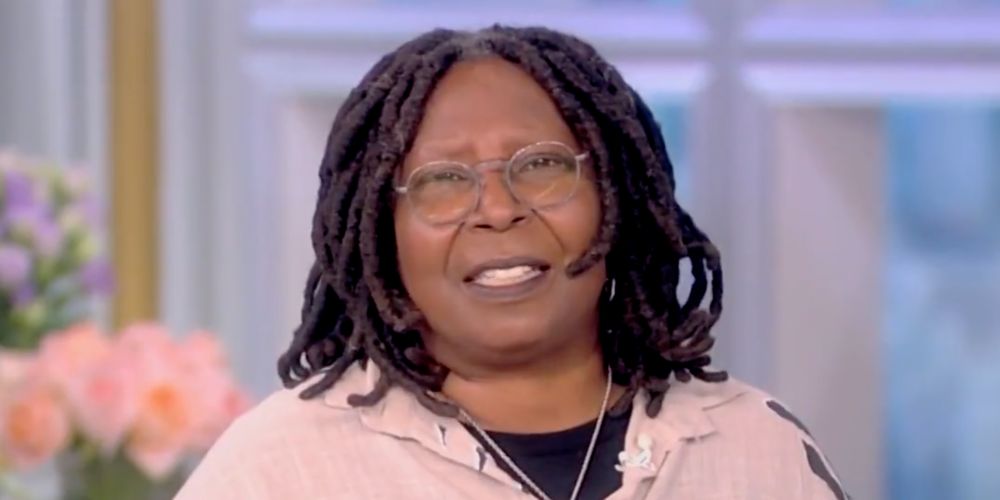 On Thursday morning, The View co-host Whoopi Goldberg issued an apology for comments suggesting that young attendees at Turning Point USA’s Student Action Summit in Tampa were linked to neo-Nazis that were protesting outside the venue.

Over the weekend, individuals carrying Nazi flags appeared outside the Tampa Convention Center, and were driven away by the young conservative attendees. Turning Point USA has condemned the group, denying any links to the small group of protestors.

On Monday, Goldberg attempted to link the two groups together, saying that Turning Point USA is "complicit," and allowed the group to come in.

Following the break, Goldberg clarified, saying that the group was outside, but that Turning Point "metaphorically" allowed them in and "embraced them at your thing," and that the Nazi protestors were "in the mix of people at the thing."

On Wednesday, The View issued an apology, saying that they "apologize for anything we said that may have been unclear on these points."

Co-host Sara Haines said that "we wanna make clear that these demonstrators were gathered outside the event and that they were not invited or endorsed by Turning Point USA."

"They went after our 5,000 students at our event of high school and college kids," Kirk said of The View. "And look, I get attacked all the time, people say false things, I'm a public figure. But when you go after 16 and 17-year-olds that travel from across the country that then have to live for the rest of their life with a shadow over them because someone at ABC says that they might be linked to neo-Nazis."