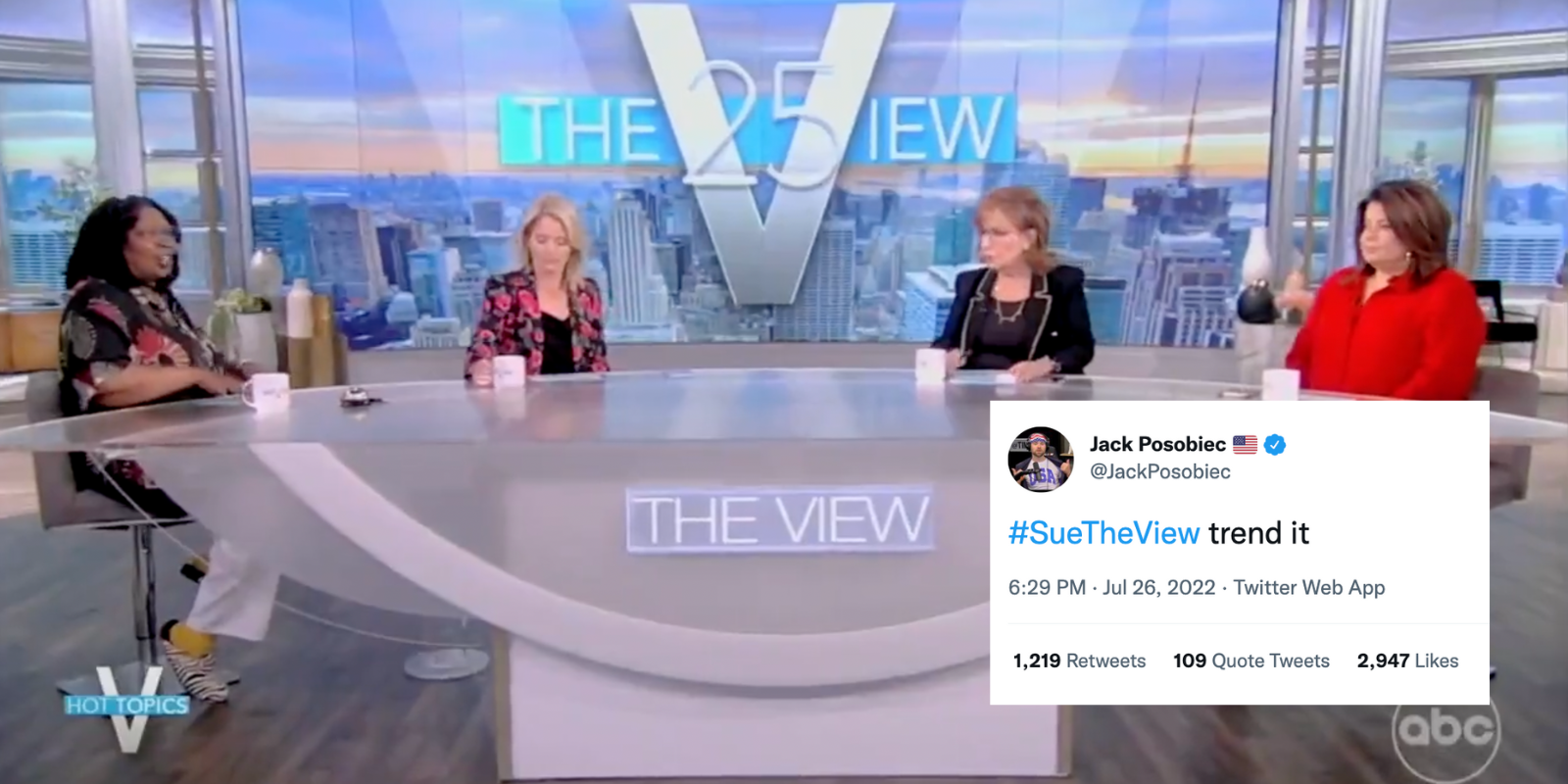 The individuals that arrived outside the Tampa Bay Convention Center holding Nazi flags were driven away by conference attendees and Turning Point USA immediately disavowed the group in a press release.

"Yesterday, @TheView & Whoopi Goldberg smeared and lied about TPUSA regarding an incident where supposed "nazis" showed up outside of the Student Action Summit," Turning Point USA wrote on Twitter.

"While they were forced by their legal department to correct two of these misrepresentations live on air, Whoopi continued to insist that TPUSA somehow welcomed "nazis" into our event "metaphorically," TPUSA continued.

Independent journalists Aldo Buttazzoni and Tayler Hansen confronted the masked-up Nazis on Saturday and challenged them to reveal themselves and their intentions. The Nazis eventually left.

After Turning Point USA called out The View on Twitter, conservative politicians, commentators, and supporters of the group defended the organization and got the hashtag #SUETHEVIEW trending on Twitter Tuesday.

"I was standing outside when this incident happened. TPUSA attendees confronted the agitators. Textbook malicious defamation per de by @TheView here," Posobiec said.

"Remember when Whoopi Goldberg was *suspended* from The View for defending Adolf Hitler & the Holocaust? Watch the disgusting clip below. Ironic that now Whoopi is under threat of legal action from @TPUSA for defaming 5,000 minors as "Nazis" #suetheview," Benny Johnson said, host of The Benny Report on Newsmax and TPUSA's chief content officer,

Republican candidate for Governor of Arizona Kari Lake also joined in defending the organization and said, "Whoopi Goldberg & her loonies on @TheView disparage @TPUSA, comparing young Conservative activists to Nazis Do you ladies want to tell me to my face that my teenage Daughter and her friends at Turning Point are Neo-Nazis? Email press@karilake.com if so. #SueTheView."

Jack Posobiec then pointed out that Twitter was suppressing the hashtag #SUETHEVIEW from trending.

"Twitter is suppressing #SueTheView from trending! It was #10 but they’re hiding it under The View. Corrupt!" Posobiec exposed.