BREAKING: Zelenskyy urges Trudeau to back 'no-fly zone' over Ukraine

Zelensky appealed to Canada to back a no-fly zone over Ukraine, saying "Please close the sky." In response, Russia barred Trudeau from entry into that nation. 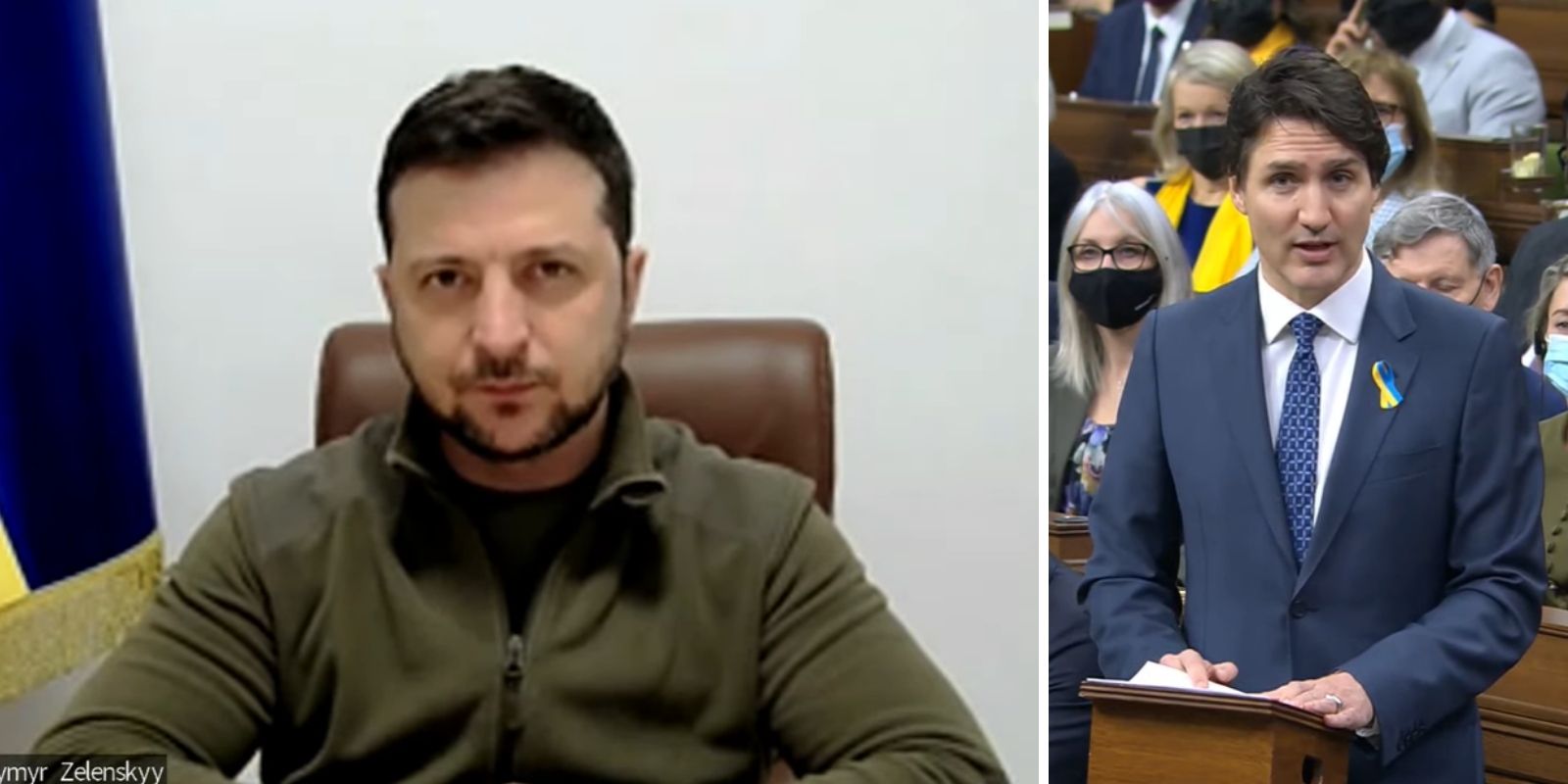 Ukrainian President Volodymyr Zelenskyy called on Canada to back a no-fly zone, telling Canadian Parliamentarians during his virtual address on Tuesday: "Close the airspace please to stopped the bombing. How many more cruise missiles have to fall on our cities until you make this happen?"

Zelenskyy spoke to Parliamentarians via Zoom, where he was welcomed as a "friend" by Prime Minister Justin Trudeau, who acknowledged the two countries' close historical ties. In response, Russia barred Trudeau from entry into that nation.

"Volodymyr, in the years I’ve known you, I’ve always thought of you as a champion of democracy. And now democracies around the world are lucky to have you as our champion," Trudeau said, to a long, standing ovation.

During his speech, Zelenskyy spoke of the horrors of hearing explosions in your cities while children live in fear, hearing cruise missiles.

"Can you only imagine, what words, can you explain to your children, that full-scale aggression just happened in your country..." including the shelling of civil neighbourhoods, school buildings, and kindergarten facilities, Zelenskyy said.

"Imagine that someone is taking siege to Vancouver. Imagine that for a second, and all these people who are left in this situation... left without heat or hydro, means of communication, almost without food, without water...

"Currently, we have 97 children that have died during this war. Can you imagine the CN tower in Toronto, if it was hit by Russian bombs. I don't wish this on anyone, but this is our reality," he continued.

He then appealed to Canada to back a no-fly zone over Ukraine, saying "Please close the sky, close the airspace, please stop the bombing, how many more cruise missiles have to land?"

"It used to be a very peaceful country... basically what i am trying to say is that we all need to do, you all need to do more to stop Russia to protect Ukraine, and by that, protect Europe from the Russian threat. They're destroying everything."

He asked for more of Canada's leadership, saying that it was important to close Ukraine's airspace to Russian missiles and aircrafts, saying he "hopes" Canada can increase its efforts and sanctions so that Russia does not have "a single dollar" to fund its war effort.

He asked for the "practical support" of the Ukrainian diaspora in Canada, saying that through practical steps, Ukrainian Canadians can show they're "more than a part of Ukrainian history."

"Glory to Ukraine, thank you to Canada," he concluded his speech.