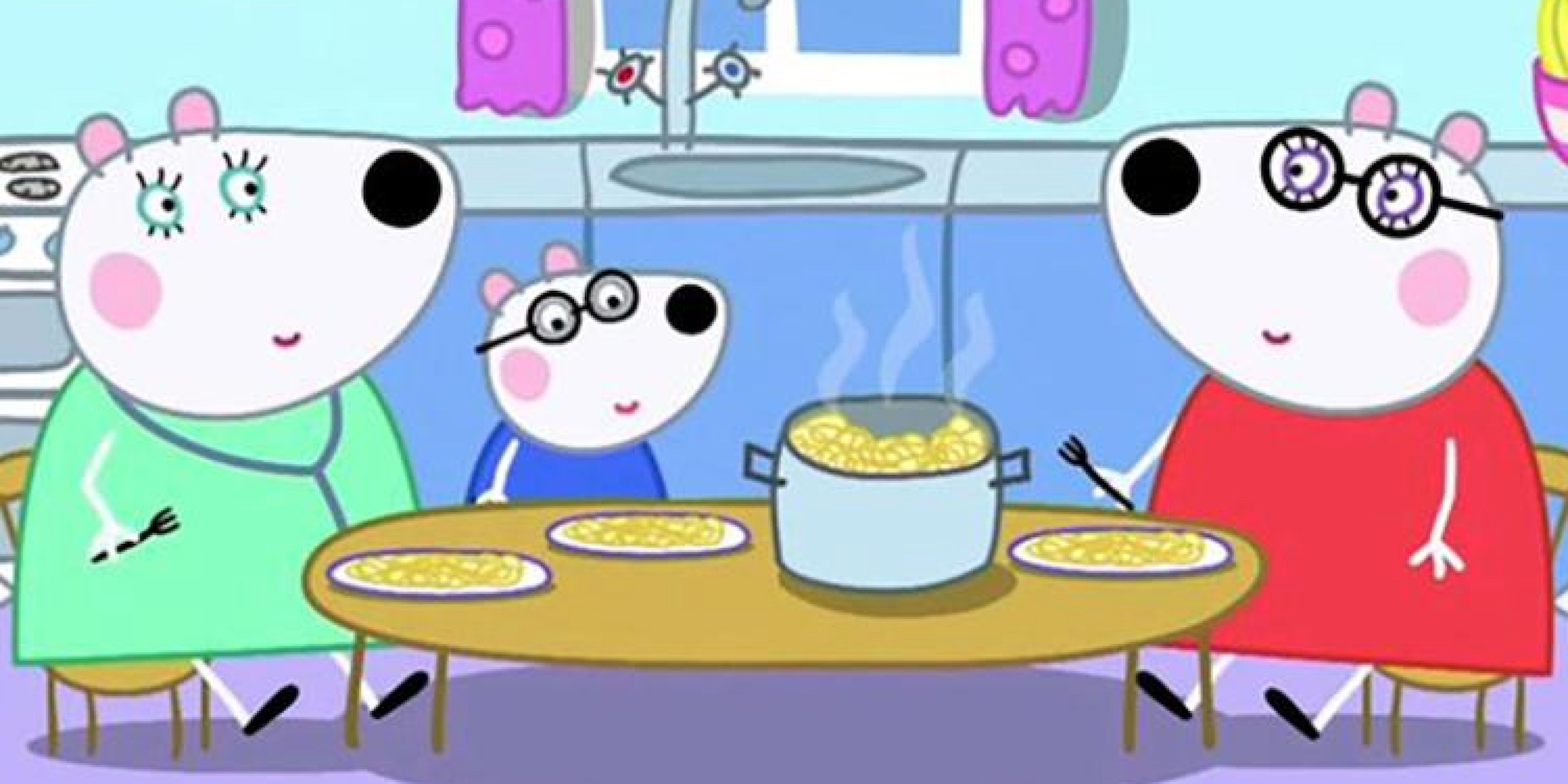 On Tuesday, children across the world tuned in to the latest episode of the hit British TV show 'Peppa Pig,' and met three new characters, a polar bear named Penny and her parents.

What sets these particular characters apart from the others is the fact that they make up the first same-sex family in the show's 18-year history.

In the episode, Peppa Pig's new classmates draw pictures of their families to be hung on the wall. Among them is Penny Polar Bear.

When her turn comes up, Penny sketches her parents and her, however unlike the other families on the wall, hers depicts two moms.

"I'm Penny Polar Bear," she says. "I live with my mummy and my other mummy."

"Lovely, Penny!" her teacher says as she hangs the picture on the wall.

Reaction to the inclusion of a same-sex couple in programming aimed at children was mixed.

Safe Schools Alliance, a group that works to ensure that schools act in accordance with the UK's 2010 Equality Act, praised the decision, calling it an "age appropriate representation of same sex couples."

Others, however, were not so pleased.

"That's the end of the Peppa Pig phenomenon," wrote author Nick Buckley. "What a shame. Education not indoctrination."

"Children need to learn the basics, the norm, the generalisations," he added, "not the outliers, the exceptions or the fashionable."

Others still mocked those expressed outrage over the inclusion of a same-sex couple while staying silent about "Miss Rabbit’s blatant tax evasion or Madame Gazelle taking the pre-school to the zoo without completing the necessary risk assessment first."

Before Peppa Pig, Arthur was perhaps the most high-profile children's show to include a sam-sex couple, with longtime teacher Mr. Ratburn being revealed as a gay man. In that particular episode, children see Mr. Ratburn get married to his partner.