A 12-year-old boy endured inhumane abuse in 2002 at the church camp overseen by Senate candidate Rev. Raphael Warnock where counselors poured urine on the child and forced him to sleep outside as punishment for wetting his bed. 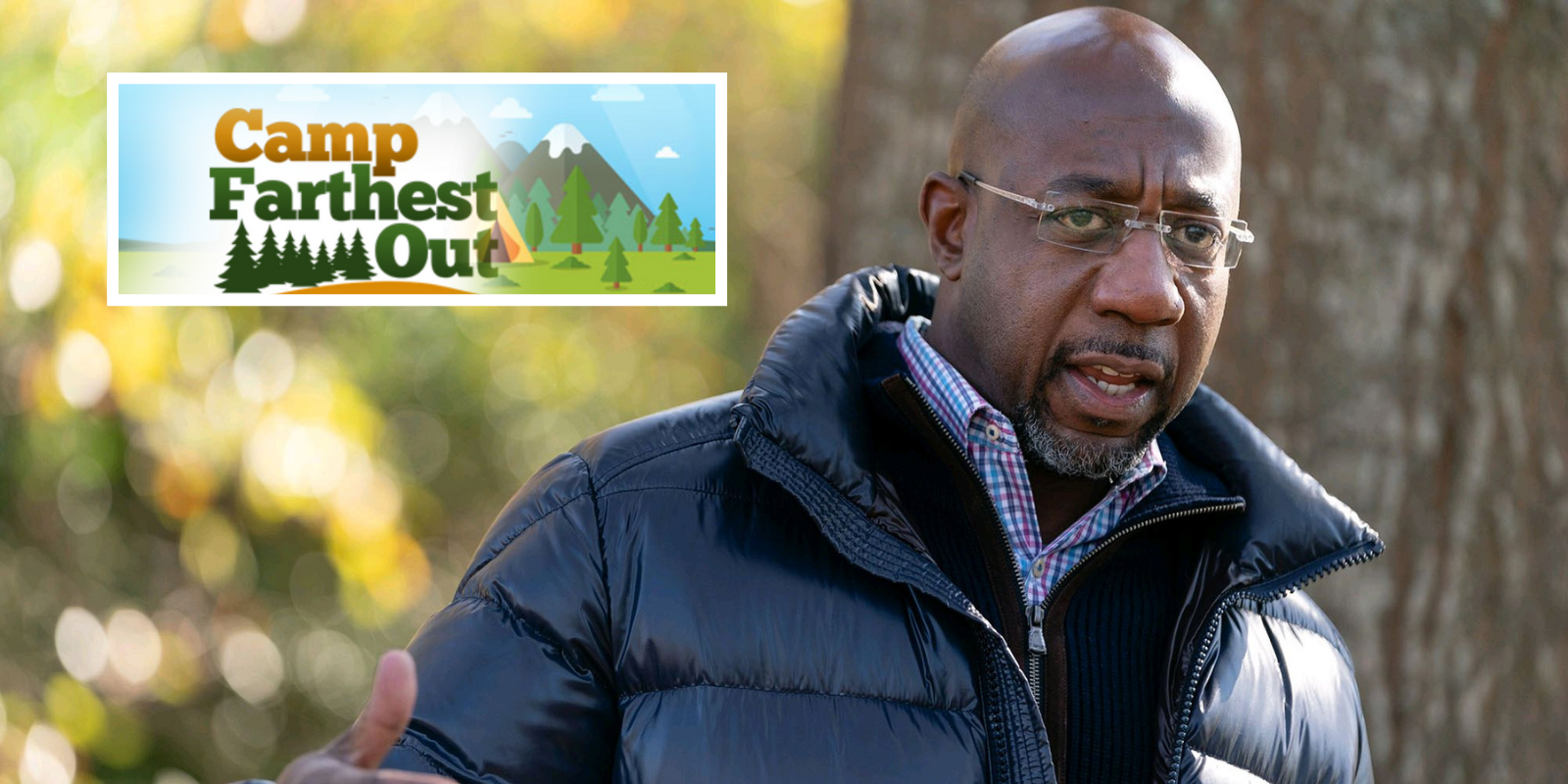 A 12-year-old boy endured inhumane abuse in 2002 at the church camp overseen by Senate candidate Rev. Raphael Warnock where counselors poured urine on the child and forced him to sleep outside as punishment for wetting his bed.

The victim, now 30-year-old, recounted the events in an interview with the Washington Free Beacon. Anthony Kevin Washington told the publication that the indignities he experienced resulted in a 2003 lawsuit that ended two years later when his family received a large financial settlement.

Washington’s case shines a public light upon the alleged neglect that transpired at Camp Farthest Out in rural Carroll County. Warnock oversaw the church’s sleepaway camp for inner city children as senior pastor of Baltimore's Douglas Memorial Community Church from 2001 until approximately 2005.

Counselors were young adults, in their late teens to early 20s, and displayed little interest in taking care of the campers, Washington charged. As punishment for wetting his bed, Washington said he was forced to spend the next night sleeping outside by himself on the basketball court.

His cabin door was then shut and locked to prevent him from entering. He told reporters that it was cold and dark outside where was he forced to remain.

"There wasn’t nothing out there but the basketball court. I ain’t never experienced nothing like that. Like, you’re not in a tent, you’re not in nothing. You’re just out, God knows where," he described.

Counselors also threw urine on him from a bucket they used when there wasn’t a bathroom nearby, Washington added.

Campers were prohibited from calling their guardians in the rural environment, he explained, which was his first time away from his parents.

When he was finally able to tell his mother what happened, she was furious at the camp administrators. "I can hear her in there, screaming at them," Washington recalled. "Next thing I knew, my mother was going to court.…I thank my mother for doing what she did. She is a life saver."

According to a court docket from the civil case, lawyers from both sides moved to dismiss the case "with prejudice" in May 2005—a resolution that frequently occurs when lawsuits are settled outside of court.

Officials from the courthouse and the Maryland state archives told the Free Beacon that they were unable to locate any records from the lawsuit. Washington’s family attorney stated that he was unable to discuss the matter on the record.

Washington’s sister, Dominique—who also attended Camp Farthest Out the summer her brother maintained the atrocities occurred—corroborated the family’s involvement in the suit when contacted by the Free Beacon.

"I just wanted to get the hell away from that camp," Washington said. "I didn’t want to spend another day there...That camp was real messed up."

Washington's story surfaces amid the Democratic hopeful's Senate run in Georgia against Republican incumbent Sen. Kelly Loeffler. The Jan. 5 runoff election is one of two races in the Peach State that will determine which party controls the upper chamber of Congress next year.

"I don’t think nobody like [Warnock] should be running for damn Senate nowhere, running a camp like that," Washington told the Free Beacon. "He should not be running for government."

Warnock faced scrutiny over his prior arrest when he and another reverend were accused of "hindering and obstructing" the Maryland State Police's child abuse investigation that focused on the camp's treatment of minors. A trooper claimed Warnock repeatedly disrupted her interviews with counselors, but the charges were later dropped by the state prosecutor.

"It's just unfortunate that our children had to see their pastors carried away in handcuffs," Warnock defended his efforts. "My concern simply had to do with the presence of counsel." However, State Trooper Diane Barry told The Baltimore Sun: "I've never encountered resistance like that at all."

Washington's allegations are corroborated by records from the Maryland Department of Health and Mental Hygiene, obtained by the Free Beacon earlier this month.

The documents indicated that campers were routinely left unsupervised, staffers were not subject to required criminal background check, and at least five cases of child abuse or neglect were brought against the camp's director—who was ultimately forced to resign.

"Staff are not supervising campers," one such health inspector reported. "Conversations w/ medical staff & pool staff indicate that this is routine among the counselors. It was observed during inspection today."

In June 2003, the Department of Health denied Camp Farthest Out's certificate to operate a youth camp for its failure to report at least five findings of child abuse levelled by the Department of Social Services against the camp director Brian Carter.

In a 2003 deal with the state to re-open Camp Farthest Out, the church agreed to fire Carter and two subordinates. Camp Farthest Out lawyer Paul Shelton said the camp’s leadership was purportedly unaware of the abuse findings against Carter.