A pair of Calgary police officers were caught on camera forcefully detaining a man at a hockey rink in a video that went viral on social media Saturday. 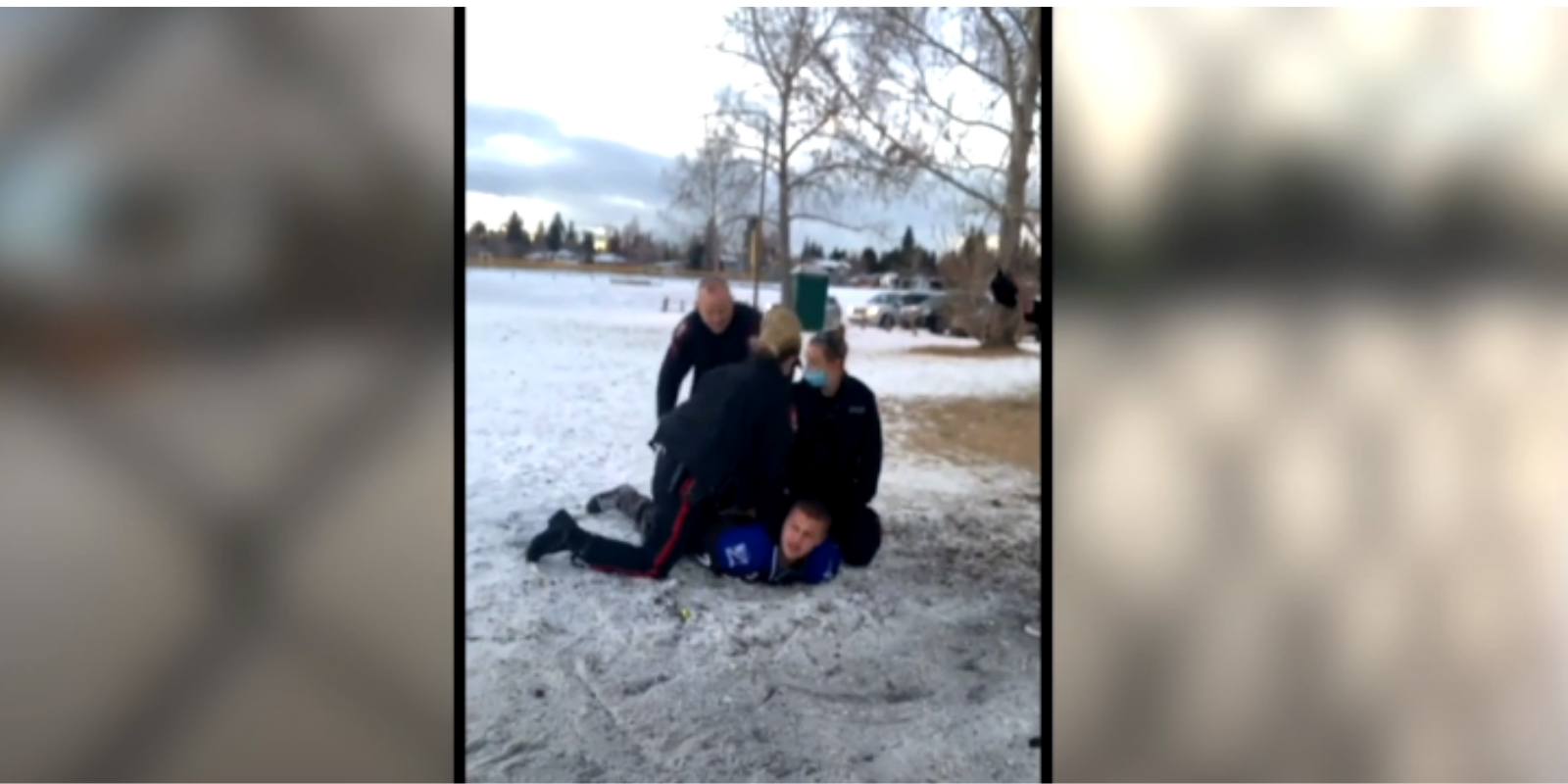 A pair of Calgary police officers were caught on camera forcefully detaining a man at a hockey rink in a video that went viral on social media Saturday.

On Thursday afternoon, police officers were called to the Southwest Rink in Calgary due to reports of "40-plus people" using the rink.

Ryan Sanoubar, 12, was skateboarding nearby and saw the incident, Global News reports. He began recording a confrontation involving the officers with his phone.

"A peace officer came sat in this car and got out and… told skateboarders we have to go and [were] not allowed to be there and we all refused and he called for backup for other police to come," Sanbour told Global News.

"They had him on the ground for six minutes, just frozen, cutting his skates off with a knife. They arrested him and threatened us saying: 'We are going to give you tickets if you don’t walk away,'" he continued.

Sanoubar's video shows the person already on the ground screaming, "Where’s our freedom? These police are handcuffing me, we are outside."

Calgary Police say that people refused to leave the area after officers told them they were in violation of lockdown orders, and that the one person in the video repeatedly refused to leave or identify himself.

Reactions on social media have been overwhelmingly negative towards the police officer's actions:

"Was a ?@CalgaryPolice? officer profanely threatening a guy playing shinny hockey with a taser edited out of this story and others ? It was in the raw video. Doubtful that would happen in Ontario. Police are trained in deescalation approaches"

In response to the above tweet, someone found a link to the raw video and shared it with Warmington:

"Watch here:" the link leads to two videos showing the raw footage of what happened.

Comments agreeing with the original post were many, and unanimously in favor of its sentiments of concern over overreaching police actions.

"When people are arrested for playing outdoor ice hockey in Canada, you know that the country is over. This has nothing to do with an epidemic, and everything to do with a war on Canada's culture & customs.  The epidemic is nothing but an excuse to carry out state rogue behavior."