If Gov. Gavin Newsom signs the Transgender Wellness and Equity Fund into law, it would legislate taxpayer funding of sterilization procedures for children. 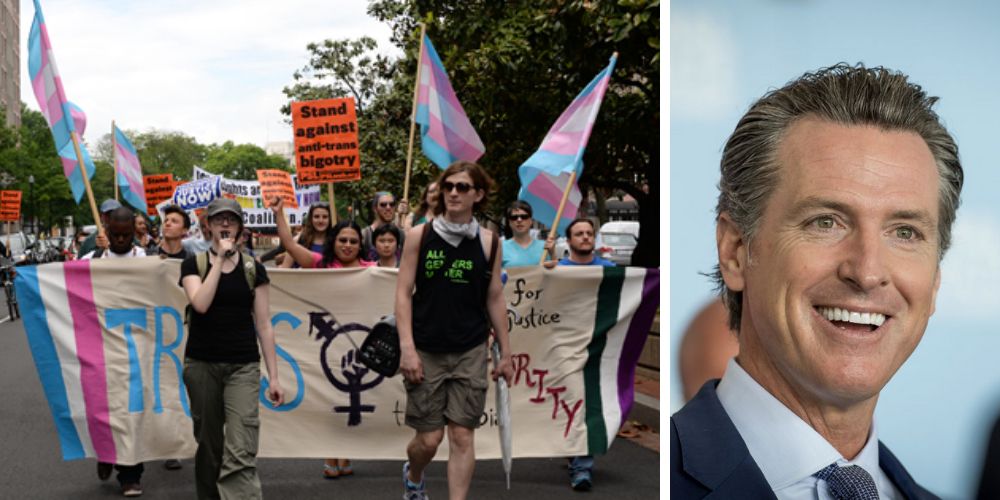 If Gov. Gavin Newsom signs the Transgender Wellness and Equity Fund into law, it would legislate taxpayer funding of sterilization procedures for children. Newsom and state lawmakers think this is good health practice.

While California has been essentially locked down due to Newsom's strict COVID-19 protocol, the state legislature has been busy passing legislation that will create a fund to pay for children to be sterilized in the name of transgender ideology.

A law creating this fund is not only an unnecessary and irresponsible use of taxpayer dollars, promoting an agenda at their expense, but it makes it legal and possible for young people to receive treatments that could adversely affect their health for life—treatments many doctors oppose.

What the bill says

CA AB2218 passed in the California senate and assembly August 29 and 30, respectively. If and when the bill is signed into law, it will "establish the Transgender Wellness and Equity Fund, for the purpose of funding grants" in order to "create programs, or [continue] funding existing programs, focused on coordinating trans-inclusive health care." The bill is aimed at transgender, gender-non-conforming, or intersex individuals, (referred to as TGI in the bill) which the bill explicitly states only make up about 200,000 people in California. For perspective, California boasts a population of nearly 40 million.

Essentially, the law would subsidize taxpayer dollars to go towards grants to "TGI-serving organizations for the purpose of increasing the capacity of health care professionals to effectively provide TGI health care and institute TGI-inclusive best practices." These TGI-affirming hospitals and clinics then help provide hormone replacement therapy or "gender affirming"—or what was previously referred to as sex reassignment--surgery to transgender patients.

In a press release, one of the bill's co-sponsors, assembly member Miguel Santiago (D-LA), says the bill provides "critical medical and direct supportive services for transgender, gender non-conforming and/or intersex people, otherwise know as TGI." He has no problem catering to the mere 200,000 this bill would apply to because Santiago believes "California's transgender community faces obstacles in receiving safe and non-discriminatory healthcare and the bill will fund programs where 'TGI-identified people can receive safe, competent and inclusive health care.'"

While the bill doesn't specify that it’s aimed directly at children, it also does not ban minors from receiving any treatment. So long as the person is "TGI," he or she is allowed to receive treatment via this new fund.

This bill is especially bad for kids

This bill has incredible ramifications for adults and children alike, but especially for children, who could easily receive hormone replacement therapy or sex reassignment surgery at an age well before they're able to consider the longterm consequences of such life altering decisions. Minors who receive these treatments could experience infertility or sterilization only to realize as adults, they want to have a baby and cannot, or they want to live life once again as their biological sex at birth and now are trapped in an other sex's body.

Dr. James Grisolia, a San Diego neurologist and California state director of the American Academy of Medical Ethics told CBN News that he is very concerned for the children who might essentially receive treatments due to the funds this bill provides. "It very explicitly says that the funds are going to be going to trans organizations who will then be working with medical clinics that they choose so the transgender organizations will be in the driver's seat on the treatment of children," Grisolia said.

"The problem with that is up to 85 percent of children think that they were born in the wrong body. They'll actually change their minds by the time they get to adulthood so we don't think it makes sense to treat a temporary problem with hormones and surgery that cause permanent harm," he said.

This bill could be potentially life-altering for children experiencing gender dysphoria and who seek hormone replacement therapy or sex reassignment surgery—radical treatments—at an age when dysphoria often passes with therapy. Not only will the treatments be paid for by taxpayer dollars, making treatment easier to obtain, but the law now explicitly legalizes hormone replacement therapy and sex reassignment surgery under the guise of "trans-inclusive health care." Should the child grow up and desire to return to living at their natal sex, I would not not be surprised for those treatments to be rejected by insurance or TGI-affirming healthcare institutions, due to this specific language.

This bill advances a progressive agenda at taxpayer's expense

In addition to the life-altering consequences for minors, this bill advances a far-left, progressive agenda on taxpayer time for a tiny portion of California’s population, something the bill state out right. To make it worse, California likely voters don't actually seem to support the bill.

Natasha Chart, board chair of the Women's Liberation Front, one of the organizations that  participated in this poll told The Post Millennial that she suspected California residents didn't actually support radical bills like this.

"California should be seen as the ceiling of their movement's public support, after several years of almost unchallenged indoctrination. And still, the opinions for which I, my friends, and my colleagues, have lost entire careers over, are solidly mainstream. Several years of being told that 'misgendering is violence,' having popular celebrities transition, and having valuable employers like the social media companies headquartered in Silicon Valley tell everyone that 'trans women are women,' and there are consequences for disagreement ... and still most people have resisted this narrative. I had a hunch that our opinions were mainstream, but before this I had no data to confirm that hypothesis. Now, I feel more confident that I was correct."

Several Republican state officials have criticized the bill, which is attempting to make this "TGI-affirming" agenda increasingly mainstream. In August, Congressman Doug LaMalfa sponsored two pieces of legislation to counteract this one, "in response to the growing push to normalize early and aggressive medical interventions ranging from puberty-blocking drugs to surgeries for children who identify as transgender." He hopes Both the Protecting Children from Experimentation Act and the End Taxpayer Funding of Gender Experimentation Act protect children and taxpayers from being subject to this radical agenda.

In a press release, Congressman Doug LaMalfa summed up California's progressive agenda well: "Our society has quickly 'normalized' gender experimentation under the guise of an 'accepting' political ideology rather than biological reality. Even more troubling, children are undergoing experimental treatments, like being injected with puberty-blocking hormones and cross-sex hormones, which have irreversible consequences, such as permanent sterility."

This law demonstrates how the California legislature has becoming increasingly radical in its attempt to make the the transgender, gender-non-conforming, and intersex community mainstream. As if requiring taxpayers to subsidize life-altering treatments under the guise of healthcare isn't enough, they have no qualms about subjecting children to possible life-long sterilization.