The bill, AB 351, alters the state’s Cemetery and Funeral Act to allow for such a burial method, which consists of "the remains of a human body that have been reduced to soil through a process of reduction." 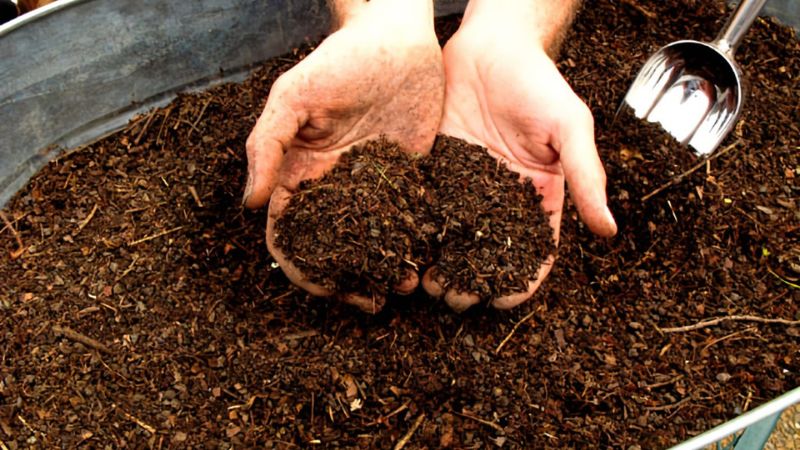 The bill, AB 351, alters the state’s Cemetery and Funeral Act to allow for such a burial method, which consists of "the remains of a human body that have been reduced to soil through a process of reduction."

The bill describes the process of "reducing a body," which begins with the body of a deceased person being "mixed together with natural materials and air and is periodically turned, eventually resulting in the body’s reduction into a soil material."

"Large tanks, containers, or similar vessels hold human remains together with straw, wood chips, or other natural materials until the process is complete," the bill continues. According to the New York Post, this process usually takes around 30 to 60 days.

These composted remains are then integrated into the soil within a cemetery, a conservation area, or on land where written permission has been obtained from the owner.

The bill, introduced by Assemblymember Cristina Garcia, is toted as being an environmentally friendly alternative to traditional burial methods.

"AB 351 will provide an additional option for California residents that is more environmentally friendly and gives them another choice for burial," Garcia said in a statement. "With climate change and sea-level rise as very real threats to our environment, this is an alternative method of final disposition that won’t contribute emissions into our atmosphere."

Garcia’s office claims that for each individual who chooses this method of burial, "the process saves the equivalent of one metric ton of carbon from entering the environment."

"I look forward to continuing my legacy to fight for clean air by using my reduced remains to plant a tree," Garcia added.

Katrina Spade, inventor of NOR and the founder and CEO of Recompose, a Washington-based funeral home specializing in the process, also toted the burial method’s environmentally friendly methods.

“It’s not easy to think about after-death choices. Natural organic reduction is safe, sustainable, and informed by nature. This process would provide Californians an option that offers significant savings in carbon emissions and land usage over conventional burial or cremation," Spade said.

In addition to its environmental benefits, supporters of the method say that composting human remains is a more economical alternative.

According to Forbes, a National Funeral Directors Association study from 2021 found that the average cost of a funeral is $7,848. US Funerals Online states that the act of composting costs between $4,000 to $5,500.

The bill received pushback from California religious groups, with the California Catholic Conference submitting a letter in June in opposition of the bill.

Kathleen Domingo, executive director for the California Catholic Conference, said that the process "reduces the human body to simply a disposable commodity."

Domingo also noted in the letter that the process had originally been used for the disposal of livestock.

“These methods of disposal were used to lessen the possibility of disease being transmitted by the dead carcass,” she said. “Using these same methods for the ‘transformation’ of human remains can create an unfortunate spiritual, emotional and psychological distancing from the deceased.”

The bill, which passed on its third attempt, has California joining four other states who legalized the burial method: Washington, Colorado, Oregon, and Vermont.