California, Washington to ban sales of gas-powered cars by 2035

In 2020, Washington state legislators passed a law tying the state’s vehicle emissions standards to ones set in California, which announced this week that they will be ending the sale of gas-powered vehicles by 2035. 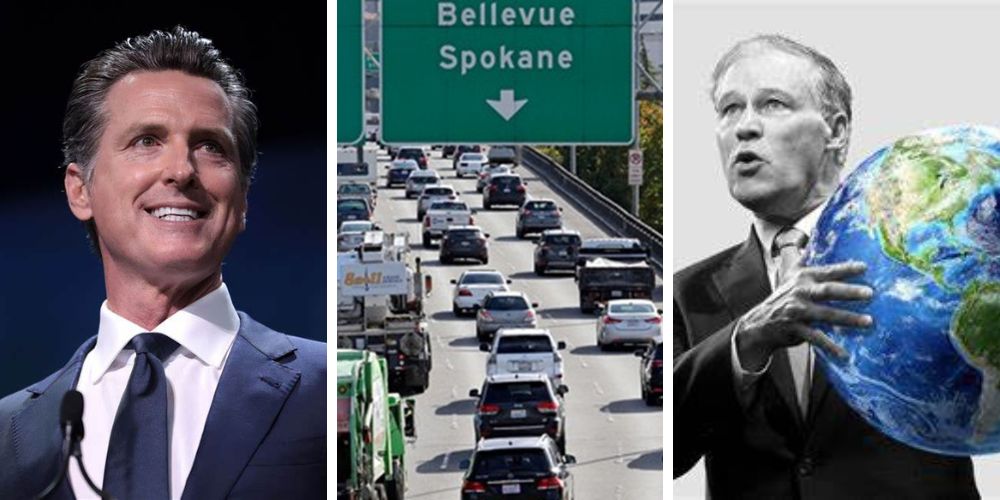 Washington state Democratic Governor Jay Inslee announced on Thursday that he will be following California's lead and would be banning the sales of new gasoline-powered cars beginning in 2035.

In 2020, Washington state legislators passed a law tying the state’s vehicle emissions standards to ones set in California, with the Golden State announcing this week that they will be ending the sale of gas-powered vehicles by 2035.

According to CNBC, on Thursday the California Air Resources Board issued a rule requiring automakers to speed up the production of vehicles running on cleaner energy in 2026, until the sales of only zero-emissions vehicles are allowed in the state, which is scheduled to occur by the year 2035.

California officials say the new rule is critical in transitioning towards 100 percent renewable energy by 2045.

Washington’s Department of Ecology is now required to go through a rule making process to finalize the details of the Evergreen State’s phase-out plan. The new rule is expected to be proposed on September 7. This will be followed by a public comment period with final adoption expected by December.

A lobbyist with the Association of Washington Business Mike Ennis told Axios that the state should focus on incentivizing people to switch to electric vehicles (EVs), rather than imposing mandates.

Republican state Rep. Andrew Barkis of Olympia told the outlet that the policy’s adoption through rule making, rather than through a new bill in the Legislature, was "circumventing the process."

The ranking Republican on the House Transportation Committee added, "I just think Washington should stand on its own— it shouldn't be following Oregon and California — but that’s what the governor loves to do."

The announcement came the same day that Inslee and Senator Patty Murray released a final report that the benefits provided by four giant hydroelectric dams on the Snake River must be replaced before the dams can be breached to protect salmon runs, including the reliable and carbon-free electricity the dams generate.

According to Todd Myers of the Washington Policy Center, "The governor’s report on the Snake River dams ignores the consensus science on salmon and the Snake River dams and puts politics before true salmon recovery efforts. Destroying the dams would divert vital funding from salmon runs at greater risk, would not help Southern Resident Killer Whales, and would increase CO2 emissions. What the governor proposes is a lose-lose-lose for the environment that puts politics before science."

Myers added that a study cited by the governor’s report actually said that rather than harming the salmon, Snake River salmon returns were better than many places without dams across the region.

"The governor’s revised report now acknowledges that error, but uses a political statement from the Biden Administration to dismiss the peer-reviewed research. It is clear that the report authors were unfamiliar with the current science and were simply looking for studies that agreed with their preferred result."

Myers continued that over $30 billion would be needed to "destroy the dams and mitigate the energy and economic damage is equivalent to more than 300 years of Washington’s salmon recovery funding. Nowhere does the report even attempt to address whether spending that amount of money on one salmon run is the best way to help endangered salmon across the Northwest. Spending this amount of money without a serious assessment is irresponsible."

Myers noted that the report "acknowledges that destroying the dams would increase electricity costs, increase the risk of blackouts, and increase CO2 emissions. These negative outcomes would impose harm on working families, small business owners, and the environment."

Speculation has grown that Gov. Newsom is gearing up for a run for the White House. Inslee has unsuccessfully run for president before on the sole issue of climate change and has attempted to position himself as the driving force of recent legislation. It is rumored that Inslee is also planning on running for the top job in the US government.