Canada has lost $6.2 billion in potential oil revenue due to lack of pipelines: Canadian Taxpayers Federation

According to a recent report by the group based on statistics provided by the Parliamentary Budget Officer, lack of pipeline development has led to a total of $6.2 billion in lost revenue from 2013-2018. That sum is going up every day by an estimated $3.6 million dollars. 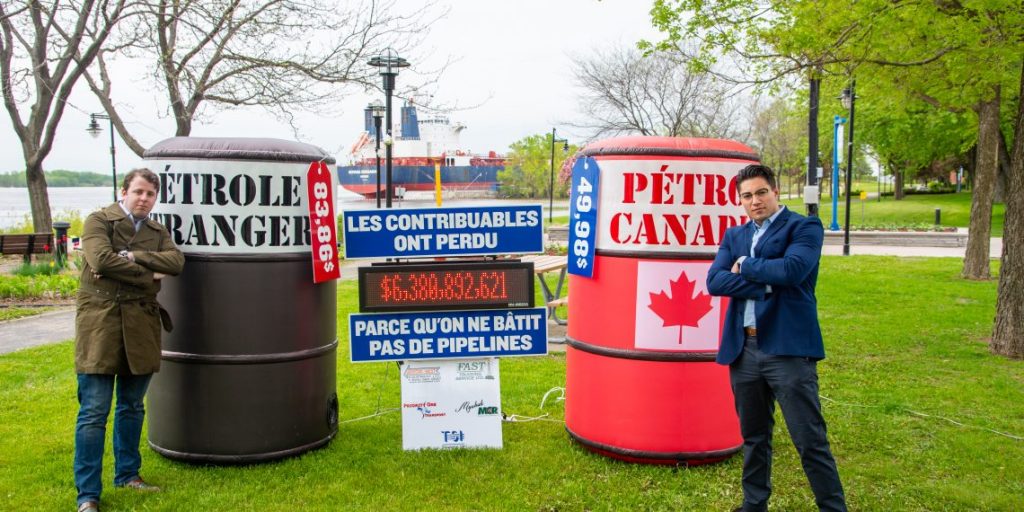 The Canadian Taxpayers Federation (CTF) is currently touring throughout Canada to raise awareness on how much potential revenue Canada has lost due to the low value of Canadian oil.

According to a recent report by the group based on statistics provided by the Parliamentary Budget Officer, lack of pipeline development has led to a total of $6.2 billion in lost revenue from 2013-2018. That sum is going up every day by an estimated $3.6 million dollars.

These are funds which can be used for important infrastructure and development projects like hospitals or schools according to Alberta Director for the CTF, Franco Terrazzano.

“Taxpayers are losing out on billions of dollars because we can’t get pipelines built and we aren’t receiving full value for our oil. That means taxpayers have less money for everything from hospitals to teachers and are stuck with a higher tax bill,” said Terrazzano.

Representatives of CTF have already made stops in Toronto, Ottawa and Montreal.

“This is a unique opportunity we have to tell Canadians that no, oil and gas doesn’t just hurt Alberta and Saskatchewan. It hurts Quebec, New Brunswick, it hurts Ontario, it hurts every single province in our country,” said Brossard.

“No one made a calculation, just in terms of how much revenue the government is losing. Every day for the past five years and for the next five years, we’re seeing that the federal government will lose $3.6 million worth of revenue.”

A related website has been launched by the CTF to petition Prime Minister Justin Trudeau to “immediately and urgently enable pipeline construction to proceed.”

The federal government is expected to make a decision on the development of the $4.5 billion Trans Mountain Expansion pipeline on June 18th.

“I think in case of the federal government not wanting to get its jurisdiction to be respected has definitely not helped pipelines, also there have been provinces that have been trying to block pipelines, sometimes going further than what their constitutional jurisdiction is,” said Brossard.

In the latest development around the TMX, a British Columbia Court of Appeal ruled that provincial legislation to limit the amount oil flowing through B.C. was unconstitutional. The province is hoping to appeal the decision in the Supreme Court of Canada.