Canada in need of leaders to fix unfair equalization formula

The Confederation of Canada requires a Prime Minister who can unite this country and solve the significant economic challenges we are facing domestically. 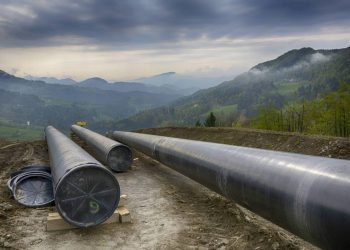 Striking a nerve with Albertans, Quebec’s stance on the “social acceptability” of Albertan energy remains a point of contention between the provinces.

According to Quebec Premier Francois Legault, the request for another pipeline in his province bared “no social acceptability,” angering Medicine Hat Mayor Ted Clugston, who recently called for a small gesture that “maybe sends a message” to Mr. Legault.

“In Medicine Hat, we just didn’t feel like we could spend our taxpayers’ money in a province that didn’t welcome us,” Clugston said.

With Quebec saying “no” to the Energy East pipeline, followed by Ottawa’s allowing their pipeline veto and a subsequent $1.2 billion increase in equalization payments, relations with Ottawa and Quebec leave much to be desired, all the while questioning the viability of the current federal equalization formula.

Killing off Energy East with the “No Pipeline” legislation, Bill C-69, alienates Albertans from Confederation even further.

In part, the divisive state of discourse on oil and gas has propped up support for secession, as a recent poll by the Angus Reid Institute indicated. 50% of Albertans reported secession was an initiative they’d support.

In the case of Medicine Hat, the southern Alberta city faced cut after cut “telling [its] employees that they take zero per cent wage increases,” says Mayor Clugston.

“We’re cutting how often we water the parks, and then all of a sudden for our citizens to see seven of us are flying to Quebec? Well, the optics of that perhaps aren’t the best either.”

Clugston’s Calgary counterpart Naheed Nenshi believes “dialogue is better than taking your puck and going home.” However, Quebec’s controversial ban on religious symbols in the workplace, Bill 21, almost earned a boycott from Nenshi and Co.

Ultimately, the downturn in energy prices added to Quebec paying a lower federal carbon tax than Alberta and stifled desires for Medicine Hat to attend the Federation of Canadian Municipalities (FCM) conference that was scheduled for May 30th in Quebec City.

Appealing Alberta’s case on pipelines and oil and gas is one that needs to be made; however, better approaches can be taken than attending the FCM.

Medicine Hat has been the beneficiary of public ownership on drilling and natural gas operations within city limits. This has subsidized property taxes in the area.

Council members voted Monday unanimously to boycott the FCM, voting 9-0 in favour of the boycott.

Quebec: A Long History for Inter-Provincial Tensions on Oil and Gas

While BC’s Premier was quick to show the fragility of his anti-pipeline stance in threatening to sue Alberta over its “turn off the taps” legislation, his anti-oil and gas attitudes had a precedent set by its Eastern neighbour in Quebec

There were concerns associated with implementing a more balanced approach to the economy that accounted for any assessment of environmental impacts with the industry.

Ultimately, Quebec’s pragmatic approach revealed a gap between the nation’s economic reality and its espoused ideological leanings. Given the fact that they have long reaped the benefits of provincial Crown royalties on Alberta’s oil and gas, dating back to the 1960s, the claim to responsible resource development under the Canada-Quebec Accord demonstrated blatant hypocrisy.

Responsible Resource Development is of the utmost concern to Quebec, particularly on matters on the oil and gas industry. Though admirable at face value, if the need for a balanced approach to the economy were the actual intent, they would not support such exploitative economic practices fueled by equalization payments.

With Alberta holding a budget deficit of $9 billion in the previous fiscal year, we as taxpayers are still expected to pay into equalization as part of our membership in Confederation, despite Quebec having the luxury of a budget surplus. Spending way more than we get in return, on top of the land-locking of our natural resources, serves to alienate Albertans even further.

Remember when Montreal dumped 2 billion gallons of raw sewage into the St. Lawrence River in 2015? Most do, but perhaps the ‘pro-environment’ crowd need their memory jogged.

According to the 2011 Canada-Quebec Accord, the claim to responsible resource development of petroleum products in the Gulf of St. Lawrence held the oil and gas industry to account on its environmental impacts. Former Montreal Mayor Denis Coderre chalks up the dumping of sewage as the only alternative because they had “no other option.”

While disputes between the provinces, especially Alberta and Quebec, are nothing new, this extended and exacerbated disagreement is one that is in dire need of addressing. Leadership on this is needed primarily at the federal level, in regards to equalization and projects in the national interest, but also at the provincial and municipal levels.

The Confederation of Canada requires a Prime Minister who can unite this country and solve the significant economic challenges we are facing domestically. While it is undoubtedly a difficult task, it is one that desperately needs to be addressed before the wave of secession sentiment becomes too strong to stop.