Canada is sending more firefighters to Australia to help with bushfires 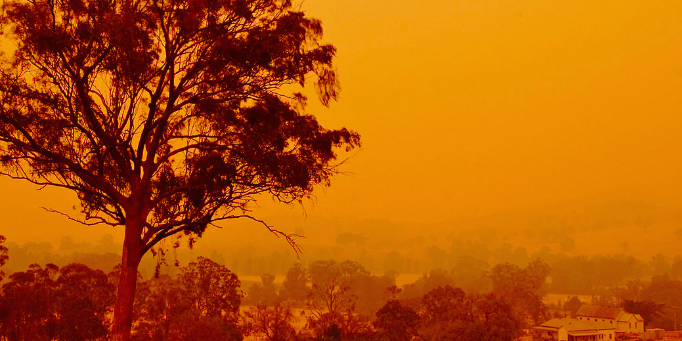 Australia has been battling over 150 fires and is receiving more help from Canada, who has just brought another crew of workers to New South Wales. There are now four deployments it total helping to fight the fires that have taken the lives of over 20 people, scorched around 5 million hectares and are estimated to have killed over 400 million animals.

On Saturday night, twenty-one Canadians left for New South Wales. According to the Canadian Interagency Forest Fire Centre (CIFFC), there is a fifth deployment scheduled to leave on Monday night including an additional eight specialists.

Including previous deployments, there are 95 Canadians in total helping to fight the ongoing fires in Australia. On Jan. 9, the first deployment will be returning to Canada after 38-days. Crew members have volunteered for between 31 and 38 days.

In recent years, Australia has sent firefighters to help with the fires across B.C. and Alberta four times according to Melanie Morin, who is an information officer for CIFFC. She added that having opposite fire seasons makes sharing resources between countries more efficient.

Morin told the National Post that help from abroad is “always much appreciated.”

“When we did have big seasons out West, sometimes it starts early, and you can see the rest of the summer going ahead of you and you just have no idea when it’s going to end,” said Morin.

“So getting fresh hands, fresh eyes, people who are ready to jump in … they are a great relief and really, really a great help.”

Morin added that the workers in Australia have been fighting the fires for over 120 days in a row now.

About 100 people have been deployed by the U.S. to help the situation in New South Wales. The New South Wales Rural Fire Service already includes around 74,000 volunteers.

Members of the Canadian deployments have not been sent to fight the fires directly but to provide management and strategy as well as analyst to make predictions on the course of the fires.

So far the CIFFC has sent all of the help that Australia has requested and will do their best to provide further help if needed.

Morin mentioned that estimating the resources needed for the fires is not an easy thing to do.

“We have sent everything that we’ve been asked for,” she said, “If they ask for more from Canada … then we’ll do our best to fill that role.”

According to the NSW Rural Fire Service, about half of the 136 current fires in New South Wales are uncontained. The crews are putting their effort into the larger and more threatening fires.