Canada needs investment and innovation, not taxation and regulation

The focus on investment and innovation in lieu of ineffective punitive approaches is sensible. 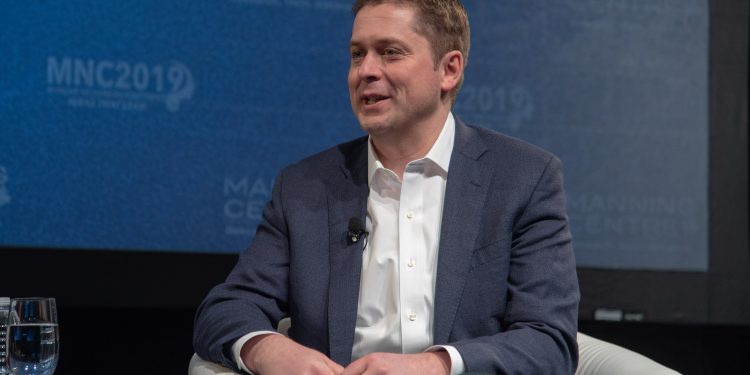 Even if one is not inclined to “market” approaches, a limited role of government, low levels of subsidies or taxation, there are a few simple facts that suggest that the dominant taxation and regulation policy mix on climate and the environment is left wanting. Andrew Scheer’s proposal, released yesterday, aims to change that. Though it is short on detail in parts, the overall approach is reasonable, and friendly to growth and innovation—the keys to success in climate and environmental policy.

First of all, Canada’s emissions are a small fraction of global GHG totals. What amount to small-impact taxation initiatives are not the most effective way to bring down global emissions levels, though economists agree, that if designed correctly, carbon taxes are effective ways to reduce emissions without harming growth. The problem is that most taxation schemes do not meet these standards.

Secondly, Canada has seen improvements in environmental indices, most notably air quality since the 70s, and declining levels of GHG emissions per person, and relative to GDP increases since 1990. The United States has seen recent improvements in GHG emissions due to a mix of factors, though many agree that the main ones include fracking and natural gas use.

One of the main problems with punitive measures is that consumers and producers find ways to circumvent the impositions against carbon emitting practices, known as “carbon leakage.” Producers can rejig their supply chain so as to absorb the cost imposed by the regulation. This can mean more carbon-intensive production of a good somewhere in the supply chain outside of the reach of the regulation, or higher emissions levels due to longer transportation routes if inputs are sought from places with lower prices and environmental standards, for example.

Hypothetically, there are ways around this—designing policies that mitigate the ability of companies to do this. Though this is easier said than done, as the level of complexity increases as the number of variables that must be accounted for and controlled multiplies. Like the global taxation and regulation proposals, the sheer complexity and cost makes the efforts to control for all possible avoidance measures largely futile.

Regulation and taxation are important, but at the end of the day, technological improvements allow wealth to increase and emissions to decrease in tandem. The way forward from a policy perspective should be to focus on investment in technology and innovation.

It is often said that the problem is so dire that major interventions are required. The fact of the matter is, climate change and its effects are but one group among many problems and threats that the human species faces at any given time. Developments in artificial intelligence, geopolitical instability, privacy threats, poverty, disease, weapons development, and genetic engineering are just some on the long list of existential threats to consider.

One need not be an expert in modelling and forecasting to recognize that the ability to predict—and to specify that prediction—decreases with the size, scope, number of variables, and time scale that must be taken into account in a predictive model. Forecasting in the realm of human action is notoriously difficult, and social scientists rarely keep their long-term forecasts within a standard deviation of accuracy. The climate is, along with the human brain, one of the most complex “systems” in the known world, and to think that we can project what the effects of temperature increases will be in the long run with precise levels of confidence and specificity is hubristic to say the least.

We can clearly see that there is a problem and that something should be done about it, but this is very different from blanket statements about emergency and crisis that have been made repeatedly, and have failed to materialize since the environmental movement began in the 70s.

Forecasting techniques can take into account general trends that are expected to continue, increase, or decrease into the future. They cannot adequately take into account the many unforeseen variables that only seem to have been predictable in hindsight.

Who predicted on the basis of strong, empirically-based reasoning and theoretical modelling the development of the steam or the combustion engine, DNA sequencing, the internet, mobile phones, election results, etc.? The answer is no one because the concept of a highly predictive model about complex systems, years into the future is a contradiction in terms.

What the best climate scientists and environmental researchers are saying on the basis of good evidence is that there is a problem, and that it is wise to do something about it. The forecasts, when done well, are up front about the variables and assumptions in the models, and include scenarios with different assumptions about what will change and what won’t in the future.

In the public debate, there is seldom much consideration of costs relative to the benefits of different approaches, the role of increasing prosperity in mitigating damages, and the relative value of climate and environmental initiatives compared to efforts to deal with many other current and future problems that we may face.

The IPCC engages in this sort of cost-benefit analysis about climate change and the strategies designed to mitigate it.

William Nordhaus, co-recipient of the 2018 prize in economics, drew attention to the fact that climate change policies must be attentive to economics and cost, and that carbon taxes could be effective, though under certain conditions. He developed models to show the cost of climate change and policies designed to mitigate it relative to GDP growth projections.

Bjorn Lomborg has been working with over 300 economists from around the world to compare the costs and benefits of different strategies aimed at mitigating climate change and dealing with its effects, as well as ranking and prioritizing them in comparison to the UN Millennium Development Goals and Sustainable Development Goals.

What is clear is that the ability to deal with large-scale problems increases with higher levels of wealth, where “wealth” in this case just serves as an indicator of the collective human capacity to mobilize resources to meet challenges.

The Liberal environmental strategy was high on moral rhetoric and “emergency” talk, but lacking on practicality and effectiveness, focused as it is primarily on taxation and regulation.

Andrew Scheer released his plan yesterday. You can watch here, and read about it here.

The focus on investment and innovation in lieu of ineffective punitive approaches is sensible. The measures designed to incentivize investment in green tech on the part of consumers and producers are potentially positive-sum, and likely to result in positive feedback loops if done well—consumers and producers can have a mutually beneficial interest in green products and services.

One might yet wonder how much innovation Canada can foster, how effective the home tax  and patent credits, and regulation focused on major emitters will be, and for good reason. The plan lays out a trajectory, and not too many specifics.

There is, in my view, one significant problem, albeit only from the “purist” perspective—the interventionist taxation and subsidy approach. When you tax everyone to subsidize a small group—or vice-versa—and do it frequently and with large sums of money, special interest lobbying becomes the norm. This is already business as usual in the Western democracies, but has arguably worsened under the tenure of consecutive regimes of all political stripes who have enacted the same type of special interest policies for different agendas.

From the perspective of politicians, interest group support is crucial to electoral success; from the perspective of businesses, once a certain scale is achieved, the marginal value of dollars spent on lobbying is higher than that spent on capital, labour, or technological innovations. The policies should be designed in ways that limit interest group politics and reduce the incentive to lobby rather than innovate.

Whether or not the plan can be effective if turned into a reality, it is a good start and a welcome addition to the public conversation. I’d wager most moderate voters see the proposal as reasonable and better than what they might have expected from the Conservatives.