Canadian far-left extremist groups are hoping to take advantage of the COVID-19 coronavirus pandemic to further their radical views through direct violence. 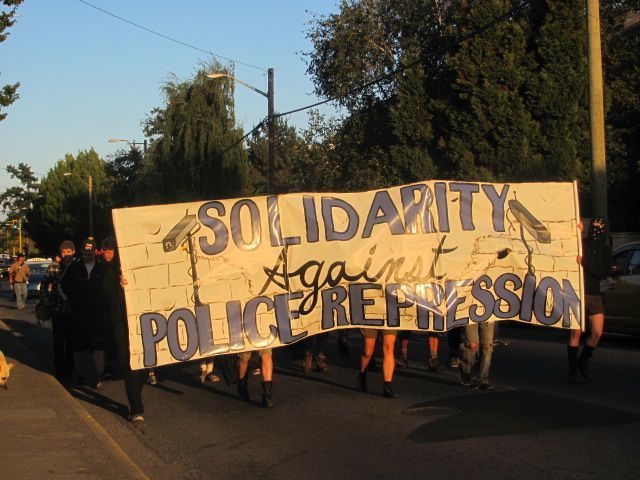 Canadian far-left extremist groups are hoping to take advantage of the COVID-19 coronavirus pandemic to further their radical views through direct violence.

Montreal Counter-Information published a post on April 13 titled “In May, Let’s Play: A Call to Conflict” that said the COVID-19 pandemic has created conditions “favourable for attack.”

The post said that Montreal Counter-Information’s supporters should commit violent actions against police officers to take advantage of the situation.

“Now that the control forces canvassing the territory with vehicles, drones, or just by foot have never been so present and overworked, what could happen if they were threatened inside their fortresses, with death threats written in paint?” said an anonymous submission to Montreal Counter-Information’s website. “Regularly attacked with some stones/cocktails/fireworks/firecrackers in the middle of the night as they sleep? If they were ambushed during their patrols?”

“Now that the cages are chock full and that people slowly die behind bars, what could happen if the guards’ cars would unfortunately meet with a screwdriver/hammer/firestarter?” said the post. “If the people who lock up and stand guard, already under constant pressure, were hit and beaten while going back home?”

The post said that they do not know what will happen if people engage in direct violence against law enforcement. However, the author said “that’s precisely why we imperatively should try it.”

The author said that this post is “an invitation for a dangerous May.”

Montreal Counter-Information’s website has a legal notice that says they “do not condone or promote illegal, violent, or unlawful behaviour or actions, or acts of intimidation against individuals or groups.”

North Shore published a post on April 20 that said despite the COVID-19 pandemic, they need to gather to “celebrate May Day as we have come to know it: a celebration of anticapitalism.”

The post said that they have to adapt and shift their strategies because of new realities.

The post said that North Shore’s followers should gather in small groups and commit crimes, such as property damage and vandalism, to celebrate May Day.

“Direct decentralized action is a skill we already have, and it can be taken in small groups, which is convenient when the pandemic makes it reasonable to reduce the number of people we’re close to,” said an anonymous submission to North Shore’s website. “We propose a two-week window centred on May 1st for going out and attacking capitalism- tags, breaking things, liberating stuff, use your imagination [sic].”

The anonymous author said that the COVID-19 pandemic is a perfect opportunity to commit violence.

“It is a delightful new reality that it no longer cocks eyebrows when you’re just someone out for a night jog in a mask and hoodie down the empty, empty streets,” said the post. “And coming out of the Wet’suwet’en solidarity movement, there is a lot of resistance to celebrate, as well as new skills and contacts to build on.”

North Shore’s website said that this organization is run by “anarchists, meaning that we organize ourselves based on autonomy, solidarity, and mutual aid, and in opposition to all forms of domination.”

Montreal Counter-Information and North Shore could not be reached for direct comment in time for publication.