The Taliban says they seek an "inclusive, Islamic" government, more moderate than when they last held power. Quebecer Fakhria Rezaie, 29, says those are empty words. 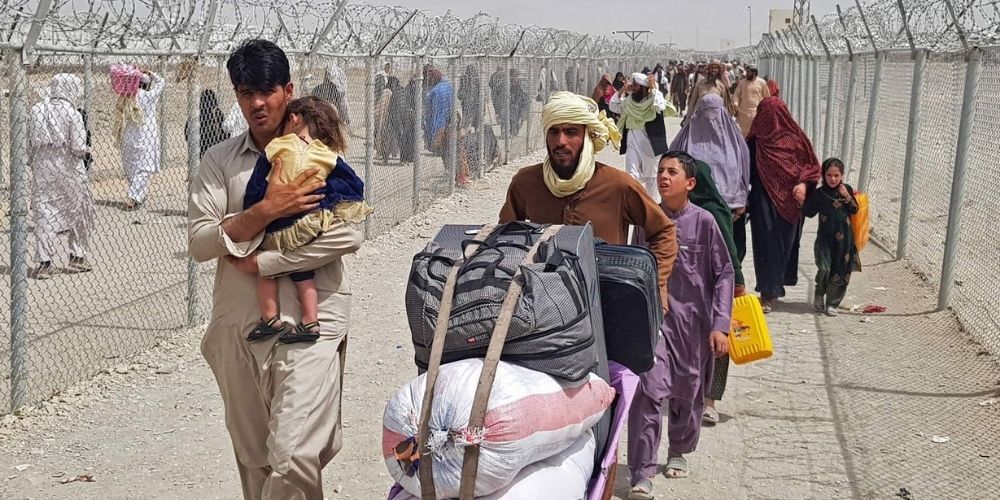 Canadians of Afghani descent are deeply skeptical of the Taliban’s intentions as thousands try to flee the country.

At the first Taliban press conference on Tuesday, a spokesperson said the terrorist group is "committed to the rights of women within the framework of Sharia." The Taliban said they supported girls' right to education.

While international bodies like UNICEF are taking the Taliban’s reassurances about women’s rights at face value, several Afghans in Canada reminisced over their families’ struggles to reach safety during the previous Taliban takeover over two decades ago.

Quebecer Noori Massoud, 30, said the recent turmoil in his home country led to several sleepless nights as he feared for the lives of family in Afghanistan. "My body is here but my mind is there," he said.

He left Afghanistan in 2014 for England before moving to Canada.

"When the Taliban were in power, I was a kid," said Massoud. "I remember that time was very dark, lots of bad memories. It's happening again in my country and it's very sad."

"No one feels safe – all Afghans," he said. "Especially women. They fear for their lives."

Under Taliban rule in the 1990s, television and music were forbidden. Women were barred from attending school or working outside the home, and they had to wear a burqa in public and be escorted by a male guardian from the same household.

The Taliban said during a press conference on Tuesday that they seek an "inclusive, Islamic" government, more moderate than when they last held power. They also vowed to respect women's rights, forgive those who fought them and ensure Afghanistan did not become a haven for terrorists.

Quebecer Fakhria Rezaie, 29, said her family fled Afghanistan when she was seven, and said those are empty words.

She spoke to CP24 about the "horrific" memories during the Taliban takeover of her hometown in 1998.

"They came looking for the men and took everyone over 15," said Rezaie. "We still don't know where they are, including my uncle, and to this day we haven't heard from him."

She said there is no hope left in her hometown of Mazar-i-Sharif, which was taken over by the Taliban suddenly and violently in 1998. "I have so many memories from it," she said, "it was savage and terrifying. Humanity didn't exist."

Rezaie said after her family found her father in an Afghan prison, where he spent three months following his abduction by the Taliban, they fled to Pakistan for three days before moving to Canada.

"We fled a few days after we found my dad, leaving everything behind," she said. "We were so afraid, my dad just wanted to be able to cross the borders and breathe."

Rezaie added that her story is not only hers alone as she also spoke for others who experienced the same thing, and those currently going through it.

Over the past week, the Taliban have assumed control of Afghanistan and its capital, Kabul. President Ashraf Ghani fled the country to Afghanistan.

After the Taliban took control of Kabul, 23-year-old Saddia Rahmanyar said she spoke to her relatives who remain in the city. Her three uncles, a dentist, pediatrician and pharmacist, and their families lived in Kabul their whole lives. Her younger cousins said they have never seen this kind of violence and anarchy before.

"The state was lawless for 24 hours, where you can do whatever you want and get away with it. My cousin claims that in his 23 years, he had never seen this much chaos," she said.

Canadian-born Rahmanyar and her parents fled Afghanistan in 1996 to avoid Taliban rule. Though she had visited family in Kabul over the past five years, she said now she is unable to send them money. "All the banks are closed and no one is working."

"I can donate to organizations," she said, "but making sure that the money goes directly to my family is really unknown at the moment."