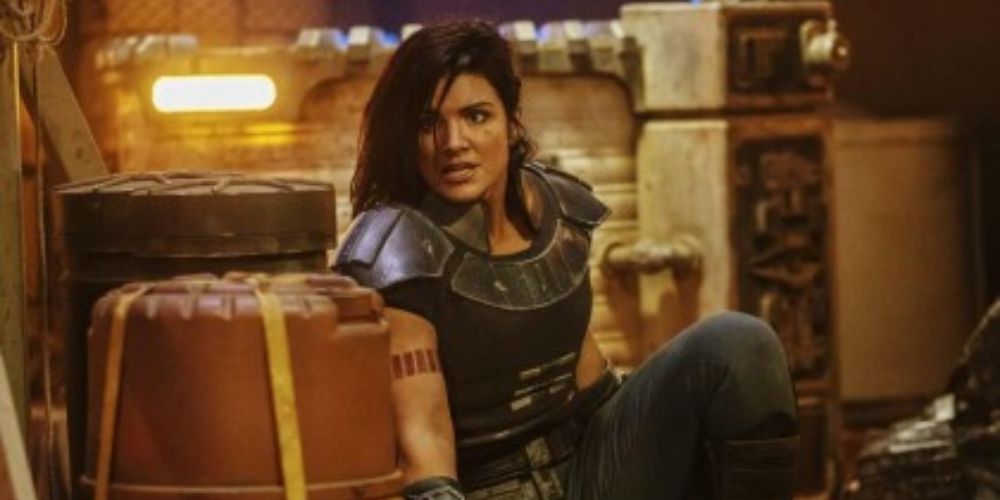 Following the reported firing of Mandalorian star Gina Carano from Lucasfilm #CancelDisneyPlus began trending on Twitter with many citing other allegations against Disney, Disney owned properties and employees.

Carano was fired after sharing a controversial social media post, according to the Hollywood Reporter. The now deleted Instagram story showed a picture of a Jewish woman being persecuted by Nazis and said, "Jews were beaten in the streets, not by Nazi soldiers but by their neighbors … even by children. Because history is edited, most people today don’t realize that to get to the point where Nazi soldiers could easily round up thousands of Jews, the government first made their own neighbors hate them simply for being Jews. How is that any different from hating someone for their political views."

"Gina Carano is not currently employed by Lucasfilm and there are no plans for her to be in the future," a Lucasfilm spokesperson said in a statement. "Nevertheless, her social media posts denigrating people based on their cultural and religious identities are abhorrent and unacceptable."

Soon after the announcement of the canceling of the beloved character, #CancelDisneyPlus was trending above Gina Carano on Twitter.

According to the Hollywood Reporter, "Lucasfilm planned to unveil Carano as the star of her own show during a December investor's day presentation but scrapped those plans following her November tweets. Multiple Mandalorian spinoffs are in the works from executive producers Jon Favreau and Dave Filoni, including Rangers of the New Republic, which could have potentially starred Carano."

As of publishing this article the opposing sides were using each other's hashtags to make their respective points, with other users using the hashtags to hype other Disney franchises including WandaVision which premieres a new episode Friday.