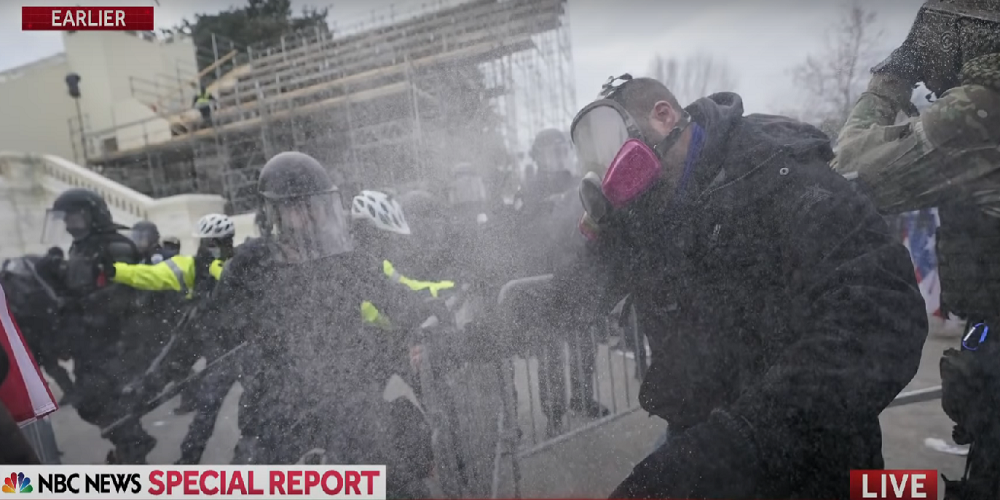 The announcement comes one day after the storming of the Capitol building by Trump supporters in Washington D.C. The protesters broke into the Capitol building and clashed with Capitol Hill PD in several violent clashes involving the deployment of teargas, flashbangs, and live ammunition on unarmed protesters.

Two protesters were shot during the siege of the Capitol, one is confirmed dead at this time. Clear video of the shooting went viral on social media.

Sund's resignation letter was tweeted by a Politico journalist.

"There was a failure of leadership at the top of the Capitol Police. He hasn’t even called us since this happened," Pelosi said in reference to Sund.

Capitol Hill police reportedly turned down help offered by the Pentagon to deal with the mob, the Associated Press reports. The Pentagon reportedly offered National Guard troops to be deployed ahead of the march on Washington, but was turned down by Capitol Police, sources say.

Justice Department leaders offered FBI agents to be deployed during the riots, but this offer was also reportedly turned down, according to AP.

"The Capitol Police must do better and I don’t see how we can get around that," he continued.