Catherine McKenna took a quick break from Canada’s 100% guaranteed imminent destruction at the hands of the climate crisis, and attacked a member of the Conservative campaign staff on Twitter 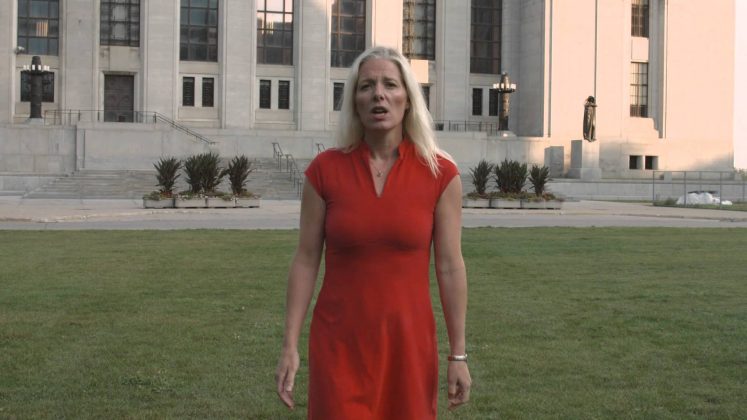 Catherine McKenna took a quick break from Canada’s 100% guaranteed imminent destruction at the hands of the climate crisis, and attacked a member of the Conservative campaign staff on Twitter: “It’s incredibly disappointing that the Conservative Party’s national campaign is being run by one of Rebel Media’s former directors. Yes, this Rebel Media.”

Get the fainting couch ready.

Obviously, if Canada was facing a climate crisis, McKenna wouldn’t have the time to be on Twitter attacking a Conservative campaign staff member.

Also, does McKenna think that people who disagree with her aren’t allowed to be part of the political process?

Apparently, and that’s quite disturbing in and of itself.

But the big issue here is the hypocrisy.

With Gerald Butts having returned to the Liberal fold following his exile due to the SNC-Lavalin Scandal, it’s quite astounding that the Liberals are trying to make an issue out of campaign staff and advisors.

Is that a game they really want to play?

The fact is that the Liberals are the ones who have a problem, as the return of Butts shows a total sense of contempt for the Canadian People, and a willingness to put divisive partisanship above all else.

Every time Gerald Butts is mentioned, it reminds Canadians once again that while Butts was welcomed back into the Liberal fold with open arms, Jody Wilson-Raybould and Jane Philpott were unceremoniously booted out and punished for doing the right thing.

Of course, strategic wisdom on Twitter isn’t exactly Catherine McKenna’s strength, so it’s not a big surprise to see her swing and miss yet again on the social network.

After all, it wasn’t that long ago that McKenna was getting slammed for bragging about how nice the water in Ottawa is, which led to many viral Tweets about how out of touch she was for ignoring the Attawapiskat Water Crisis.

McKenna also demands that Canadians—who are already facing a Cost of Living Crisis—pay higher and higher taxes so she can virtue-signal on the world stage. At the same time, she posts photos of herself flying around the globe on gas-guzzling jets, living it up at our expense.

McKenna’s hypocrisy is symptomatic of the arrogance and elitism of the Trudeau Liberal government, and her latest Twitter attacks are just the latest in a long line of foolish communication attempts by Canada’s minister of weather.