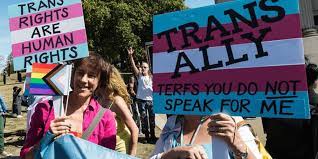 New census data shows that just .33 percent of Canadians identify as transgender or non-binary, according to CTV News.

This is the first census that differentiates between "sex at birth" and "gender." Previous surveys asked about sex, with the 2021  asking about both "sex at birth," which it said is "determined by a person's biological characteristics," and "gender."

Statistics Canada said it would narrow gender down into two categories "to protect the confidentiality of responses provided," and they will be labeled "men+" and "women+." Each term will encompass some people who identify as non-binary.

The Liberal government added "gender identity and expression" to its list of prohibited grounds of discrimination in 2017, amending the Criminal Code to include them as an identifiable group subject to hate speech and crimes.

In Statistics Canada's mandate, they say it is aiming to develop "a Gender-Based Analysis Plus (GBA+) data hub to support evidence-based policy development and decision making, both within the federal government and beyond."