"With this latest LGBTQ+ focused partnership, we are building on that history and reinforcing Chevy’s commitment to driving substantive cultural progress." 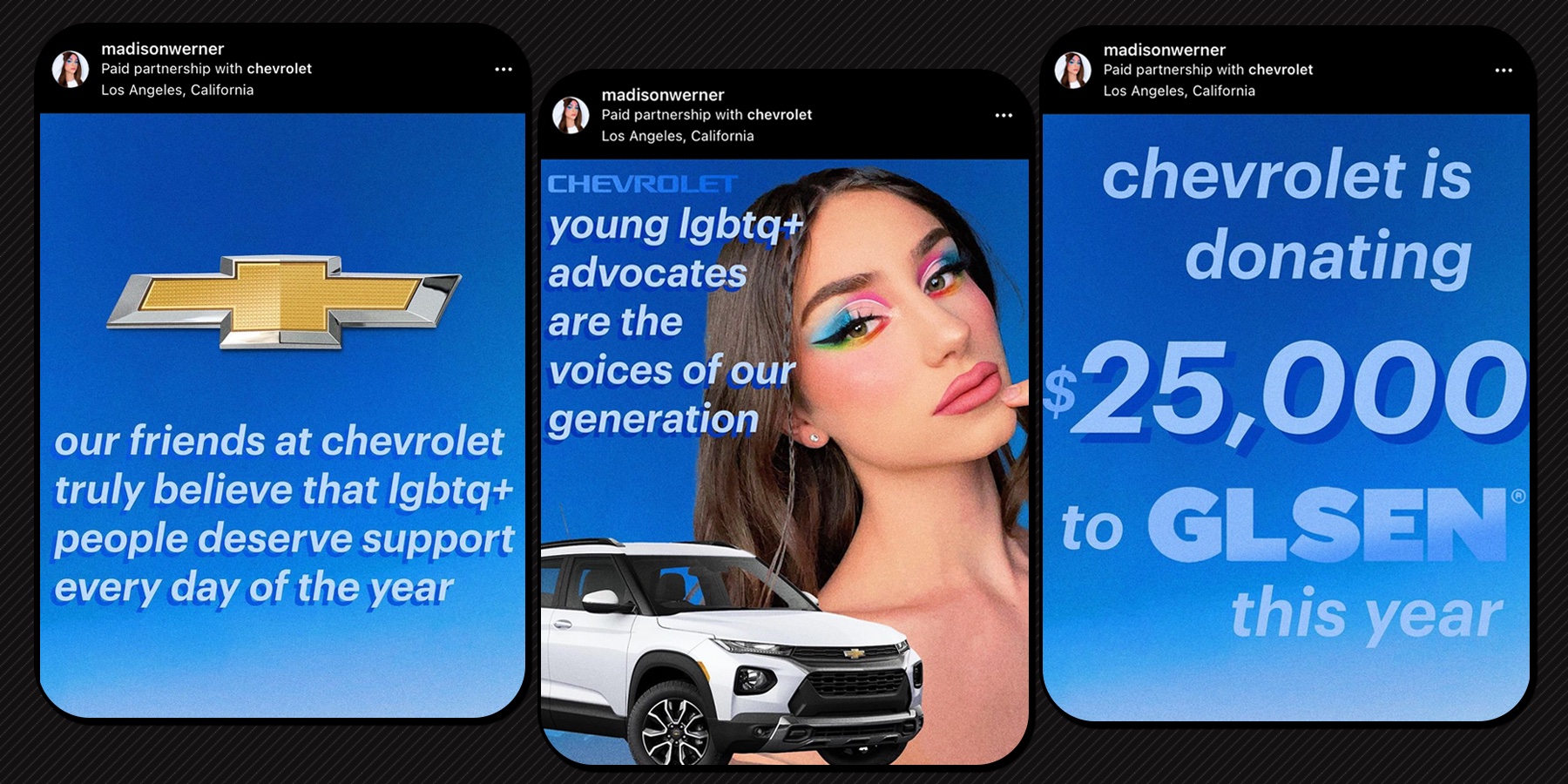 General Motors' Chevrolet brand has entered a partnership with GLSEN, an advocacy group that pushes gender ideology in K-12 education both in the US and worldwide. Chevy joins the ranks of other mega-brands like Disney and Target, incorporating lucrative social justice initiatives into national marketing campaigns.

Chevrolet and media company Q.Digital are creating a new "series of documentaries and in-depth articles around leading LGBTQ issues," as part of a content series called "Authentic Voices of Pride." The video series will include the topics LGBTQ Families, Drag as Activism, Inclusion in Sports, Youth Homelessness, and Justice Reform.

"At Chevrolet we have a history of leading and supporting initiatives that promote inclusion and diversity," said Chevy marketing VP Steve Majoros. "With this latest LGBTQ+ focused partnership, we are building on that history and reinforcing Chevy’s commitment to driving substantive cultural progress. Authentic Voices of Pride highlights the stories, struggles, and triumphs of LGBTQ+ individuals to continue to be a driver for societal change and progress."

GLSEN describes themselves on the About Us page of their site as a group of educators who "play key roles in creating affirming learning environments for LGBTQ youth." But under the guise of inclusivity and advocacy for human rights, activist groups like GLSEN push for indoctrination of gender ideology in K-12 education.

GLSEN provides Model Local Education Policy, various initiatives to include males into female sport categories, a pronoun form for socially transitioning children on school grounds, with the option to keep it secret from parents, all with the express goals to "activate supportive educators," "pass and implement LGBTQ-affirming policies," and "advocate for inclusive and affirming curriculum."

A closer look at one of GLSEN’s inclusivity guides shows that children are being given ideologically torqued information about human biology, such as that biological sex is a "spectrum" or "social construct," in order to plant the false notion in children’s heads that being male or female is a matter of personal choice.

"when teaching science it can quickly get very binary (sperm/egg, male/female, XX/XY)," reads a section in the inclusivity guide, "the most important thing is to dismantle this polarizing way of thinking and giving ample examples of ways that nature is not binary. science class can be a place where a very complex world can be, incorrectly, summarized in binaries."

"Sometimes things in nature are true binaries, like the fact that there are only two biological sexes in humans and most animals. These lessons attempt to plant the false idea in students’ heads that if something is true for other species, it must necessarily be true for humans as well. But this is not always the case. While biological sex in some non-human species may be fluid, this does not mean that it is also true for humans. Giving children a proper education in biology means to cover both the similarities and differences between species."