"That was just simply a mistake," Mayor Lori Lightfoot said of the "inappropriately coercive" request. 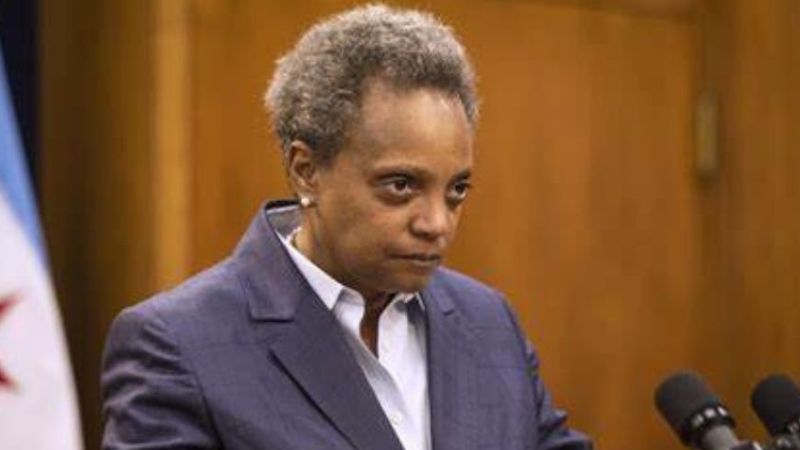 Olivia Rondeau
Jan 15, 2023 minute read
ADVERTISEMENT
ADVERTISEMENT
Chicago Mayor Lori Lightfoot on Sunday responded to reports that her re-election campaign made an "inappropriately coercive" request to get public school teachers to offer extra credit to students in exchange for helping her "win."

On MSNBC's "The Sunday Show," the Democratic politician admitted to the wrongdoing, which is now under investigation, saying it "was simply a mistake."

"Look... in our zeal to make sure that young people had an opportunity to participate — and they are flocking to our campaign — one of our staffers reached out through publicly-available information to [Chicago Public Schools] teachers and our city colleges," Lightgoot told host Jonathan Capehart. "That was just simply a mistake."

"I'm the mayor of the city. I'm not somebody aspiring to be the mayor. And the wall between the campaign and the official side has to be impenetrable, and it will be, and that was a mistake," the mayor added.

A Chicago Public Schools spokesperson alerted WTTW News that "as a rule, the district does not coordinate with any political candidates or campaigns. It has not done so to date and will not be doing so."

In a full statement, the state's ACLU branch said, "The Lightfoot campaign's email to Chicago Public School teachers urging them to offer extra credit to students as an incentive to volunteer on the Mayor's re-election campaign is inappropriately coercive and raises First Amendment concerns."

"The Supreme Court has made clear that government officials cannot use their office or power to coerce participation or to punish for lack of participation in political campaigns." According to the nonprofit, the campaign's actions "harken back to the worst days of the Chicago political machine."

"To be clear, this is now Mayor Lightfoot's responsibility. It cannot be swept away by statements from subordinates in her campaign," the ACLU continued. "The Mayor should personally and publicly renounce this infraction in strong, explicit language, making clear that no one in Chicago should feel compelled to participate in her re-election campaign. That is what is necessary in this moment."

Chicago Teachers Union President Stacy Davis Gates said Lightfoot's campaign acted in a manner that was "unethical," and that she was worried that teachers might face retaliation for refusing to enlist students for the campaign.

The office of Chicago Public Schools' Inspector General confirmed to NBC News on Thursday that it had "opened an investigation into this matter and we are currently gathering information to determine which, if any, policies have been violated."

Already, the Chicago mayoral race is heating up, with a recent poll showing Congressman Jesus "Chuy" Garcia in the lead over incumbent Lightfoot. ​​
ADVERTISEMENT
ADVERTISEMENT
LoriLightfoot