“Since my prior requests for office time are routinely ignored, I am now resorting to this.” 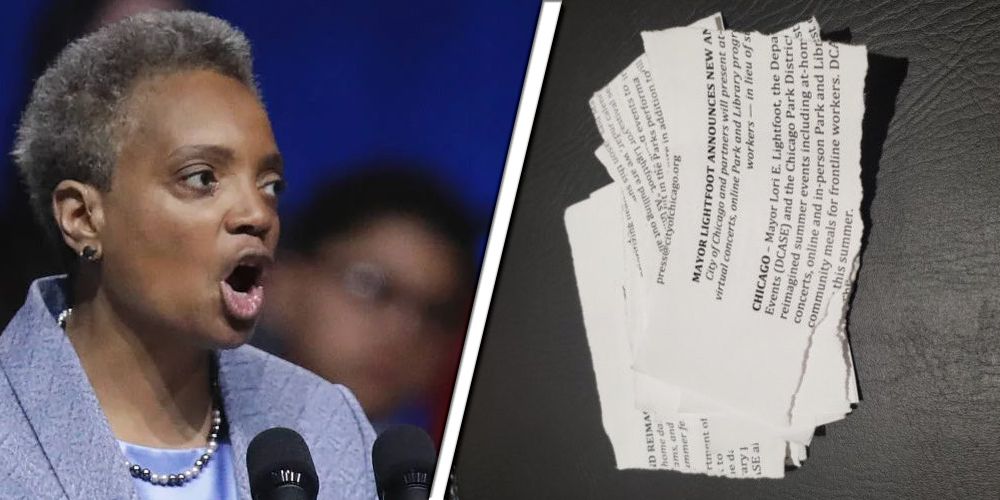 A recent FOIA request granted to local reporters in Chicago reveals what it feels like to work under progressive Mayor Lori Lightfoot.

Chicago Tribune reporter Gregory Pratt posted the following email exchange back on Saturday. In it, a message is sent from "MLL" to staff recipients: "Since my prior requests for office time are routinely ignored, I am now resorting to this."

"I need office time everyday!" is repeated 16 times. "Not just once a week or some days, everyday!" repeats 10 times. "Breaks or transition times between meetings are not office time" repeats seven times. "If this doesn’t change immediately, I will just start unilaterally cancelling things every day" repeats five times.

Pratt posts a link to a Chicago Tribune article from last month, which outlines the stressful work culture at City Hall causing significant turnover. Vacancies like the Water Commissioner position are crucial to Chicago's daily stability, yet Lightfoot is incapable of finding a permanent replacement in a timely manner.

It's the same story across several key positions. "At least a dozen top people have resigned or said they’re on their way out since late last year. Several positions have remained unfilled for weeks or months," the article says.

But seeing is believing.

"I have asked nicely, now I am done," Lightfoot said to staff members alongside a photo of ripped up documents.

It was last month when Lightfoot announced her intention to only grant interviews to black or brown reporters. In a little over a week's time, the Daily Caller Foundation filed a lawsuit over the policy.

Attorneys for Chicago's Mayor responded by claiming the litigation was unnecessary because Lightfoot only did it for two days, before reportedly stopping.