Parents to receive big cheques from Ford government for childcare

The rebate was a part of the PCs platform and was a campaign promise, and it’s a promise that the FOrd government has laid out in clear detail. The plan was adopted from former PC leader Patrick Brown’s platform, and was dubbed the “People’s Guarentee.” 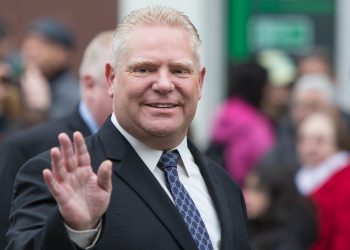 The Ford government intends to unveil tax rebates for daycare costs in their first budget breakdown on Thursday.

According to CBC sources close to the Ford government, the province is ready to make a child-care rebate a fixture for the province.

The rebate was a part of the PCs platform and was a campaign promise, and it’s a promise that the Ford government has laid out in clear detail. The plan was adopted from former PC leader Patrick Brown’s platform, and was dubbed the “People’s Guarantee.”

The sources could not say whether the daycare rebate to be presented in the budget will be exactly what the PCs previously promised.

Ford’s spokesperson is reportedly neither confirming nor denying the plan.

“We can’t confirm tax changes that may or may not be in the budget,” Simon Jefferies, the premier’s director of media relations, said in an email to CBC News. He said Ford and the PCs “campaigned on making child care more affordable and accessible, while ensuring parents have the flexibility and choice to make the best decisions for their family.”

As outlined by the CBC, the Ford government pledged:

“The government would give the lowest-income households a rebate of up to 75 percent of eligible child-care costs, deemed to be $9,000 a year for a child younger than six. For most families, the rebate would range from 57 to 60 percent of their daycare fees.”

The maximum annual refunds would be:

The rebate would be provided as a refundable tax credit rather than a tax deduction, so even if a parent pays no income tax, they would still receive money from the government. The current income tax deduction for child-care expenses would be eliminated.

While the PCs indicated the rebate would be geared to income, critics have said the structure proposed would unfairly benefit upper-income households.

For a family that has one child under six, this means the maximum refunds would be:

The total costs for the program are still unclear.

Upon the rebates announcement by former premier Brown, the PC party pegged costs at ~$389 million annually. Premier Ford also used that number during his campaign. Now, though, detailed breakdowns published by the C.D. Howe Institute puts costs at a higher figure, at about $945 million a year, though costs will shrink due to parents being able to return to the workforce.

This in turn would create more tax revenue, decreasing costs by a considerable amount.

Brown promised that the rebate would not go to anyone with a household income above $200,000. Whether this info will hold true to the Ford government’s plan is still unclear.

According to campaign promises made by Ford, all forms of childcare are to be covered, including everything from day care facilities, all the way to at-home nannies or babysitters

With Canadian families spending nearly 25 percent of their income on childcare, changes to the current system are not only welcomed by Ontarians, but a near necessity.

According to the OECD, average two-income families in wealthy countries spend around 15 percent of their income on child care. Canadian families spend as high as 22 percent, higher than all but five countries that the OECD monitors.

What do you think about the Ford government’s potential plan?