The head of Wuchang’s city hospital in Wuhan,
Dr. Liu Zhiming is still being treated for coronavirus according to health officials. 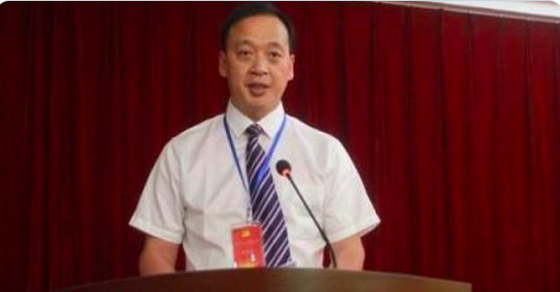 The head of Wuchang’s city hospital in Wuhan is still being treated for coronavirus according to health officials. According to the Chinese government, Dr Liu Zhiming is said to be undergoing resuscitation after contracting the deadly virus but is alive, despite some reports claiming he had died. Many Chinese citizens remain skeptical of the news that Dr Liu remains alive due to previous attempts to cover up deaths of medical personnel.

Dr Li Wenliang died of coronavirus earlier this month. Wenliang was responsible for making knowledge of the coronavirus public and was punished for doing so by Chinese officials. His hospital denied any reports of his death initially before confirming it according to the Daily Mail.

All media outlets were instructed to suppress the coverage of the passing of Dr Li Wenliang. The news of this denial caused a great backlash from the public over the cover-up. Many took to social media to express their rage with the government however their posts were quickly censored.

“He wasn’t allowed to speak. He wasn’t even allowed to die,” wrote one person via the Chinese messaging app WeChat.

“Dr Li Wenliang was only allowed to ‘die’ after most web users had gone to bed,” wrote another person.

Dr Li’s family was paid just over $150,000 after Beijing ruled his death a ‘work place injury’ following the online backlash for the whistleblower.

Liu Fan, 59, was a nurse at Wuchang Hospital who died of the coronavirus after contracting the disease at work last Friday. It’s suspected that Ms. Liu became infected with the disease after failing to get a hazmat suit due to the shortage of medical supplies in Wuhan. The hospital has denied any such rumours.

The hospital released a statement urging all medical workers to protect themselves during work.

It continued: “All neighbourhood clinics need to enforce personal preventative measures according to requirement.”

“In this battle, the virus is cruel. We express our deepest condolences for comrade Liu Fan’s passing”

“We sincerely hope all medical workers remain healthy and will return safe and sound after the battle.”

Chinese authorities have said that those who died from contracting coronavirus in the line of duty should be named martyrs. The Political Work Department of the Central Military Commission said that family members of medical workers who’ve passed should receive financial compensation from the government.

Dr. Liu was the most high-profile medical worker to contract the virus and die and became even more famous after being reprimanded by police and accused of spreading “fake news.” It was in response to a social media post of Dr. Liu, warning of “SARS at a Wuhan seafood market” on December 30. Li’s post came two weeks before the coronavirus broke out in the city.