State-run media reports that the disaster in Afghanistan should be a warning to Taiwan that the US will not help them should China seek to overtake the island. 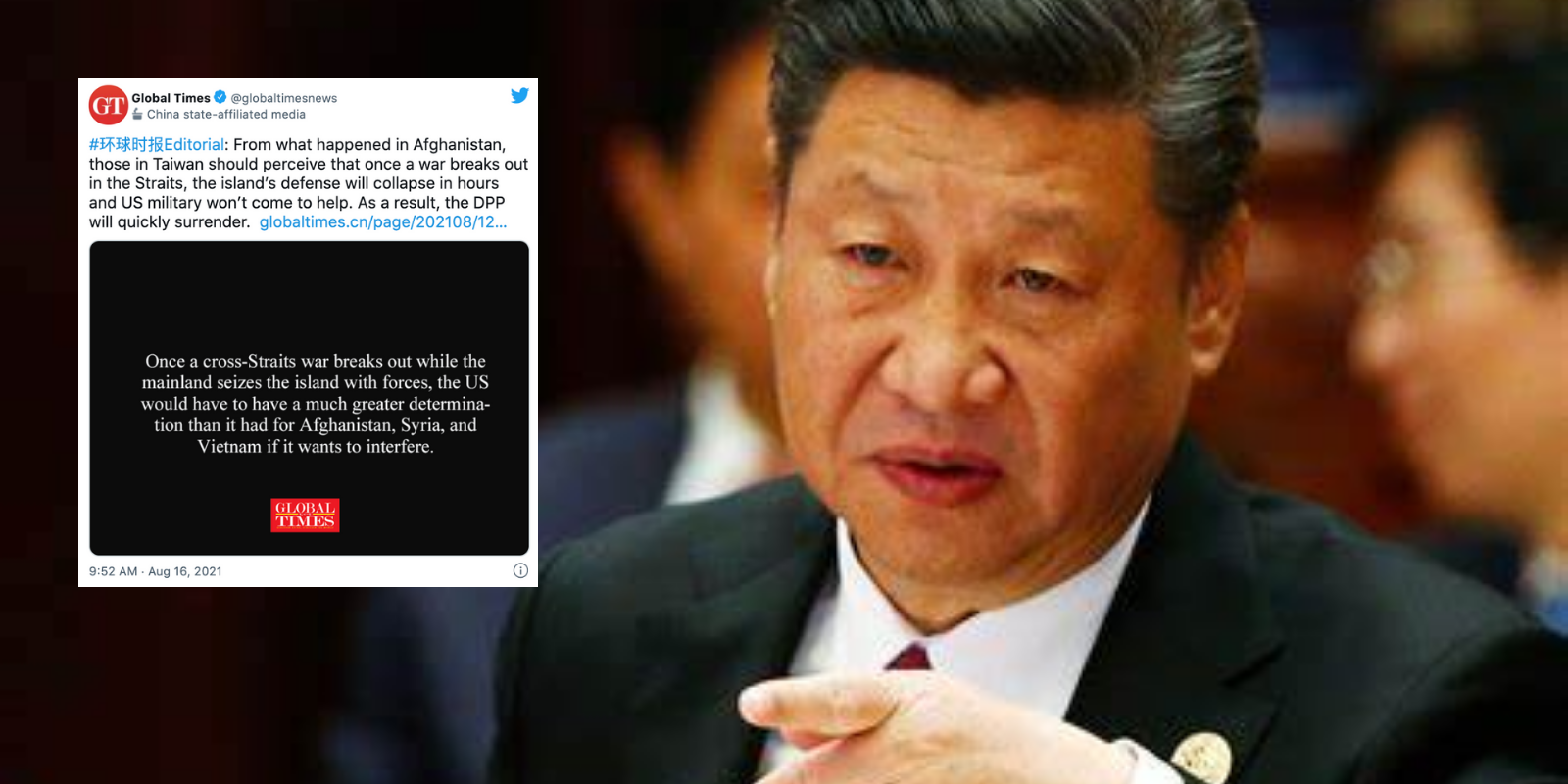 Beijing announced their intentions of having a friendly, amicable relationship with the Taliban, which took over Afghanistan over the weekend in light of the US withdrawal from that nation. State-run media reports that the disaster in Afghanistan should be a warning to Taiwan that the US will not help them should China seek to overtake the island.

Chinese state-tun media outlet Global Times reported that "From what happened in Afghanistan, those in Taiwan should perceive that once a war breaks out in the Straits, the island's defense will collapse in hours and US military won't come to help."

"As a result," Global Times writes, "the DPP will quickly surrender."

The Chinese Communist Party under the head of President Xi Jinping is the first nation to acknowledge the new Taliban government. Foreign Ministry spokewoman Hua Chunying said on Monday that "China respects the right of the Afghan people to independently determine their own destiny and is willing to continue to develop... friendly and cooperative relations with Afghanistan," The Daily Beast reported.

Editor-in-chief of the Global Times, Hu Xijin, remarked that the hand-off between the US-backed government in Afghanistan and the Taliban was "even more smooth" that that which saw a transition between President Trump and President Biden.

The editorial in the Global Times cautions that "How Washington abandoned the Kabul regime particularly shocked some in Asia, including the island of Taiwan. Taiwan is the region that relies on the protection of the US the most in Asia, and the island's Democratic Progressive Party (DPP) authorities have made Taiwan go further and further down this abnormal path. The situation in Afghanistan suddenly saw a radical change after the country was abandoned by the US. And Washington just left despite the worsening situation in Kabul. Is this some kind of omen of Taiwan's future fate?"

The US is an ally of of Taiwan, though China repeatedly condemns those who recognize Taiwan as an independent nation. They went so far as to demand that NBC correct a map they broadcast during the Tokyo that did not show Taiwan as part of China.

The US and Taiwan have had a defensive pact since March 3, 1955, and relations between the two nations have subsequently been governed by the 1979 Taiwan Relations Act.

Xi Jinping said during a recent speech celebrating 100 years of communism in China, that "Resolving the Taiwan question and realizing China's complete reunification is a historic mission and an unshakable commitment of the Communist Party of China."

"We must take resolute action to utterly defeat any attempt toward 'Taiwan independence,' and work together to create a bright future for national rejuvenation. No one should underestimate the resolve, the will, and the ability of the Chinese people to defend their national sovereignty and territorial integrity," Xi said.

China continues to refuse to recognize the existence of Taiwan as an independent nation. China essentially took over Hong Kong during the pandemic, squashing pro-democracy protests, arresting both activists and those in media who advocated for democracy and autonomy for Hong Kong. The arrest of media mogul Jimmy Lai, and his sentencing, resulted in the end of the last free media in Hong Kong.