The San Diego teaching materials define the "gender binary" as a social construct that oppresses and excludes "trans, nonbinary, intersex, and gender-nonconforming people." 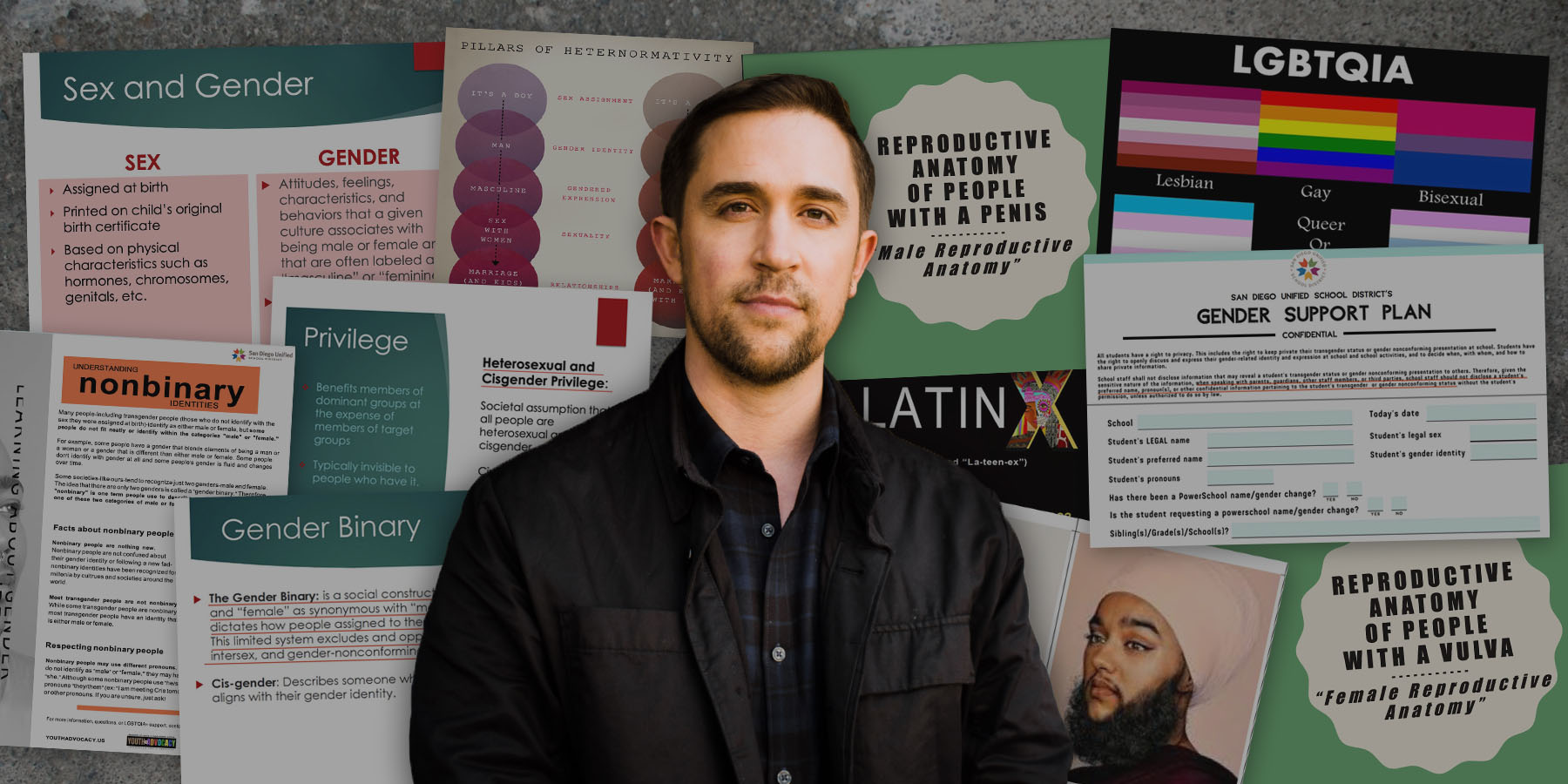 Christopher Rufo, perhaps best known for exposing the excesses of critical race theory and gender ideology in public school curricula, tweeted on Wednesday that he uncovered a teacher training program from the San Diego Unified School District that infuses radical gender theory and other social justice belief systems into their curriculum.

"The district has gone all-in on radical gender theory," tweeted Rufo, along with a screenshot from the teaching materials that define the "gender binary" as a social construct that oppresses and excludes "trans, nonbinary, intersex, and gender-nonconforming people."

The educational materials claim that sex is "assigned at birth" rather than observed and recorded, implying that an arbitrary decision was made by a doctor. This plants the idea in children’s heads that being a girl or a boy has nothing to do with biology, and is instead all about how one feels. Instead of teaching the biological reality of distinct sex categories, male and female, the San Diego Unified School District has opted for radical gender pseusdoscience.

"According to the district, the gender binary has resulted in a system of 'heteronormativity' that distributes 'heterosexual and cisgender privilege'—the sexual analog of 'white privilege'—that ‘results in institutional power’ for straight white men," tweeted Rufo, paraphrasing from the screenshots of the curriculum.

"The solution, the district suggests, is to dismantle 'heteronormativity' and the 'gender binary.' This means eliminating gendered language and promoting synthetic sexual identities such as 'transgender,' 'genderqueer,' 'non-binary,' 'pansexual,' 'asexual,' and 'two-spirit,'" he continued.

Rufo also revealed teaching materials that encourage teachers to use the term "Latinx" despite being wildly unpopular among Latinos. "They want a 'linguistic revolution to move beyond gender binaries,' including use of the term 'Latinx,' which 'makes room for people who are trans, queer, agender, nonbinary,' etc," said Rufo.

Rufo appeared on Sean Hannity’s program on Wednesday night, who highlighted the sexual education curriculum which implements "gender inclusive" language. The terms "people with a penis" and "people with a vulva"  are used in place of males and females, and invoke the radical concept in gender ideology that says girls can have penises and boys can have vaginas. The Sexual Health Education Overview is produced in collaboration with Planned Parenthood.

On Thursday, Rufo followed up with an additional document outlining the use of "gender support plans" for individual students that are used to facilitate their social transition without their parents’ knowledge.

"The district's official policy is that teachers and administrators can facilitate a child's gender or sexual transition and, by default, must keep it a secret from that child's family. This is an egregious violation of a parent's fundamental rights," said Rufo.

Rufo announced Wednesday that he is working on a ten-part investigative series on radical gender theory in American schools.