Chrystia Freeland has been a total failure

Foreign Affairs Minister Chrystia Freeland is one of the top examples of an elite who gets praised, yet fails over and over again. 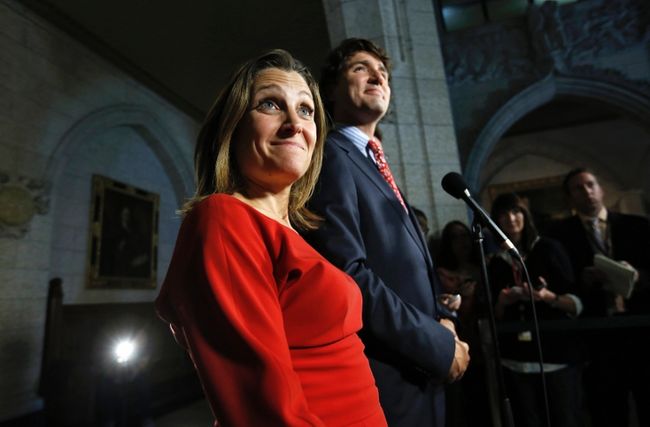 One of the things you’ll notice about many of the elites in powerful positions is that they have absolutely no record of success whatsoever.

Instead, their power comes from simply repeating the same combination of words that the other elites spew out, reinforcing their mutual incompetence and hiding it behind the veil of carefully-crafted talking points.

Foreign Affairs Minister Chrystia Freeland is one of the top examples of an elite who gets praised, yet fails over and over again.

She may have been a good journalist, but in a top government position, she has been a total failure.

Let’s take a look at her record:

Relationship with the US

Freeland issued a virtue-signalling Tweet that damaged relations with the Saudis. That wouldn’t be a problem at all, and could actually have been a good thing, but Freeland managed to handle it in the worst possible way. She issued the Tweet, caused the relationship to worsen, but then refused to stop selling weapons to the Saudis, refused to ban Saudi oil, refused to push back when the Saudis totally overreacted, and gave off an impression of both arrogance and weakness.

Freeland has overseen a relationship in which two Canadians were kidnapped by Communist China, China is blocking our exports, China denigrates, insults, and demeans our nation, and they keep getting away with all of it. She has so little leverage and so little influence that she literally can’t even get her phone calls answered.

India has told Freeland that relations will remain in the dumps until action is taken on the issue of Khalistani extremism. But instead of dealing with it, Trudeau and Freeland have pandered for political reasons. India has also blocked some of Canada’s exports. Despite being the world’s largest democracy, and despite having many values that are in line with Canada, our relationship with India is currently awful.

I could go on here, but you get the picture. We have never before seen such terrible relations with such a wide array of countries as we see today. If we weren’t getting along with countries like Saudi Arabia and China it would be fine, since we would usually be getting along with democratic allies like the US and India.

But nope, under Freeland, all relationships have been botched.

With no successes in her job, we are still told for some reason to think that Freeland is “doing things well.”

Any reasonable, objective look at the facts makes clear that Freeland has totally failed as Foreign Affairs Minister, and Canada is far worse off than before she was given that job.