Protestors held a “sit-in” outside the Ministry of the Environment on Bay and Wellesley Street as part of the Global Day of Climate Action to demand climate justice and a “clean and just recovery” from COVID-19 that prioritizes climate solutions. 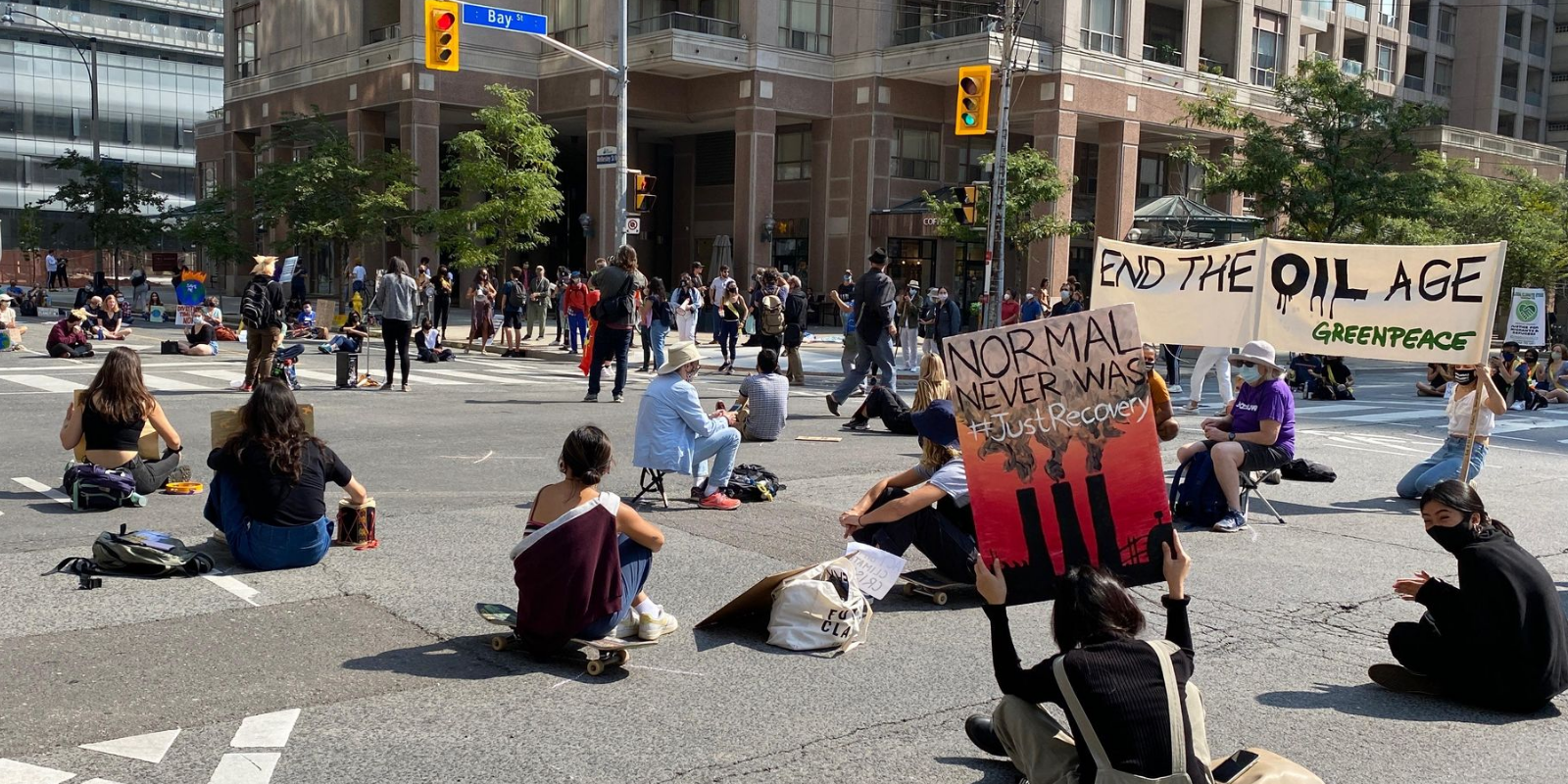 Protestors held a “sit-in” outside the Ministry of the Environment on Bay and Wellesley Street on Friday afternoon as part of the Global Day of Climate Action to demand climate justice and a “clean and just recovery” from COVID-19 that prioritizes climate solutions while uplifting "marginalized" and "oppressed communities."

Organized by the Toronto chapter of Fridays For Future — the climate strike movement inspired by Swedish environmental activist Greta Thunberg — the event attracted about 200 people.

Sitting in social circles on socially-distanced markers, the protesters listened to a series of speeches by local activists and chanted calls including “no more coal, no more oil! Keep that carbon in the soil!”

Earlier this month, Prime Minister Justin Trudeau Global News that "green recovery" would be part of an "ambitious green agenda” which would be unveiled during his throne speech. In reality, the announcement mostly contained past promises such as banning single use plastics, becoming carbon-neutral by 2050, and expanding urban parks were reiterated.

Speaking to The Post Millennial, Ruby Swartz from Fridays for Future had this to say: “The throne speech was an opportunity for Trudeau to come out with bold and radical climate solutions, and it fell short. It was the same that we’ve been hearing throughout his entire prime ministership of ‘I’m gonna do this, I’m gonna do that’, and he never follows through.”

During the throne speech, it was also announced that the Trudeau government would plant 2 billion trees, a promise the Prime Minister had originally made following a meeting with Greta Thunberg in September 2019 during the height of the “Climate Strike” movement. She had said he was “not doing enough” to combat climate change. La Presse have reported that in the year since, 0 have been planted.

Laura Hernandez from Friday’s for Future feels “It’s a lot of nice words, but no real action.”

Ruby Swartz agreed. “I think this is an example of him not following through on what he said. We are out here demanding systemic changes, and that’s been the continuous message of youth climate movements. Planting trees is not that.”