CNN contributor tweets ‘The world today needs a Hitler’, has history of anti-Semitism 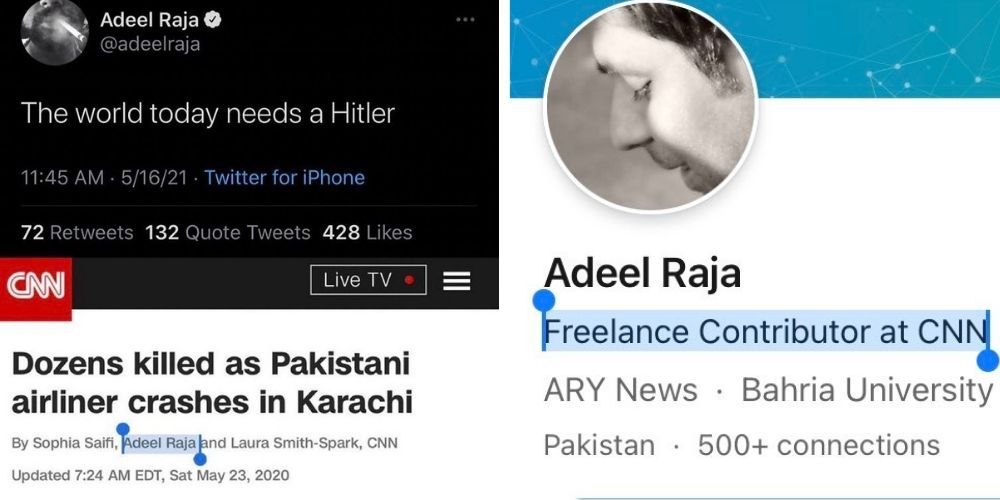 Raja, who lists himself as being a CNN contributor on his LinkedIn profile, has reportedly written at least 50 articles for the outlet.

He also lists himself as living in Pakistan and says on his LinkedIn that he works at ARY News, a Pakistani news channel.

After seeing Sunday's post, Twitter users dug up numerous other posts, most dating from 2014, that praised the Nazi leader for the Holocaust.

One post simply states "Hail Hitler," while another posted the day before states that he supported Germany in the Soccer World Cup Final was because "Hitler was a German and he did good with those Jews."

"Adeel Raja has never been a CNN employee. As a freelancer, his reporting contributed to some newsgathering efforts from Islamabad. However, in light of these abhorrent statements, he will not be working with CNN again in any capacity."