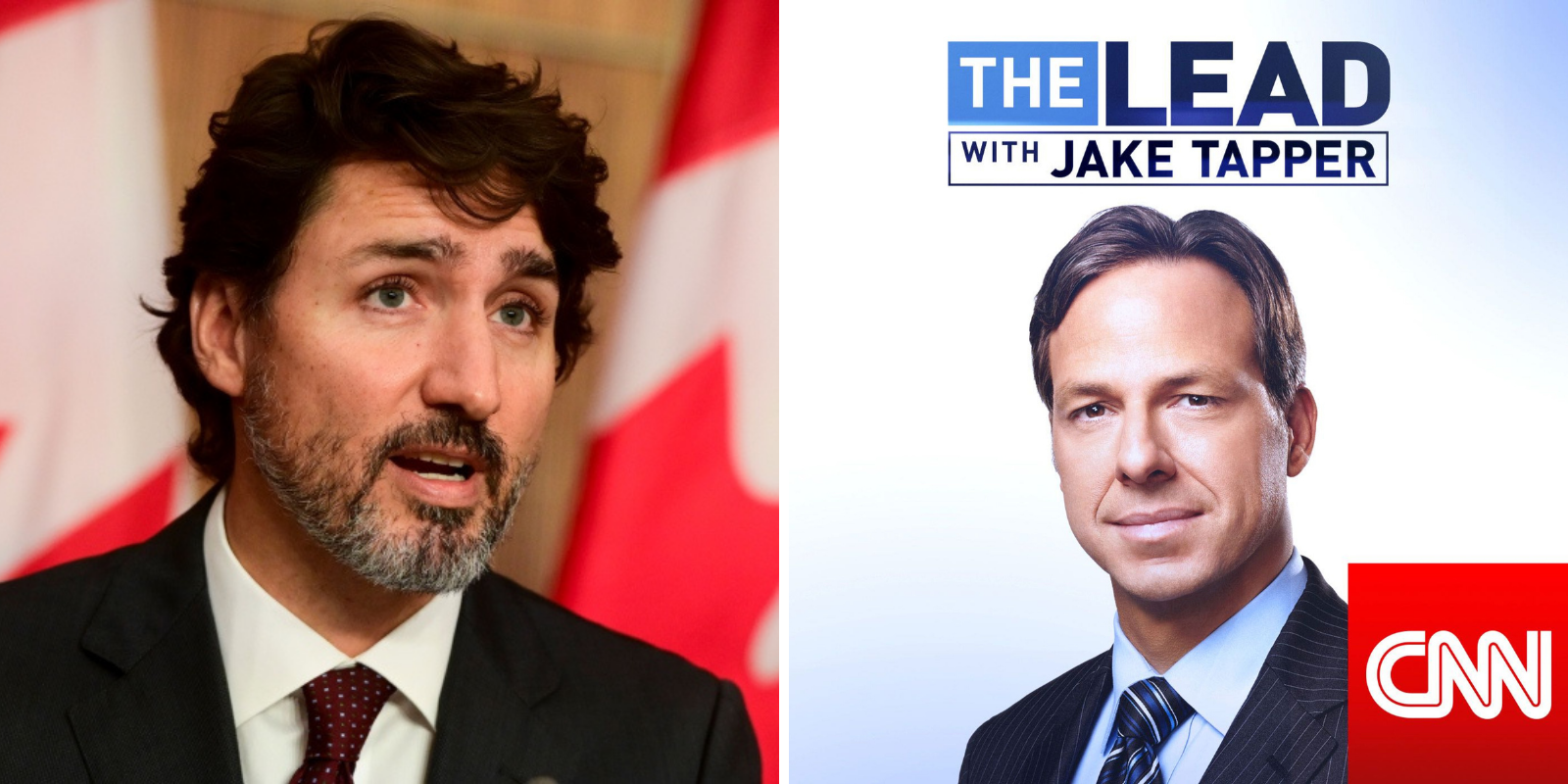 CNN anchor Jake Tapper has challenged Prime Minister Justin Trudeau over his apparent claim that the American broadcaster did not work with the facts when they reported on his abysmal handling of vaccines.

When the Conservative leader Erin O'Toole raised Tapper's reporting in Canada's House of Commons, Trudeau responded by saying "it’s really important that we work from facts."

Tapper tweeted on Tuesday that he agrees, and then went on to ask "what are the facts about Canada’s vaccine acquisition and rollout?"

He went on to ask "what facts in this Paula Newton piece does Justin Trudeau dispute?"

Charles Adler, who isn't always so critical of the prime minister, said that the "prime minister over the weekend said Liberals can always do better. This was a good day to test that proposition. Someone failed."

Justin Trudeau has a fairly dismal performance in Parliament today after he told Canadians that "vaccines aren't enough to end mask mandates and social distancing restrictions."

This, however, is not the only scathing media report that Americans have made about Canada. The unapologetically left-wing CNN told their viewers this week that Canada's vaccination roll-out has been "a real failure by the Trudeau government."

The most aggressive American attack on Justin Trudeau has, of course, come from Tucker Carlson. Earlier this month, the Fox News host dedicated a significant portion of his show to Trudeau's coronavirus hotels.

He accused the prime minister, not only of general incompetence, but also of violating Canadian's civil liberties.