“In the purity wars, no one wins.” 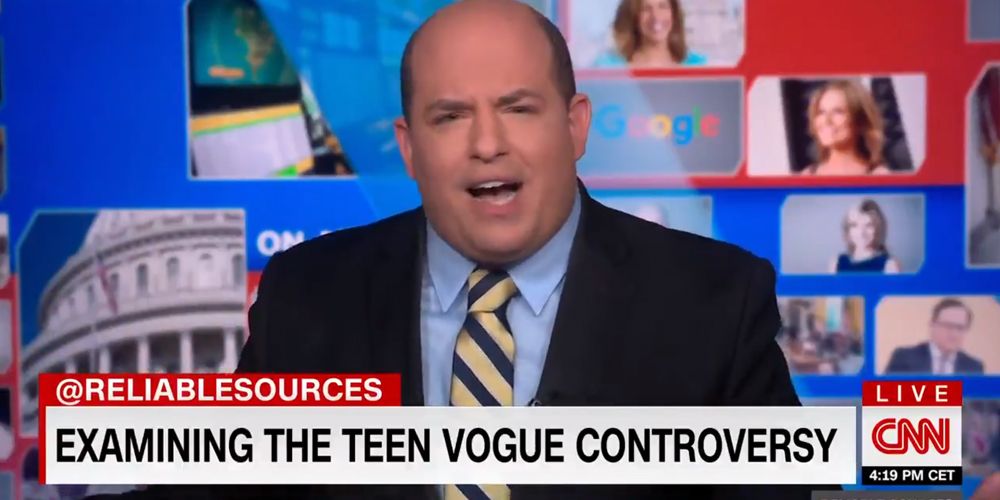 The 35-year-old CNN reporter pleaded for mercy on his show last night. In the segment he highlighted the turmoil at Teen Vogue that cost the outlet a million dollar advertising deal.

One has to wonder where Brian’s gracious side was when Tucker Carlson got in the angry mob’s crosshairs. Flashback to last week and Stelter ran a segment saying the Fox News host was “the new Donald Trump. Tucker has taken Trump's place as a right-wing leader, an outrage generator, a fire-starter…” The month before that segment Stelter condemned Carlson for calling CNN losers.

But now Brian Stelter wants the partisan fighting to stop.

We have to commend Brian Stelter for his bravery in publicly admitting that his circle of professional friends would “not excuse racist tweets.” It’s the closest we’ll get to him acknowledging the political tolerance of his colleagues. As if to validate the notion that 27-year-old Alexi McCammond deserved to be ousted from Teen Vogue for tweets she made when was only 17.

“But these internal office battles zap energy away from the real struggle,” said Stelter. It’s easy to think back to cases over at New York Times within the past year. Both opinion editor Bari Weiss and the longstanding career of Global Health reporter Donald G. McNeil Jr. was shredded by this.

“Ultimately, Conde Nast failed her,” Stelter said. He believed Alexi’s case was the eye-opener moment that should usher in an age of “second chances and forgiveness.” David French agreed with Brian Stelter that her words as a teenager should not follow her throughout her professional career.