CNN's Jake Tapper has piled on with a warning that Trump aides battling the president's legal case could see their job opportunities vanish. 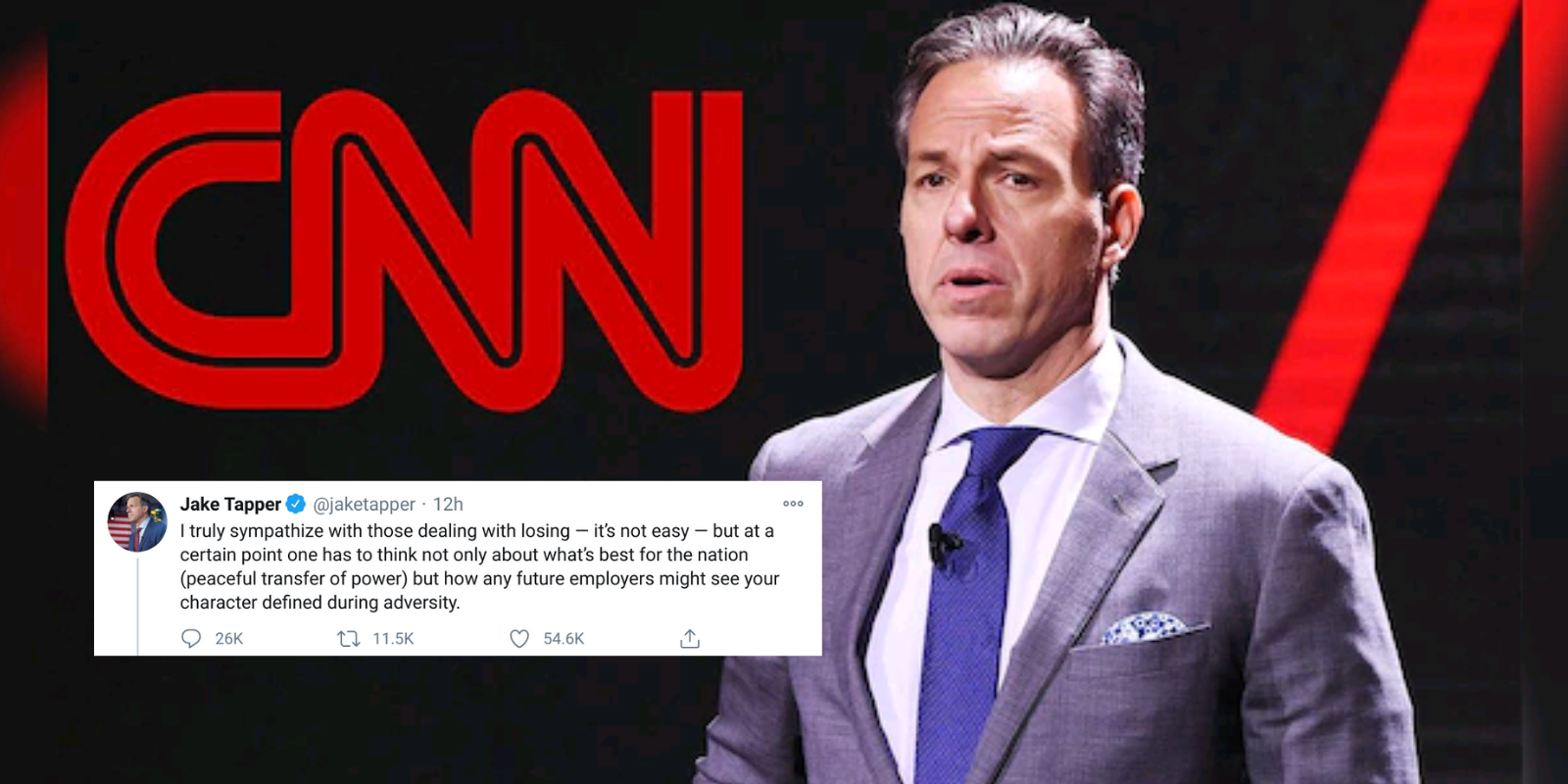 Days after "squad" member and New York Rep. Alexandria Ocasio-Cortez urged the blacklisting of "Trump sycophants," CNN's Jake Tapper has piled on with a warning that Trump aides battling the president's legal case could see their job opportunities vanish.

"I truly sympathize with those dealing with losing — it's not easy — but at a certain point one has to think not only about what's best for the nation (peaceful transfer of power) but how any future employers might see your character defined during adversity," Tapper tweeted, suggesting that an allegiance to President Donald Trump could be seen as a character flaw on paper.

Tapper added that he doesn't "expect the ride-or-die crew to listen." He then mimicked what future employers would say according to the scripted theatre inside his mind: "So, it says here on your resume that you drove a sex offender to testify at Four Seasons Total Landscaping, north of the Tacony-Palmyra bridge."

His commentary was met with criticism that called Tapper's remarks an unhealthy take. "In the best future society, the lawful, political actions taken in private life will not be accessible nor relevant to employment," UpGuard's director of risk research Chris Vickery responded.

"I agree with that 100 percent," Tapper conceded. "But read the next tweet in the thread — I'm talking about professional actions that go well beyond reasonable legal challenges or actions or due diligence and into the land of the wild and unhinged."

The attacks on the Trump team—including Ocasio-Cortez's call to archive pro-Trump tweets—appear to have only emboldened the GOP's campaign to expose voter fraud in key states across the nation.